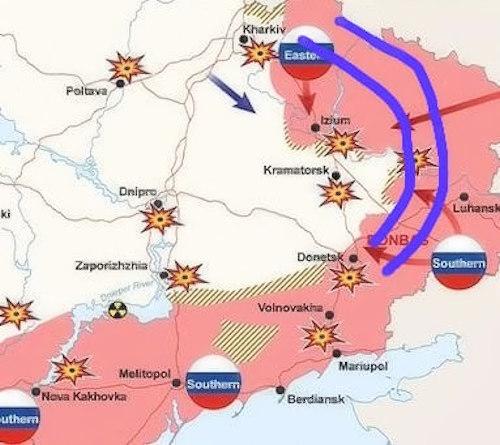 The war in Ukraine - now close to the end of four months - has introduced us to some places whose presence and above all whose structure influenced the course of the conflict: the Azovstal fortress-plant in Mariupol, the mega Azot factory in Severodonetsk and Hostomel airport gave the combat an unusual and unexpected trend.

Yet, there is an unusual element that, until at least mid-June, was unexpected only in the fact that it was not at the center of the hostilities: we are talking about Donetsk, the capital of one of the "People's Republics" recognized by Putin on February 21.

It does not take Sherlock Holmes' intuition to notice how Donetsk is really leaning on the line of friction between independent Ukraine and the area controlled by Moscow. Now, look at the map (opening image).

You may have noticed that from north to south the eastern flank is a "belt of fire", which right here, strangely, seemed less incandescent. A de facto situation had arisen between the two sides as follows: from April to June Russia exerted maximum pressure first on Mariupol and, then, more and more around and, now, inside the de facto capital of the Luhansk oblast , Severodonetsk. The Ukrainians, engaged by the Russians on a very long front - over 1.100 kilometers - probably did not feel they had to "raise the tension" in Donetsk, despite the exceptional proximity of the city to the Kiev fighters. Let's be clear: here we fight all right ... but nothing comparable to other places.

Then, something changed ... Over the past four days, a dozen powerful explosions have hit military bases and especially weapons and ammunition depots in the metropolitan area of ​​Donetsk. Among the targets hit by the Ukrainians we point out the congress and exhibition center ExpoDonbass, in which the Kiev press in the past had denounced a strong concentration of means and armaments.

The columns of smoke, from the suburbs to the city center, are visible in videos of which we show you some snapshots here. 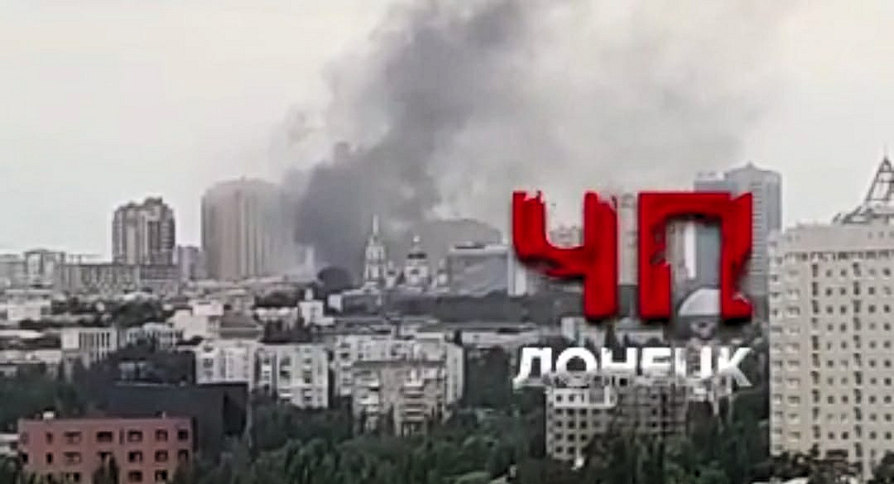 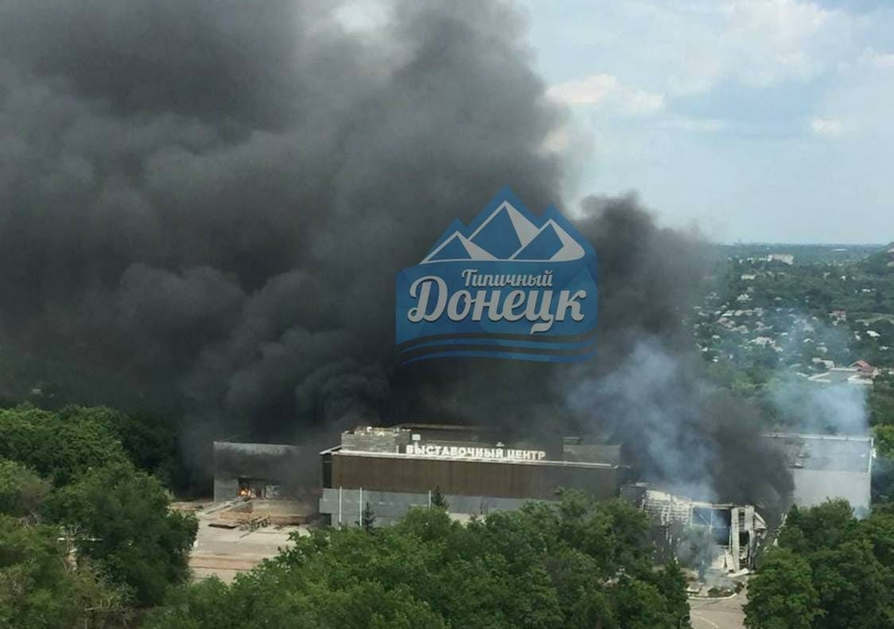 It goes without saying that the Russians have lost tens, perhaps hundreds, of tons of vehicles, weapons and ammunition.

What has changed? Yes, European and American howitzers have certainly arrived that can strike up to 80 kilometers deep. Then, a resistance network was activated, probably also connected to some anti-regime elements active within the Russian Federation.

Finally, we believe it probable that the exceptional effort carried out by the Russians further north has created a real "soft underbelly" in the South of the Donbass, to cover which the Kremlin troops will have to move some battalions southwards. Perhaps the real goal of the Ukrainians, beyond the enormous logistical damage inflicted?

Libya makes people talk about itself again; she is an actress who cannot miss on the Mediterranean scene where, instead, politics ...
927
Read

Vilnius calls, Minsk answers. Thus, we can summarize the (nth) frantic hours in the relations between the little but ...
11269
Read

For several days in Chad (one of the poorest countries in the world) demonstrations against the French presence have been raging ...
2657
Read