Home geopolitics Foreign Shorts The Americans will build a new base ... 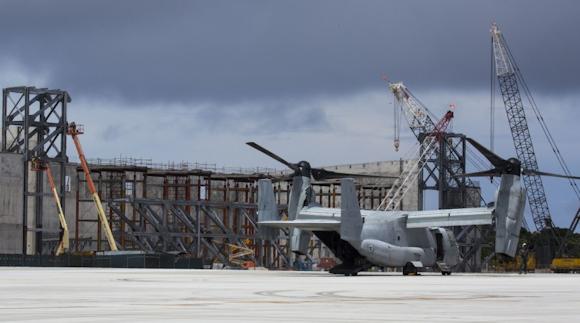 Tinian is one of the three main islands of the Commonwealth of the Northern Mariana Islands (CNMI), conquered by the United States in 1944. The island is considered by Washington as an emergency platform should the Guam air base become unusable due to a natural disaster or because of a war.

The intention of the Americans is to implement its infrastructure in order to allow the use of at least 12 tankers (such as the Boeing KC-767J and KC-46). The creation of a base in the South Pacific will allow American and Japanese forces to significantly increase air activity over the region.

The island of Guam serves as a strategic military facility, especially the air base, to deal with any conflict in the Asia-Pacific region. Its long runways and large aprons can accommodate hundreds of aircraft.

Chinese military analysts are well aware of the value of the Guam base for the United States. In recent years they have produced doctrines and means to attack it in case of conflict. 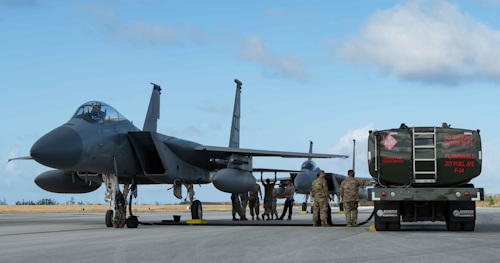 Tinian already has an airport, called North Field. The historic airport was used during World War II, but was later left when the focus shifted to Guam. Unlike Guam, it cannot be used to host bombers.

Apparently the US Air Force has deployed the F-15Es Strike Eagle for operational training but, due to the insufficient size of the facility, it was not possible to sustain operations for a long enough period of time.

The tension between China and the United States continues to be high. In this regard, the PLAAF (People's Liberation Army Air Force) released, last September, a video (below) in which H-6 strategic bombers are seen carrying out an attack on the US Air Force base in Andersen on the island of Guam.

Let's start with an apodictic fact: Kiev has never given up on wanting to regain the territories lost in 2014. This does not ...
4045
Read