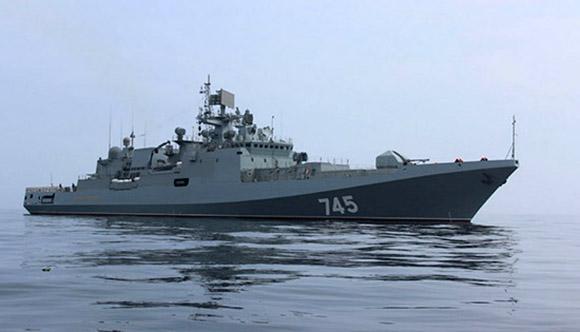 What is bouncing as a sudden Russian response to the launch of 'Tomahawk' missiles by the two American destroyers is actually a normal administrative maneuver.

The Russian frigate "Admiral Grigorovich", belonging to the Black Sea fleet, is rejoining with the rest of the Russian naval force already present in the Mediterranean for a customary and planned "shunting" maneuver.

The Admiral Grigorovich had already been invited to the Mediterranean last November, engaged as a missile launching platform Kalibr on military targets adverse to government forces: the frigate was framed in the anti-terrorism initiative launched by the Russian Federation in support of Syrian President Bahar Al Assad.

The naval task force of the Voenno-morskoj flot (ВМФ) which is based in Tartus, currently consists of 10 units, between warships and support ships.

The entry of Sweden and Finland into the Atlantic Alliance is in serious danger of causing, if not war ...
3188
Read