France: "paramilitaries ready to intervene ... to bring down the government"? 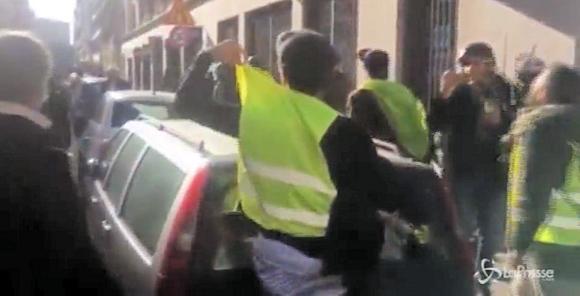 I questioned whether it is appropriate to write about the so-called yellow waistcoats in an online magazine that talks about defense and geopolitics, then I realized that wherever you look at the movement of the "Saturday protestors" it is just a matter of security, if not for the tens of thousands of forces of the order deployed and for the over a thousand agents and the military were injured in a more or less serious.

At the beginning of the movement, just over two months ago, in an article on Difesa Online I wrote that among the protagonists of the phenomenon "yellow gilets" there are several "old acquaintances: explosions of anarchist rage, squad violence and proletarian plunder already observed, Here in Italy" (v.articolo). We had guessed. But we had not foreseen that the phenomenon would be welded with an old acquaintance, anti-Semitic hate, in its neo-Nazi (European) and pro-Palestinian (Middle Eastern) versions. It happened in the case of aggression, by pure verbal fatality only, to the conservative philosopher 70enne Alain Finkielkraut, son of Polish prisoners of Auschwitz and to the 100% French citizen. To avoid a beating - or worse - was the prompt intervention of the police, who saved the man, paralyzed by fear.

"The people will punish you!" Was the most "polite" threat but also the most cowardly. Yes, because the "people" that these boys were talking about is actually the fanatized rogue.

Of "paramilitaries ready to intervene ... to bring down the government" has instead (stra) spoke Christophe Chalençon, another of the leaders of the protest, trying to accredit a part of the armed forces as collateral of the protest. Nonsense, we believe. But above all we hope that we will not reach the point of transition between this social hatred, street violence and real terrorism. The services and defense of the Alps will be able to avoid it?