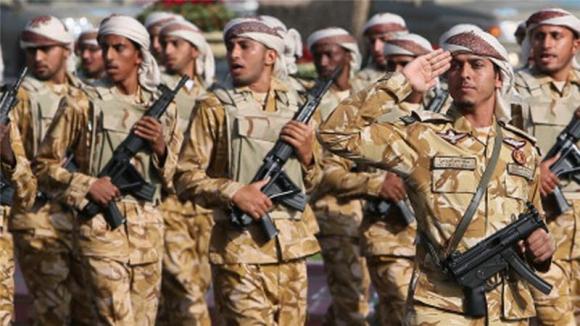 Qatar's diplomatic and physical isolation continues. At the naval block imposed by the Gulf nations, Saudi will follow the ultimatum that Riyadh, via Kuwait, delivered to the royal home in Doha. According to reports Skynews Arabia the Saudis ask Qatar to stop all political and financial contact with Hamas and with the Muslim brotherhood; to stop broadcasting Al Jazeera and not to interfere in the policies of the Gulf Cooperation Council countries. The response time is indicated in 24 hours.

For its part, Doha has alerted the armed forces (12.000 men permanently active), bringing the state of alert to the highest level. 16 Leopard tanks (of 60 having a armored force of approximately 90 units) would have been deployed at strategic points of capital.

In an official note sent to the governments of Saudi Arabia, the United Arab Emirates and Bahrain, it is argued that any naval vessel attempting to enter the territorial waters of the country will be considered hostile and consequently hit.

While expects President Trump's mediation, which, after initial intelligence claims, appears more willing to recognize Qatar as part of an alliance against terrorism, international consequences come to be felt.

According to QNA (the official news agency of Qatar) on Wednesday 9, the Qatari contingent in Yemen was expelled from the Saudi-led Coalition. More than 1000 soldiers from Qatar were busy defending the borders between Saudi Arabia and Yemen.

In particular, troops stationed in the air base of Khamis Mushait (southwest of the Arabian peninsula) and the garrison of the Najran base, near the border with Yemen, were withdrawn.

Vilnius calls, Minsk answers. Thus, we can summarize the (nth) frantic hours in the relations between the little but ...
11142
Read

Lithuania has begun to ban the rail transit of goods subject to EU sanctions to the ...
12386
Read

The war in Ukraine - now close to the end of four months - has introduced us to some places whose ...
6927
Read

There are few doubts: the first ... unfortunate meeting between the Russian Fleet in the Black Sea and a couple of ...
9242
Read

Poland, after supplying Soviet arms and weapons systems worth $ 7 billion to Ukraine ...
8612
Read

The Russo-Ukrainian War threatens the survival of hundreds of millions of individuals around the world as claimed ...
31438
Read

President Joe Biden has signed the measure, approved by the Senate, which authorizes and facilitates the provision of a ...
14548
Read

A battalion-level tactical group (BTG) would have been annihilated by (yet another) Ukrainian ambush on the river ...
18532
Read

For several days in Chad (one of the poorest countries in the world) demonstrations against the French presence have been raging ...
2646
Read