Northern Fleet: Russian ships engaged in Syria return to base 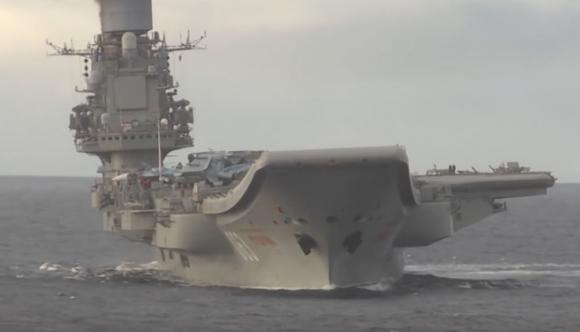 All set in Severomorsk, on the Kola peninsula, for the official return of the aircraft carrier Kuznetsov and the cruiser Peter the Great already anchored in the harbor. The ceremony with the traditional roast suckling pig is imminent, in the presence of the highest military authorities.

The mission of the units of the Northern Fleet, which ended at the beginning of the year, began on October 15, 2016. More than for the important results from the military point of view (more than 400 missions for a total of 1200 objectives achieved), the mission of the Russian fleet has left its mark from a geopolitical point of view.

La Kuznetsov, the only aircraft carrier in the world capable of operating in the arctic seas, was the first Russian aircraft carrier to be used in war theaters and marked the large-scale return of Moscow to the Mediterranean. A permanent fleet had already been established in the 2013 when the US threatened direct intervention against Assad, but the Russians had never previously deployed such a powerful naval force.

With the mission in Syria, for the first time the Federation navy has taken on a leading role in scenarios far from the domestic seas, demonstrating long-range operational capability (18.000 nautical miles). In this context, the launch of missiles must be considered Kalibr from the units deployed in front of the Syrian coast which doubled the ballistic activity carried out with the same carriers in the past with smaller units (frigates Gepard and corvettes Buyan) from the Caspian Sea.

Together with Kuznetsov, soon engaged in modernization work, the flagship of the North Nuclear cruiser fleet also returns to the base Peter the Great, the destroyers Udaloy, Severomorsk, Kulakov, the frigate Grigorovich and two nuclear attack submarines Akula.

The Northern Fleet, having returned to the level of great efficiency after the period of dismantling following the Soviet collapse, can now count on more than 200 ships (including support ships) and highly trained land contingents. To mention the 61a Independent Naval Infantry Brigade boasting artillery battalions, armored vehicles and air force units with air assault and reconnaissance units.

The war in Ukraine has multiple side effects, including the run-up of the countries most dependent on ...
2478
Read

At the height of three days of tensions, the Latvian parliament approved a bill allowing the ...
73793
Read

On 7 May, NATO Secretary General Jens Stoltenberg of Norway during an interview with the newspaper ...
3393
Read

“The Russians don't have the ability to enter the Azovstal tunnels ... That's not just a normal tunnel, that's a ...
10864
Read

The escalation of tensions between Russia and Israel continues. The statement on ...
7714
Read

This tweet you see is not the reaction of a keyboard lion, nor the post of a bored retiree passing the ...
3376
Read

Yesterday, on the sidelines of the visit of the speaker of the American lower house, Nancy Pelosi, Jim McGovern, a ...
5821
Read

"A major escalation is avoidable", so tweeted a few days ago Tor Wennesland, special coordinator of ...
934
Read

This would be an unbelievable story, if the protagonist on the Russian site hadn't told it, complete with video ...
7699
Read