Explosion in the St. Petersburg metro. Putin on a scheduled visit to the city 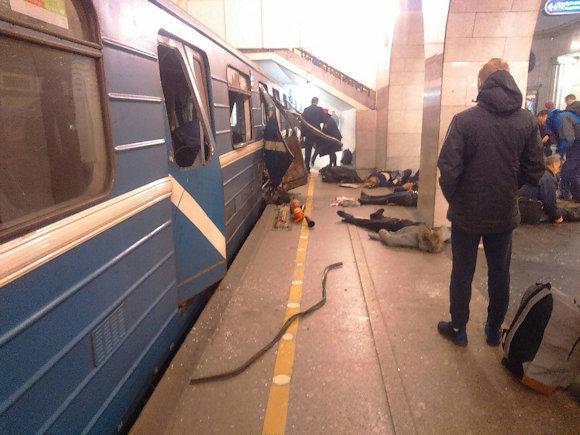 Explosion on the metro in St. Petersburg. At least 10 dead and 50 the wounded. The event is reported and confirmed by Ria Novosti, the Russian press agency.

The metro stations involved are Sennaya Ploshchad - where the explosion would have taken place in a metro car - and Teknologicheskiy Insitut.

7 are the stops that have been closed and immediately evacuated by the authorities by hours.

The President of the Russian Federation Vladimir Putin, who was visiting Saint Petersburg today, was due to meet the Belarusian president Aleksandr Lukašenko this afternoon.

The Russo-Ukrainian War threatens the survival of hundreds of millions of individuals around the world as claimed ...
27521
Read

For several days in Chad (one of the poorest countries in the world) demonstrations against the French presence have been raging ...
2342
Read

At the height of three days of tensions, the Latvian parliament approved a bill allowing the ...
88293
Read

“The Russians don't have the ability to enter the Azovstal tunnels ... That's not just a normal tunnel, that's a ...
12484
Read