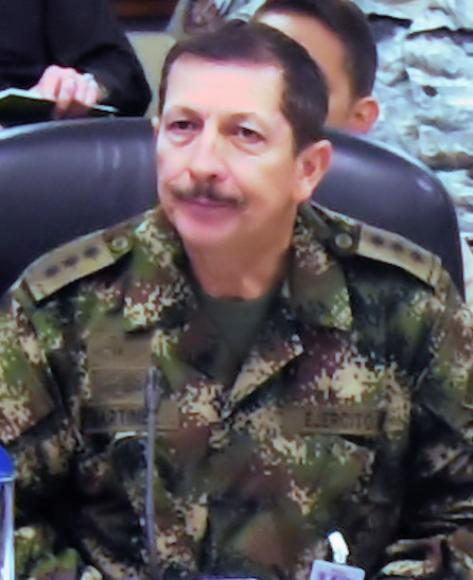 Nicasio Martínez Espinel, commander of the Colombian army has been in the center of an investigation of the last few days New York Times that orders were issued by the main Colombian military commanders, imposing catches and killings of Colombian criminals. This inquiry has raised many concerns as it would reveal a possible return to military policies that in the past would have led to a wave of murders sowing discord over a peace agreement with the FARC.

Espinel acknowledged that he had given the order and would have justified himself by supporting the need for a new strategy due to the escalation of crime in the country.

The government's response to the inquiry was a counter-order in which President Iván Duque ordered a regime of intolerance towards those soldiers who commit that kind of abuse.

In the past few months, Human Rights Watch (HRW) reported that at least nine generals would be investigated for human rights violations and extrajudicial killings, which occurred from units under their command from the 2002 to the 2008. The soldiers would have killed 5.000 young Colombian men - many of them poor or mentally handicapped - and disguising guerrilla corpses. Óscar Gómez, former commander of the 43 infantry battalion in Vichada, for example, the 26 last May was sentenced to over 37 years in prison for his alliance with former paramilitary leader Pedro Guerrero Castillo, said Knife, and for the murder of two civilians who were later peddled as guerrillas.

Even the recent murder of a fighter of the Revolutionary Armed Forces of Colombia (Fuerzas Armadas Revolucionarias de Colombia - FARC) by an active soldier in the Santander department confirmed that the government is slowly returning to its old methods. The murder was initially reported as an "accident". It was later discovered that the soldiers involved tried to cover up a crime.

As expected and announced, the Chinese paradigm of the two systems collapses. Hong Kong falls in the name of the reason for ...
2212
Read

In an official note, Greek Foreign Minister Nicos Dendias condemned the act of intimidation suffered by a ...
6795
Read

Tensions rise between Russian and American troops in northern Syria. On the day of May 2, a convoy ...
4189
Read

The news comes from the United States in the afternoon - Washington time - on Wednesday 29 April: the Food and Drug ...
2935
Read

Kim Jong-un, the "Respected leader" of the Democratic People's Republic of Korea, would still be in a state ...
4103
Read