After the "moderate rebels", ISIS also uses US anti-tank missiles against Syrians 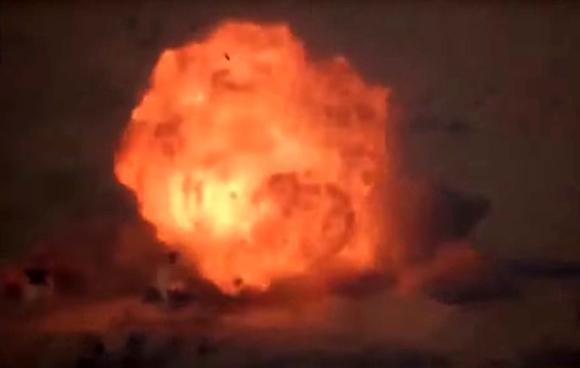 It is certainly not a novelty, but in the last few hours the phenomenon has become macroscopic. To resist the advance of Syrian forces on the director Palmira-Deir Ezzor, the Caliphate terrorists are making extensive use of TOW missiles. Indirectly, Amaq, the "news agency" of the Islamic State, shows photos of Syrian vehicles centered on anti-tank systems.

For several weeks we have been focusing on the offensive in Damascus and its allies to free them from the Islamist siege Deir Ezzor. It will probably be one of the last acts of the war in Syria. According to military sources, there are about 50.000 government officials deployed in the area east of Palmyra among regulars, paramilitaries and allied militiamen (mainly Hezbollah and Shiite Iraqis).

The Operation Lavender has already allowed the liberation of Arak (strategic city for gas fields) and would converge on Al Suknah, the last important center before Deir Ezzor. The large-scale attack consists of three claws: aerial carpet bombing conducted by Russians and Syrians; use of special forces; rapid advance in the desert with the armored forces, of which the Syrian army has traditionally great availability. Just the latter have been the subject of continuous attacks in recent days by the militiamen of the Islamic State conducted with US-made missiles.

Where the Damascus units do not have the latest T-90 versions, more resistant to TOWs than T-72 or even older T-62 and T-55, the attacks would be even more effective. To the point of slowing the advance of the Syrians to the east.

How ISIS disposes of TOW missiles is no mystery. Northern jihadist rebels, equipped for years by the Pentagon with anti-tank systems through Turkey, trade weapons and vehicles with the Caliphate which would thus have large stocks of TOW missiles. Others would arrive from Qatar and Saudi Arabia.

The TOW-chariot duel is one of the torments of the Syrian war. So far, however, the so-called "rebels" have been using and boasting the dreaded anti-tank systems. Now it's up to the Islamic State, put on the ropes everywhere, to make a proper show of it.

The phenomenon in the coming weeks, in order to contain the losses, will make it necessary for Damascus and its allies a greater use of air forces and special forces on land.

Lithuania has begun to ban the rail transit of goods subject to EU sanctions to the ...
11682
Read

The war in Ukraine - now close to the end of four months - has introduced us to some places whose ...
6256
Read

There are few doubts: the first ... unfortunate meeting between the Russian Fleet in the Black Sea and a couple of ...
8832
Read

The Russo-Ukrainian War threatens the survival of hundreds of millions of individuals around the world as claimed ...
30955
Read