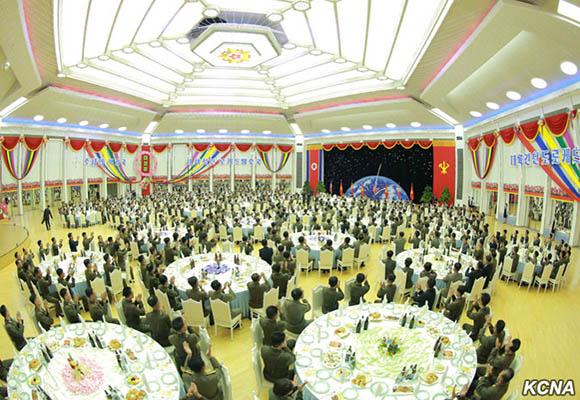 New threats come from Pyongyang, this time through the words, reported by the North Korean agency KCNA, of General Kim Rak Gyom, head of North Korea's missile strategic forces. Guam will not be hit directly, as he announced, in one of his continuous verbal aggression, Kim Jong-un, but the plan provides for: "Simultaneous launch of 4 mid-range missiles (MRBM) Hwasong-12 in the waters of Guam at a distance between 30 and 40 km from the island. All in order to ban the operational capacity of the enemy forces in the large military base of Guam (Andersen Air Base, ed) and to give a crucial warning signal to the USA".

If this exercise is put into practice the consequences for the regime of the small Asian state could be very heavy. This, because Trump, in recent days, was clear announcing a storm of "fire and flames" in the event that the security of the United States is threatened. The words of Trump followed, threateningly, also the statements of the Secretary of Defense, John Mattis, who warned Pyongyang not to go to its destruction. Destruction that would be the sad consequence for North Korea in the case of conflict with the United States.

But coming back to the announced North Korean exercise, there were also voices of concern from Japan, so much so that the Japanese Defense Minister, Itsundori Onodera, announced in Parliament that if the North Korean carriers will fly over the Japanese airspace intercepted instantly. This statement confirms the fact that the Patriot PAC-3 anti-missile system was deployed in Tokyo.

The entry of Sweden and Finland into the Atlantic Alliance is in serious danger of causing, if not war ...
3048
Read

Libya makes people talk about itself again; she is an actress who cannot miss on the Mediterranean scene where, instead, politics ...
2052
Read