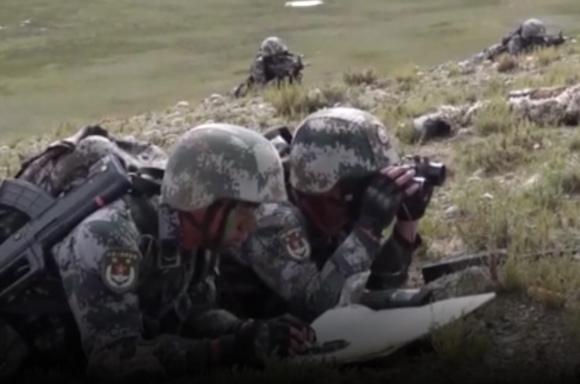 While the attention of the majority of Western public opinion continues to be focused on the Russo-Ukrainian War, other crisis areas are seething, proving that the international order we have become accustomed to is fast falling apart. One of these "hot areas" (but actually very "cold", given its geographical location) is that of Arunachal Pradesh. In fact, it is news of the last few days that the Chinese and Indian troops deployed on both sides of the disputed border faced each other in a series of clashes which, fortunately, did not cause any casualties, contrary to what happened during the Galwan valley incident of 15 June 2020.

It must be remembered that India and China are engaged in a border dispute that dates back to the era of Indian independence and the subsequent Chinese invasion of Tibet. This conflict even resulted in an open war between the two Asian giants which took place in 1962 and ended in a crushing defeat for India, which had to suffer the loss of a series of frontier territories. One of these was precisely the Indian state of Arunachal Pradesh which was completely occupied by Chinese forces, which however subsequently withdrew, unlike those who did in other territories.

Control of the highest Himalayan peaks has always been of vital importance for both countries given that, even in the technological age of cruise missiles and drones, the tormented orography of the Himalayas and the Tibetan Plateau would guarantee one of the two powers a position of pre-eminence compared to its rival.

In the past, the Chinese and Indians had opted, as a "de-escalation" tool, to disarm their border guards deployed in the area in order to avoid bloody incidents. The measure proved to be completely insufficient because, although armed with stones and bamboo sticks (or even simply with their own hands and feet), the soldiers of the two sides did not hesitate at all to be tempted to engage in real brawls deadly thousands of meters above sea level. In parallel, both Delhi and Beijing have worked hard to strengthen the military infrastructures along the mountain range in anticipation that tomorrow the situation may "plunge" and their respective hegemonic plans end up "collapsing on each other".

The death toll from yesterday's suicide attack in a "Pakistani" mosque has risen to 89 dead and 160 injured...
2562
Read

Within a month, the approximately 400 soldiers of the French forces of the "Sabre" operation will have to leave the territory of the ...
2499
Read

Al-Shabaab strikes again1. This time the balance of the attack against a Somali army base perpetrated by ...
1229
Read

In less than a year, the African continent has experienced eight coups and attempted coups. But the cravings of…
1588
Read

While in Italy there is more or less serious discussion of "mini naia" and its possible form, duration and purpose,...
1725
Read

The trial of Salih Mustafa, a former commander of the ...
2359
Read

During a recent trilateral summit with the President of Azerbaijan, Ilham Heydar oğlu Aliyev, and that of the ...
1295
Read