The city of Palma, located in the province of Cabo Delgato, in the north-east of Mozambique (where there is an important natural gas field), has fallen under the control of the jihadists of the Islamic state.

In October 2017, the jihadist group Ahlu Sunnah wal Jamaa, also known as al-Shabab, launched an armed uprising in the province of Cabo Delgado, where the discovery of huge natural gas reserves should have made Mozambique a major producer. world cup.

Despite the high economic value of the province, the Armed Forces of Maputo were very slow in reacting, having to resort, when the situation had already precipitated, to the assistance of PMC (Private Company Military), in particular Russian and South African.

But the situation continued to deteriorate. In August 2020, the jihadists seized the port of Mocimboa da Praia, strategic for the logistics of the Afungi gas site, of which the French group Total is one of the main investors. Then, a month later, the jihadists landed on the islands of Metundo and Vamizi, thus having the possibility of threatening maritime traffic off the coast of Cabo Delgado. 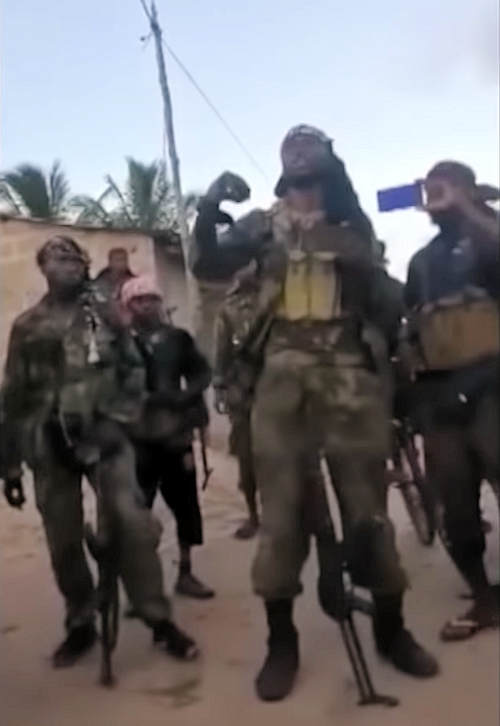 In recent months, several attacks in the Afungi area have led Total to suspend its activities in the region. A truce was subsequently reached, also thanks to the offensives of the Mozambican Armed Forces (Forças Armadas de Defesa de Moçambique). However, last February, the situation became worrying again, as Bernard Émié, the head of the Directorate General for External Security (DGSE), during a meeting of the executive committee on French counter-terrorism, according to reports from the Zone Militaire website.

Indeed, the truce was short-lived. While Total had just announced the resumption of its activities at the Afungi site, Palma, a city of 75.000 inhabitants located just ten kilometers away, was attacked by jihadist militiamen.

Palma's fate is very reminiscent of that of Kolwezi in 1978, in the then Zaire (now the Democratic Republic of Congo), when Katanghese secessionist guerrillas, hostile to the regime of President Mobutu, attacked the city, holding about 3.000 Europeans (mainly French) hostage and Belgians). The situation was resolved thanks to the intervention of the paratroopers of the 2nd REP (Régiment Etranger Parachutistes) who, with an audacious launch into Zaire, eliminated the rebels and freed the Europeans.

The only information available comes from people who managed to escape the fighting. According to Pinnacle News, "dozens of civilians were beheaded or shot and at least 21 soldiers were killed."

In any case, on March 27, Palma was occupied by the jihadists. "The Mozambican forces have withdrawn from Palma, so the city is effectively occupied", a government source said.

Meanwhile, Total has again announced the suspension of its activities in Anfugi. It remains to be seen how the Maputo government intends to act, given that many South African citizens live in the Cabo Delgato province, which is why an intervention by the security forces of Pretoria should not be ruled out.

Possibility that is evident from what the Daily Maverik newspaper, published in Johannesburg, writes. "South Africa was considering sending special forces to the coastal city of Palma on Saturday to evacuate several South Africans who are still trapped or held hostage by Islamist insurgents.", he wrote on March 27 last.

Given the strategic importance of Mozambique (especially as regards natural gas resources), the silence appears serious in a West which is now exclusively set up on the covid issue.

Meanwhile, the jihadist groups that recognize themselves in the Islamic state continue their offensives in sub-Saharan Africa, occupying important energy sites and establishing Koranic law.