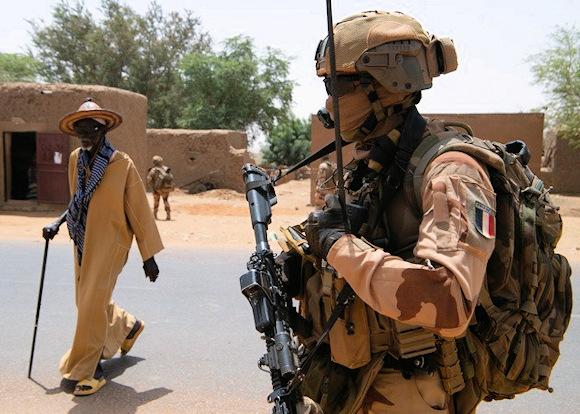 France temporarily suspended joint military operations with Malian forces following the coup d'état by Colonel Assimi Goïta on May 24th. This was announced in a press release by the Transalpine Ministry of Armed Forces from which it was also explained that the decision will be reviewed in the coming days pending political guarantees from the Malian government on the transition process that should lead, in compliance with the agenda. previously sanctioned, in new elections in February 2022.

For the moment, the French troops will continue to operate in Mali against the jihadists but no longer provide support, coordination and advice to the Malian Army; the ministerial communiqué specifies that "Pending the required guarantees, France [...] has decided to suspend, on a conservative and temporary basis, joint military operations with Malian forces, as well as advisory missions in support of them".

Interim President Bah Ndaw and Prime Minister Moctar Uane resigned last week, two days after their arrest by the Malian Army after a troubled government reshuffle that exacerbated the political-institutional crisis facing the country. Sahelian. Already at the end of May, the United States had suspended military cooperation with Mali and France took the same line following the indications of President Emmanuel Macron, who had announced as early as May 25 that he was ready to opt for harsh sanctions against Goïta and those in Mali who called for dialogue with the jihadists to put an end to the ongoing conflict.

Macron's statements had entered the wider political debate - but also with interesting technical-military implications - on the French Operation Barkhane, on the operational capabilities of the African military of the G5-Sahel and more generally on the role of Paris in the geostrategic issues of West Africa. In fact, the Elysée does not hide the perplexities about a particularly burdensome military commitment for France which has 5.100 soldiers engaged in the field in the Sahel and which, moreover, does not receive the necessary support from the African allies (v.articolo) in the fight against terrorism. At the basis of these arguments there is a very simple idea: France cannot fight militant Islamism alone in the Sahel and without stable and internationally legitimized institutions in the allied states. That's why the participants of the Task Force's “coalition of the willing” Takuba a greater effort was requested on the ground and the announcement of the forthcoming Italian intervention in the region was also welcomed in Paris (v.articolo).

Already this summer it was the intention of the French to begin gradually reducing their contingent in the Sahel asking for support from their European allies. In truth, Macron's desire, less than a year before the next presidential elections, was to immediately reduce and also with "net cuts" the French presence in Africa due to the economic and human costs that Barkhane carries with him, but in fact the instability of the G5-Sahel countries and the military incapacity of their armies inevitably conditions transalpine decisions on the issue, so that in the face of sanctions issued for example against Mali, it is not credible - unless you interpret it only as a threat to "put an unreliable ally in line" - no hypothesis of French withdrawal from the Sahel. It is certain that the latest events in the region will also force our soldiers involved in Task Force Takuba - and consequently the Italian political decision-makers - to have a decidedly more active role in the conflict than they want or can say from Rome.

The Russo-Ukrainian War threatens the survival of hundreds of millions of individuals around the world as claimed ...
27625
Read

President Joe Biden has signed the measure, approved by the Senate, which authorizes and facilitates the provision of a ...
13420
Read

A battalion-level tactical group (BTG) would have been annihilated by (yet another) Ukrainian ambush on the river ...
16107
Read

For several days in Chad (one of the poorest countries in the world) demonstrations against the French presence have been raging ...
2346
Read

Libya continues to be shaken by uncontrollable instability, even if the attempts of the UN are ...
3317
Read

At the height of three days of tensions, the Latvian parliament approved a bill allowing the ...
88299
Read

On 7 May, NATO Secretary General Jens Stoltenberg of Norway during an interview with the newspaper ...
3814
Read

“The Russians don't have the ability to enter the Azovstal tunnels ... That's not just a normal tunnel, that's a ...
12487
Read