Home geopolitics Foreign Shorts Truck on the crowd in Stockholm: there would be ...

Trucks on the crowd in Stockholm: there would be at least 3 dead. One thinks of an Islamist attack 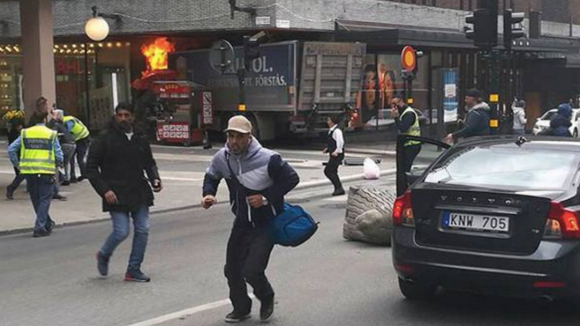 Shortly after the 15: 00 a truck fell on the crowd in the Drottninggaten street, the central pedestrian street of the Swedish capital. According to sources, in addition to several injured there would be at least 3 lifeless bodies covered with black garbage bags.

Unconfirmed theses speak of firing following the heeling of the rotated vehicle. According to the first statements of the Swedish authorities it could be a jihadist terrorist attack like that of Nice and London.

The area where the accident occurred is the same one that was the victim of the 2010 attacks.

Libya makes people talk about itself again; she is an actress who cannot miss on the Mediterranean scene where, instead, politics ...
933
Read

Vilnius calls, Minsk answers. Thus, we can summarize the (nth) frantic hours in the relations between the little but ...
11270
Read

There are few doubts: the first ... unfortunate meeting between the Russian Fleet in the Black Sea and a couple of ...
9267
Read

A battalion-level tactical group (BTG) would have been annihilated by (yet another) Ukrainian ambush on the river ...
18555
Read