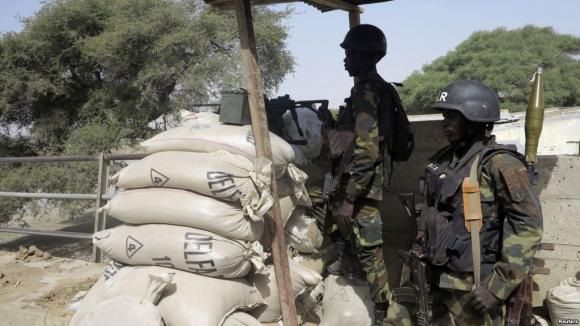 A few days after the visit to Rome by Cameroon president Paul Biya, the Yaoundé government announced the completion of a massive military operation that freed thousands of people, who had long been held hostage in the territories occupied by Boko Haram.

The operation, called Thunder 2, would have taken place between February 27 and the first half of March and would have affected the entire border area between Cameroon and Nigeria. All the border departments located in the extreme north of Cameroon have for years been the constant target of incursions by Islamic terrorists based in Nigeria. The military maneuvers would be concentrated in a first phase in the department of Mayo Sava, to then extend beyond the Nigerian border for about 30 km of depth, along an arc of other 40.

All Boko Haram bases located in the Mandara Mountains area have been affected. According to official sources of Yaoundé, there are more than sixty Islamist militiamen killed during the roundups carried out by land forces supported by helicopters from theArmée de l'air.

The Cameroon air forces at the beginning of the 2016 completed the purchase of 6 Russian attack helicopters Mi-24S and announced the recruitment of other 1800 men to be allocated to the special forces of the BIR (Bataillon d'Intervention Rapide), elite troops now employed full-time in the war against Boko Haram.

In power uninterruptedly by 35 years, the 80-year-old Cameroonian leader Biya can boast excellent results in the fight against international terrorism in which Cameroon is now fully involved.

Despite the criticism of humanitarian organizations that accuse the Yaoundé military of brutality against the jihad, the role of Yaoundé must be considered decisive for curbing the expansion of Islamic terrorism. The reliability of the Cameroon security forces has repeatedly compensated for Nigeria's controversial commitment, a cradle and refuge for the Boko Haram militiamen.

The war in Ukraine has multiple side effects, including the run-up of the countries most dependent on ...
2587
Read

At the height of three days of tensions, the Latvian parliament approved a bill allowing the ...
82777
Read

On 7 May, NATO Secretary General Jens Stoltenberg of Norway during an interview with the newspaper ...
3476
Read

“The Russians don't have the ability to enter the Azovstal tunnels ... That's not just a normal tunnel, that's a ...
11271
Read

The escalation of tensions between Russia and Israel continues. The statement on ...
7864
Read

This tweet you see is not the reaction of a keyboard lion, nor the post of a bored retiree passing the ...
3433
Read

Yesterday, on the sidelines of the visit of the speaker of the American lower house, Nancy Pelosi, Jim McGovern, a ...
5941
Read

"A major escalation is avoidable", so tweeted a few days ago Tor Wennesland, special coordinator of ...
956
Read

This would be an unbelievable story, if the protagonist on the Russian site hadn't told it, complete with video ...
7805
Read