Home geopolitics Foreign Shorts Wiped out another Russian battalion while ... 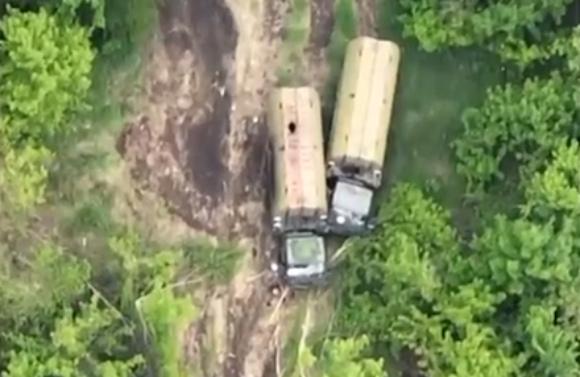 A battalion-level tactical group (BTG) was reportedly wiped out by a (yet another) Ukrainian ambush on the Siversky Donetsk River, this time on a wider stretch of the course, near the village of Serebryanka. Recall that a BTG has from 600 to 1.000 fighters, including officers, non-commissioned officers and soldiers.

Meanwhile, the battle flares up around Bakhmut, with the Russians increasing the pressure by employing more BTGs to push north and west from Popasna.

The Ukrainian command says they have another escape route in case of retreat in order to avoid encirclement. The bridge will not be repaired.

Vilnius calls, Minsk answers. Thus, we can summarize the (nth) frantic hours in the relations between the little but ...
10588
Read

Lithuania has begun to ban the rail transit of goods subject to EU sanctions to the ...
12339
Read

The war in Ukraine - now close to the end of four months - has introduced us to some places whose ...
6884
Read

There are few doubts: the first ... unfortunate meeting between the Russian Fleet in the Black Sea and a couple of ...
9211
Read

Poland, after supplying Soviet arms and weapons systems worth $ 7 billion to Ukraine ...
8588
Read

The Russo-Ukrainian War threatens the survival of hundreds of millions of individuals around the world as claimed ...
31408
Read

President Joe Biden has signed the measure, approved by the Senate, which authorizes and facilitates the provision of a ...
14536
Read

For several days in Chad (one of the poorest countries in the world) demonstrations against the French presence have been raging ...
2640
Read

Libya continues to be shaken by uncontrollable instability, even if the attempts of the UN are ...
3667
Read