Yemen, in spite of its desert conformation, has a geopolitical feature that makes it, "Vietnamese", a marshy land for all the forces that, cyclically, have contended the control of the territory starting from the Egyptian intervention in support of the republican militias in the 60 years.

The Yemeni political characteristic, in its indefinability, can be substantiated in a marked disinterest in the state aspect and in a marked propensity for the search for a difficult survival. In a country where there is an unequal economic regime based on the prevalence of the oil sector, where the groundwater is running out and where an institutional appearance seems to be limited to the few major urban centers, the disintegration of the state appears to have been done.

The image of the resigned and unstable Yemen, corroded by corruption, is opposed to the wealth of the Gulf monarchies, and continues to be characterized by the presence of Aqap (Al Qaeda in the Arabian Peninsula), all in the face of a geostrategic position of major importance that, placing the country at the crossroads between the Red Sea and the Indian Ocean at the entry point for the Suez Canal, jeopardizes safety and energy supplies for Western countries.

The most recent Yemeni history has seen the emergence of youth movements inspired by the onset of Arab springs; of tribal components where, in large part, former soldiers have poured out; of a weak political opposition. Although not finding particular ideological elements of assimilation, each faction has tried to overthrow the existing regime, however, and always equipped with a complex structure that, at the clan level, reverberates on the military and security. The State-Tribe contrast, Yemeni Achilles' heel, has also been supported by the Saudis who have favored tribal relations to weaken a political subject otherwise perceived as potentially dangerous for their internal stability. 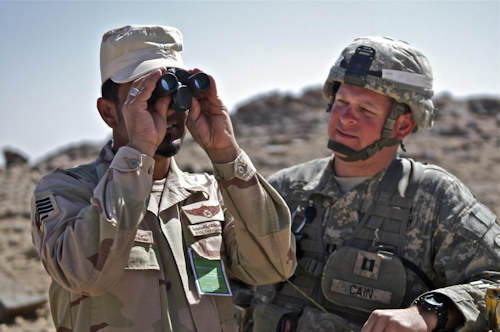 The political evolution of the 2011 protests, generated by the Arab springs, has in fact allowed the triggering of a series of upheavals and displacements in the face that saw the intervention of Saudi Arabia logistically supported by the US ally; in short, a magma situation that has determined the definitive political and territorial rift of a country where none of the sides seems to be able to prevail, and where the killing of the former president Saleh has made an overall picture even more unstable than any possibility of contact between the factions.

Despite a disconcerting "nonchalance" politics that led him on one side to be the protagonist of both sides and on the other excellent victim of an inevitable game to the massacre, Saleh has always managed to maintain a political balance that allows him to ally himself tactically with the Houthi but without losing contact with Saudi Arabia. A mediator, therefore, but not so skilled as to avoid Houthi's reaction to the moment when there was a negotiation attempt aimed at Riyadh with the proposal for a cease-fire.

The killing of Saleh, however, did not prevent the Houthi, with the same ease of Saleh, to maintain contact with the party of the president killed, even after eliminating all his loyalists inclined to an agreement with Saudi Arabia. The General People's Congress in fact, it remains the only political entity capable of guaranteeing the control of the territory both thanks to the ramification of contacts with the tribal entities and thanks to the indispensable loyalty of the Republican Guard, the only department of the FF.AA. able to contain the collapse from the operational point of view. The fragility of the system, however, was accentuated by the internal split of the CGP in currents with completely conflicting strategic political orientations: among the supporters of the alliance with the Houthi, the supporters of the current president Hadi, and the pro partisans Tareq Saleh, nephew of the killed president, the dynamic reading of the situation appears particularly difficult, also in virtue of the fact that Tareq has not yet expressed a clear position pro Riyadh. 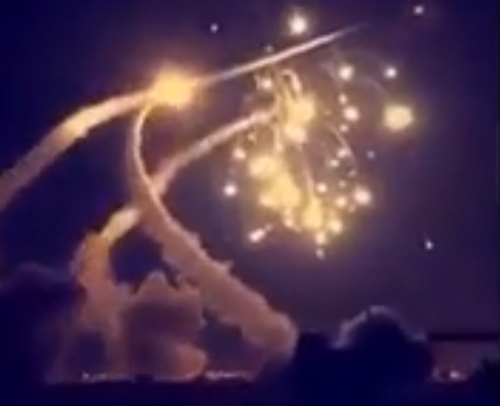 The loyalty to Tareq by many units of the Republican Guard, as well as the collaboration with tribal forces trained by the Emirates, make particularly exposed the position of Abdul Malik Al Houthi who at the moment, as an instrument of pressure on Riyadh, can only have the launch of Iranian production ballistic missiles.

The Houthi vulnerability, however, was not reflected in a strengthening of the opposing coalition which, with Saleh's death meanwhile lost the only valid interlocutor able to attempt a mediation, and then revealed deep political and strategic divergences between Saudi Arabia and EAU.

Saudis and Emiratini do not agree on the tactics used so far: if Bin Salman, who can not in any way recognize the Iranian-Shiite Houthi for the political price too high to pay, needs to put a stop to Tehran's strategic depth, we can not fail to consider the ambitions of Abu Dhabi aimed at increasing its influence in the strategic regional context that covers the Arabian Peninsula and the Horn of Africa, thanks also to the logistic and military structures already in progress or under construction in the area between Bab el Mandeb, Aden and Somaliland. From this perspective the Emiratins, who train Salafi militias, may be inclined to favor (history repeats itself), rather than to avert, the parcelling of Yemen into local entities, certainly more controllable, and to be placed in opposition to President Hadi who , although preferred by Prince Bin Salman, must begin to "deal" with a renewed (and further) secessionist push of the South that is putting a strain on his (weak) institutionalism.

In short, at present, only the UAE could benefit from such a critical situation, and the UN representative himself, Martin Griffiths, would have only a few cards to play to reconstruct the big picture while the Saudis, pressed by the US, they do not seem to have other arrows to their bow to be able to effectively conclude their action, despite having implicitly promised, after the last ballistic launches, an adequate response to the Iranian competitor who, even more, has drawn Qatar in its area of ​​influence.

The "resistance" Houthi seems to have even entered the glossary of Hamas that, in support of Iran, has united the Yemenis with Hezbollah and the pro-Teheran fighters in the Ghuta; once again the dream of a politically and strategically effective "flash" solution seems to have vanished, broken by the dated but still very effective consideration of Ogier Ghiselin de Busbecq, an excellent diplomat of the 16 century at the service of the Austrian Crown: the religion (Shiism and Sunnism) provides the pretext, gold (regional power) the reason.

The strategic reflection of the EU has always progressed with difficulty, due to the often different vision of ...
2681
Read

Al Qaeda loses its subtlest mind; like in a Tom Clancy novel, al Zawahiri was eliminated by the 2 missiles ...
4217
Read

In the course of the two previous analyzes we spoke first of the figure of the Prime Minister of Hungary, Viktor ...
8068
Read

India and China are the two major Asian powers and among the most important countries in the world. Their relationships are ...
1788
Read