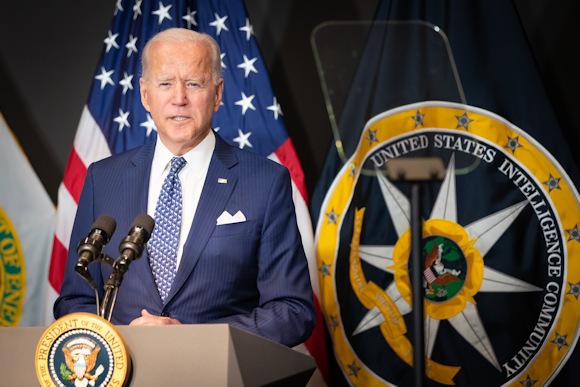 Tarinkot, Kandahar, Lashkargah, Herat, Feroz Koh, Qala-e-Nau, Ghazni, Fayzabad, Aybak, Zaranj, Sheberghan, Kunduz, Pul-e-Khumri, Taluqan and Sar-e-Pul, are just some of the conquered provincial capitals by the Taliban in a few days. In Afghanistan after the withdrawal of NATO contingents, there is a lightning offensive by the Taliban aimed at having a victory on the ground, after twenty years of waiting, during which they were relegated to rural mountainous areas. At the beginning of the deployment of Enduring Freedom a Russian officer returning from the war in Afghanistan, from the height of his experience as a veteran of operations, during an interview warned the US not to occupy Afghanistan because the Afghans are a people that cannot be conquered. The officer called the Russian war in Afghanistan their Vietnam.

To date in Afghanistan after President Biden's announcement of the withdrawal of US troops, only the military contingents of the United States, England and Turkey remain on the territory. With the exception of the Turkish contingent, which has remained unchanged and still consists of 600 men, the US and UK contingents are now very small and in the process of being dismantled.

The internal bilateral peace talks between the Central Government and representatives of the Taliban, held in Qatar, did not give the desired results, as the Taliban asked as conditions for a ceasefire, the release of more than 7000 militiamen who are currently in the Kabul prisons. The central government has been reluctant to accept this condition, on the basis that the 5000 militiamen already freed have all returned to the ranks of the Taliban fighters.

Afghanistan is a landlocked country, which makes flights the only true international link, for a whole range of both institutional and humanitarian activities. In this regard, Turkey had offered to continue its military mission at Khawaja Rawash International Airport. Ankara would have everything to gain from this mission because it would settle the disagreements with Washington, increase its importance at the NATO level and increase its influence in the air. From an operational point of view, ensuring the safety of the airport is not easy at all, because it is intertwined with the urban fabric of the city, and without being able to have military patrols along the neighboring streets is something very difficult.

Turkey has been present with its own contingent since the beginning of the NATO missions that have followed one another in Afghanistan, but it is true that its presence was limited to logistics assistance, training and mentoring of the 111a division of the capital in Kabul, without ever participating in fire operations, and has been present inside the airport for six years. That said, it was also stated in a meeting with journalists by the Turkish Minister of Defense that the Afghans are brothers of the Turks if only because they are both Muslims. Taliban representatives do not want Turkey in the country, because it was part of the mission and is part of NATO, Taliban spokesmen said that if Ankara keeps its military in Afghanistan, they could have the same treatment as the US despite being Muslim brothers.

But even the Turkish option seems to vanish in the face of the inexorable Taliban military advance, which has found very little resistance and the siege if not the conquest of Kabul is now a matter of days if not hours. Meanwhile, Canadian, American and British troops were on standby Friday, ready to head to Afghanistan to evacuate embassy personnel as the Taliban invade key areas of the country. Currently the Pentagon has sent 3.000 troops, while the British 600, Canada has not officially confirmed that it will send troops or how many, but the Canadian Broadcasting Corporation (CBC) and Associated Press (AP) have said that an anonymous defense source has claimed that the troops would be sent. These contingents will preside over the airport to protect the evacuation of civilians and government officials.

Same thing we are doing, "We are preparing for any eventuality, including evacuation. We need to think about the safety of our embassy staff", declared Foreign Minister Luigi Di Maio. And precisely because of the deterioration of the conditions on the ground, Rome gave the ok to start the procedures to prepare the return to Italy of the staff of the diplomatic office. While a representative garrison will be maintained at the airport, as are most of the other embassies.

The Italian embassy in Kabul sent an email to all compatriots in Afghanistan, launching an appeal to return. "Following the invitations to leave the country, given the serious deterioration in security conditions, an Air Force flight will be made available to Italian citizens tomorrow, August 15 at about 21.30 pm from Kabul airport". At the Italian headquarters in Kabul, security personnel are on alert and ready for any scenario.

To date the real question is: what was 20 years of military effort, spent money and above all 53 (+1, ndd) fellow countrymen dead and 651 wounded? Was it really the right time and above all the right way to leave the country?

Most likely the time has come to question the conviction that an international military contingent is enough to export democracy to countries that perhaps do not want our democracy. Because democracy is not something that is acquired or imposed, democracy is a social political order, the result of a very long and sometimes painful process, which a given community must go through independently. But if that path is to be supported, perhaps twenty years are not enough, or training the local military to accelerate it.

Was Afghanistan the Vietnam of the West and of NATO troops?

Photo: office of the director of national intelligence

As was widely expected, during the Summit of NATO Heads of State and Government in Madrid, Finland and Sweden ...
4112
Read

The international situation is evolving rapidly and there is no country that does not have to adapt. In an area of ​​course ...
8386
Read

The vote in the UN Assembly of the motion condemning Russia's aggression against Ukraine has ...
3234
Read