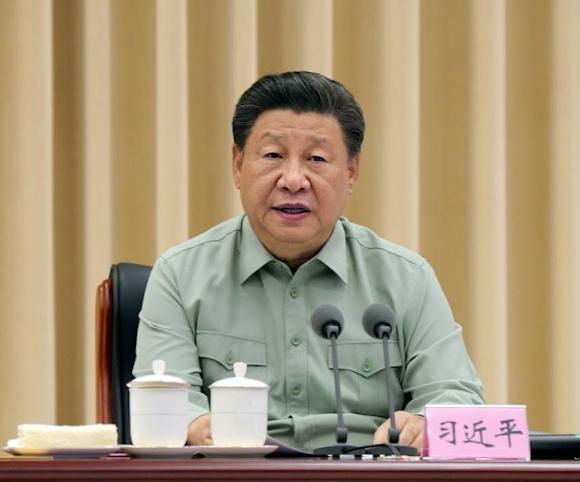 On March 22, 2013, the era of Xi Jinping, recently elected secretary of the Chinese Communist Party (CCP) and President of the People's Republic (PRC), had just begun, and his first trip to Russia did not cause much fanfare.

It was natural that Moscow represented the most important Asian partner for Beijing, an obligatory geopolitical crossroads for a nation that was on the way to consolidating its international posture.

The visit turned out to be a success, concluded by the final performance of the wife of the new helmsman, in turn general of the People's Liberation Army (EPL) and popular opera singer, who together with the chorus of the former Red Army sang, in Russian and Chinese, a famous folk song from the Soviet era.

In all these years, Xi Jinping has made many visits abroad, particularly followed by world public opinion, at times reassured by the peaceful face of the Chinese leader.

Therefore, the news of his prolonged absence outside China could not fail to arouse surprise: in fact, Xi has not crossed the borders since January 18, 2020 (last official visit to Malaysia).

Six hundred days in which he traveled far and wide the immense Chinese territory, dedicating himself mainly to the domestic front, to fight the pandemic, the relaunch of the economy, constantly committed to consolidating the centrality of the CCP as the supreme regulatory authority of the country.

The news must certainly not suggest a moment of stagnation in Beijing's foreign policy, evidently continuing without interruption. Rather, it highlights some kind of subordination traditionally the external functions of the country have towards internal affairs. 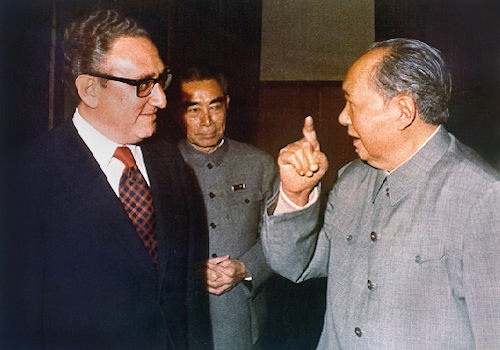 And it is perfectly in line with the Chinese diplomatic tradition, which Henry Kissinger has admirably crystallized in his fundamental text on the Asian giant.1, when he describes the Chinese foreign ministers he interfaced with as secretary of state, like simple high-ranking officials, whose only job was to meet him at the airport and accompany him to the current CCP secretary general.

Nothing more than an accompanying and antechamber role, without any effective autonomy of action.

The Chinese have always been little interested in what was happening outside their borders, which, far from being a mere physical element, have always marked a cultural and civilization limes.

The creation of a ministry for foreign affairs is in fact relatively recent: only in 1861, the Chinese decided to set up a sort of ministry with functions similar to those of a ministry of foreign affairs, responsible for exercising the profession of diplomacy, as a separate function. and independent of the government.

Its headquarters, not surprisingly, was located in an old and anonymous building, previously used as a state mint, precisely to signify the lower dignity, compared to other official functions, of the one that had to deal with relations with other states.

On the other hand, for a nation that has always perceived the center of the world, everything becomes periphery, the relationships with which, outside the official rhetoric, represent a useless tinsel.

It is an innate national self-reference, which emerges plastically in the particular "stylistic form" with which, in 1863, the Chinese emperor shared with Abraham Lincoln the desire to entertain good relations with the United States: "Having, with reverence, received from Heaven the mandate to govern the entire universe, We consider both the Middle Kingdom and the countries outside it, as part of a single family, without any distinction2" 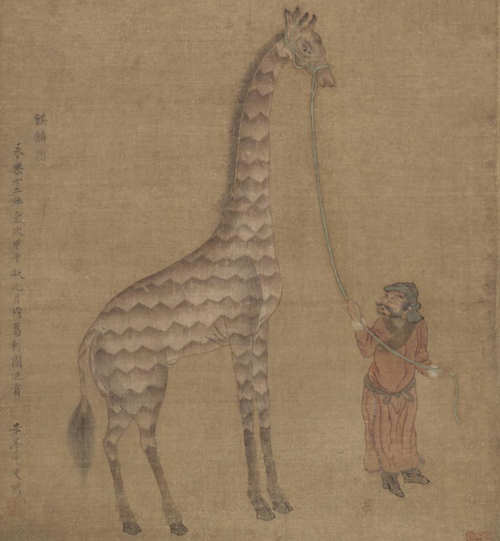 It is a self-referentiality, the daughter, as we have repeatedly written in these pages, of a hierarchical conception, of Confucian derivation, on the basis of which Beijing places itself at the top of any system of relations, in diplomacy, as well as in matters of internal politics.

For the Chinese, in fact, every citizen (every state) must know their place in society (in the community of nations), and behave accordingly, recognizing the party (to China) one position of absolute centrality.

Seen from this perspective, Xi Jinping's absence overseas is perfectly in line with the millennial tradition of a power centered exclusively on itself. An inverted nation, which unwisely weaves relations with the "periphery".

It is the other nations, if anything, that must seek good relations with the Beijing government, conforming to its diktats. Rather, it is they who need high-ranking bureaucrats who are involved full-time in forging relations with Beijing.

China will welcome them, if it deems it necessary, in its "cosmogony", the value and cultural system that for 5 thousand years has seen its center of gravity in China, and which (only) culturally similar countries can fully assimilate.

This does not mean that today's China does not need to relate to the outside, to address the whole tianxia3.

It must certainly do so, first of all to carry out the pharaonic project of the "silk road", driven by the need to govern incessant economic growth, to distribute income evenly and reach social strata not yet lapped by the economic progress of recent decades.

Globalization and multilateralism, on which the international posture of the middle country is based, imply a continuous interrelation with the outside world.

But this does not necessarily mean - here is the Chinese peculiarity - that the CCP secretary has to spend himself abroad. 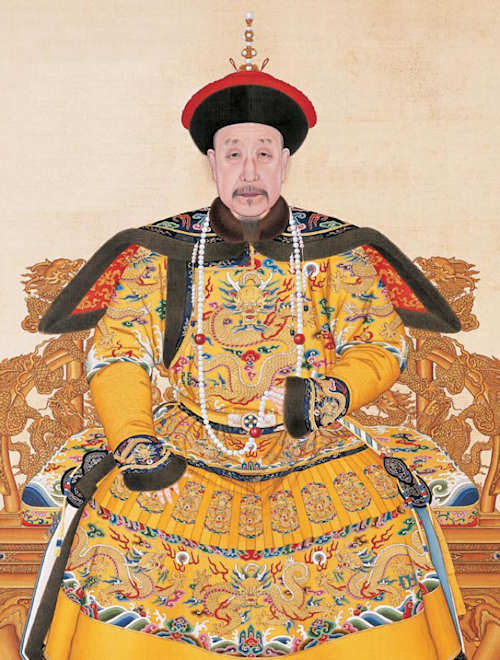 Just as it happened with the emperors of the Ming dynasty, who limited themselves to receiving vassals and foreign countries in their courts, dispensing privileges and taxes, and tying them to China, with a shrewd strategy of "divide and rule".

Or with Emperor Qianlong, who in 1793 drove British Ambassador George Macartney out of China4, arrived in the country5 on an official visit, after he had refused to perform the traditional gesture of submission, kneeling three times before him and bowing his head until it touched the ground to honor the sovereign's divinity.

The China that Xi is rebuilding is imperial, strongly top-down at the internal sound.

After the centuries of humiliation and economic revival, the leader wants to relocate the country to the center of Tianxia.

And in doing so, as in the days of the emperors who governed the affairs of the state without ever leaving the Forbidden City, he can afford to limit his exits to those necessary (especially favoring international fora such as Davos), delegating field work to his emissaries. direct, first of all, the omnipresent foreign minister, Wang Yi.

And then there is more.

In his action, Xi did not neglect to link the Party apparatus to the 50 million6 of overseas Chinese, most of whom live in Southeast Asia, where they make up the majority of the population of Singapore (75%) and significant minority populations in Malaysia (23%), Thailand (14%) and Brunei (10%).

Not to mention the over 2 million in Europe, around 8 million in the Americas and one and a half million in Oceania.

This mass of citizens, all of Han ethnicity, are potential today terminals of the Communist Party of China, capable of carrying out tasks of liaison with the local authorities and centers of power, to direct public opinions on the designs dear to Beijing.

And they are also sensors, deep water fish7(Cristadoro, 2021), thousands of agents intent on collecting various information, perhaps raw and apparently insignificant, in the workplace, in society, in the cultural, industrial and academic world, to be poured into national intelligence channels.

The UFWD thus attempts to influence elite individuals and organizations inside and outside China, seeking to secure the interests of the CCP and divide potential detractors.

The "guanxi", the network of family and associative relationships, then does the rest, acting as a transmission belt for central power, and facilitating its political action even abroad.

Why be surprised, then, if the supreme leader decides to stay home for 600 days?

1 On China by H. Kissinger

3 Tianxia (Chinese: 天下) is a Chinese term for an ancient Chinese cultural concept which meant the entire geographic world or the metaphysical realm of mortals and later became associated with political sovereignty. In ancient China, the tianxia it indicated the lands, space and area divinely named by the emperor with universal and well-defined principles of order. The center of this land was assigned directly to the imperial court, forming the center of a worldview that focused on the imperial court and externally focused on the major and minor officials and then the commoners, the tributary states, and finally ended with the "barbarian" fringe. (https://wikiita.com/tianxia).

5 The British diplomat also had to agree to hoist a banner on his vessel that read "taxpayer from England". 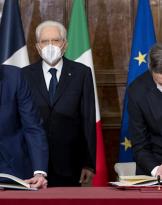 Not just Europe: the Quirinal Treaty read by Paris

In May 2017 Emmanuel Macron was the man of the moment. Just elected to the Elysée, the former French banker was seen by ...
2370
Read 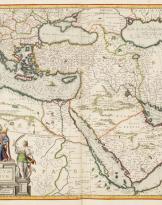 Turkic speakers but not Turks. The limits of Turkism in the Maghreb and beyond

Each empire leaves a presence of itself after its dissolution. In its provinces very often there are traces ...
1082
Read 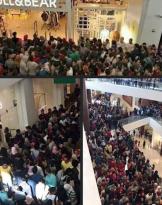 Black Friday of the Omicron variant: something that no one has yet written in Italy 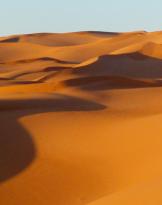 Libya is an invention, starting with the name. Even for the Ottomans, accessing the hinterland meant crossing a ...
1236
Read 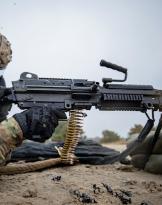 Isis: the other virus

In recent years, Western audiences have been saturated with Middle Eastern terms, and drawn into a complex reality ...
1243
Read 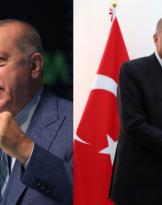 The two faces of the Turkish attitude

Last week we talked about the aggressive Turkish posture in foreign policy and, in particular, on the Sea of ​​...
2022
Read 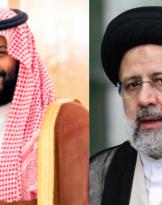 The balance of power is not a geopolitical element compatible with the Persian Gulf area; those who were the two ...
1549
Read 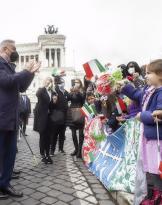 4 November: national holiday and the geopolitics of the Italians

The Italians, understood as a national community, do not have a geopolitical-strategic self-awareness and the party ...
1351
Read 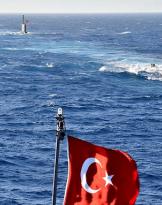 The recent Turkish threats of expulsion of ten Ambassadors1, "guilty" of having signed an appeal for ...
2631
Read 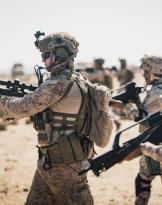 Many commentators felt that the poorly managed US withdrawal from Afghanistan heralded one from Iraq (...
2029
Read