We describe the mysterious "intelligent design" they impose on Syria 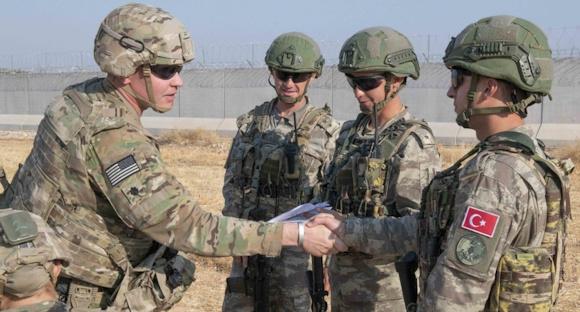 Sometimes the devil is not what he is meant to represent. To understand each other, Turkey's deadly aggression against the Kurdish autonomous region in Syria seems increasingly to be a mass of opposing and apparently irreconcilable interests that a series of (more or less) intelligent minds are trying to fix, each according to particular interests but not completely divergent, to make up for terrible mistakes made in the assignment of spheres of influence and territories in the Arab Republic not recently, but at least in the last hundred years. What appears, in short, is quite a bit different from what it is.

Waiting for more information to arrive, what seems clear is that: 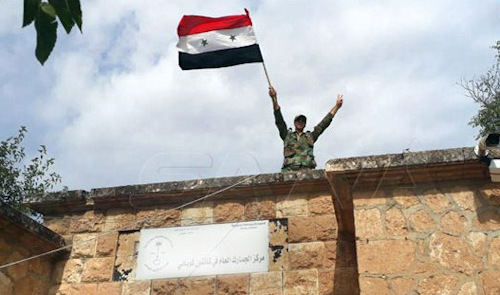 Here, the "design" seems to take shape: the creation of the infamous "security zone" requested by the Turks, it seems more and more an attempt, cursed for the means used but not in substance by the major powers, to find one status quo different, forcibly shifting populations (not only Kurds and Assyrians in hindsight) that otherwise would not have moved, in order not only to cover Turkey's back but also to give the Damascus government and Rojava itself territories, to so to speak, more manageable. For those familiar with history, this is what happened for example in Poland, Belarus, Czechoslovakia, Croatia and Bosnia and Herzegovina in the twentieth century,

The "design" challenges the interests of the parties: do the Kurds want to keep the central regions of Syria rich in mineral resources? Then, following the logic of the said "design", they must hand over something (not a little and dearly) to the North, leaving Ankara to build a "strip" of territory, to say the veil not very rich economically, but strategically important for the mountains and the high course of the great Mesopotamian rivers present, beyond its potential use as a "box" for the Sunni Arabs who took refuge in Turkey. In return, in addition to hydrocarbons, the Kurds are still a territory that is easier to defend, especially with Turkey further away. The nightmare of a super-Rojava managed by just three million inhabitants other than Sunni Muslims seems to fade ...

The Assad government alone cannot hope, with the help of the Russians, to keep all of Syria again. However, in light of the "design", Moscow does not disregard the idea of ​​putting the gas and oil routes from central Syria to the Mediterranean under the cloak, with the justification of protecting Kurds and Christians.

Finally, the Americans enjoy the advantage of continuing to fuel a crisis fire in Syria, in the heart of the Shia Half Moon and not letting Putin and Erdogan sleep peaceful dreams and make the same dreams. They also succeed, at this stage, in pulling out the ceasefire proposed by Mike Pence and accepted by Erdogan, next to embarrassing showers on the field.

They remain to watch Israel, Egypt, Saudi Arabia and the Arab Emirates, whose influence in the conflict is suddenly reduced. Undoubtedly, they feel betrayed by the Americans, for not having even heard them. And perhaps the least intelligent thing in this "design", to which Washington is not a stranger, is precisely this: like a blanket too short, American intelligence has left the traditional allies and friends, all in one way or another alarmed both by the "US betrayal" and by the Turkish adventurism.

Why all this hype against the US-Iran crisis? Most men and grants from the ...
854
Read