Home geopolitics Analysis A limited punishment for Assad, then of n ...

A limited punishment for Assad, then again business as usual 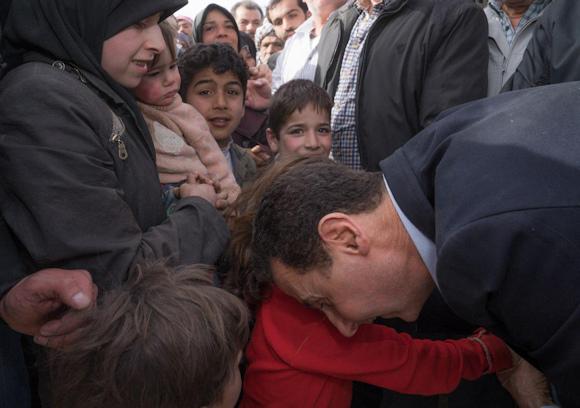 The state of the new chemical weapons crisis in Syria is in the use of words, in those who pronounce them and who they are addressed to: "You do not realize until what level of risk you are pushing the international situation. We do not ask you anything, we do not want to be your friends. We only want civil relations, which you despise " is the declaration of the Russian ambassador to the United Nations, Vassily Nebezia, pronounced for the media and other diplomats, phrases that sound different from that "What situation would Britain be in if it were attacked by stronger states in possession of the most destructive modern weapons?"Written by Nikolai Bulganin, Soviet prime minister, to Western leaders in the aftermath of Nasser's Anglo-French attack on Egypt in 1956. Yes, because for now Vladmir Putin, recently re-elected for the fourth term as president of the Russian Federation, spoke only of "inadmissible provocations and speculations" in a telephone conversation with Angela Merkel1.

The impression is that Moscow will not oppose, if not with statements of the facade, to limited attacks such as the "wanted" almost exactly a year ago at the base area of ​​Shayrat2 and that "by mistake" against the Syrian forces at Deir er-Zor, in September 2016. 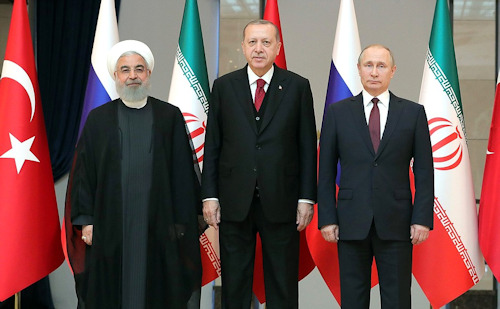 The only change from the past seems to be what happened, a few hours after the recent chemical weapons attack on Douma, of which Washington and the media main stream hold Bashar el-Assad responsible, at Palmyra, in the T-4 base, of the Syrian forces and Shiite allies, when Syrian defenses intercepted before they reached their 5 target on 8 missiles, according to Moscow fired from Israeli aircraft from Lebanese territory. In short, maybe Damascus has significantly improved its defense capabilities, even if it remains with "colabrodo" skies. He points out the strange case of a war in which Moscow only presses to keep up the alawyti friendly regime in Syria, without bothering too much about the "pinpricks" that can hit him, starting from the activism of the Turks in the North to get to the South, often targeted by Israelis for strategic needs.

Moscow, Istanbul and Teheran, paraphrasing an American proverb, sleep in the same bed but have different dreams. It seems obvious that this time Putin will not raise the level of the clash, for now only verbal, with Washington: one or two broadside by the Americans and the French against the Syrian ally will rally the alliance, confirming that without Russia the fate of the Assads in Syria is marked. 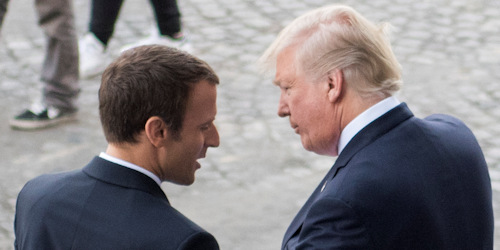 The case, unlikely for now, of a more "serious" Western intervention by target, duration and intensity is different: in short, Trump would amaze us if he tried to physically eliminate Bashar as Reagan did with Gaddafi or if he asked NATO to intervene, as done in the case of Libya. But in the 1986 Trump it was a palazzinaro and in the 2011 a showman (and a little 'it remained ...) and in Washington they governed other characters. Above all, it does not appear that Emmanuel Macron received funding from Syria for the 2017 elections.

In this way, the media foretells a week of verbal fireworks and, in part, missiles, on the skies of the Middle East. Then, in a dozen everyone think about the semifinals of the Champions League, because no one asks the question: "But how stupid this Syrian rais, which uses weapons of mass destruction only when it wins and not, as it seems logical, when it was to lose everything? "

2 On this occasion the former Chief Strategist of the White House Steve Bannon, it must be remembered, he had opposed, thus losing the comparison with the other "advisor", Donald Trump's son-in-law, Jared Kushner: http://dailycaller.com/2017/04/07/bannon-lost-to-kushner-in-syria-strike....

Al Qaeda loses its subtlest mind; like in a Tom Clancy novel, al Zawahiri was eliminated by the 2 missiles ...
4221
Read