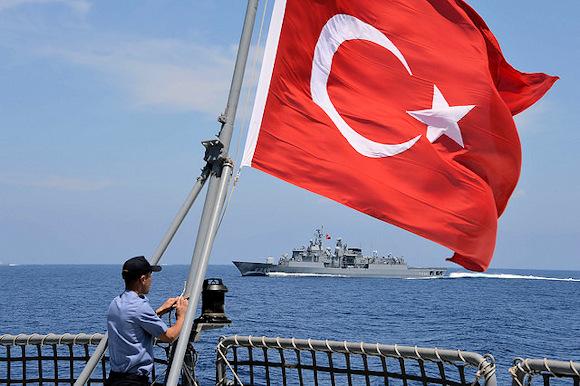 From a regional geopolitical point of view, the Mediterranean returns to be the center of attention, although not all the executives of the countries that insist on its banks seem to be fully aware of it. The act of force put in place by the Turkish Navy, which has forbidden the navigation of the Saipem 12000 at the time of the Cypriot territorial waters, although not having aroused a more general interest, it is forcing i policy makers Italians who have to consider geo-economic and geostrategic aspects that are probably not accurately evaluated over time.

If one intends to understand Turkey, one can not fail to acknowledge the nature of his people, their inclinations, and above all the fact that the Ottoman cultural and historical legacy could not be eradicated without anything remaining in the succeeding generations afterwards. the fall of the Sublime Door.

If Kemalism has given a secular and nationalist structure the current management, albeit with a more pronounced confessionality devoted to a political Islam but with a markedly geostrategic doctrinal basis, has set its lines of foreign policy on a hegemonic basis regional and oriented towards East. In fact, Erdoğan has placed at its base the doctrine of the strategic depth of Ahmet Davutoglu, a strategy that leads to exercise an assertive and present policy in all the neighboring theaters and neighbors, in order to project national interests and maintain relationships. profitable with politicians interested in promoting economic interdependence based on investments and on increasing trade. A policy of power therefore, supported however by an unprecedented navalismo, who wants the next setup of an aircraft carrier, both from the future construction of the first atomic power plant of Russian production to Akkuyu; a posture no longer suited to the role that Turkey had played in the bipolar period of the Cold War but as a renewed regionally established geopolitical actor and globally not to be underestimated. 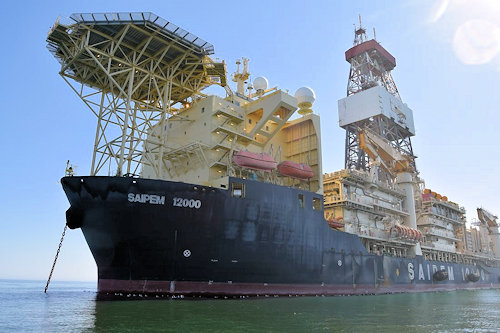 Davutoglu identifies eight areas in which to exercise Turkish influence: the Balkans, the Mediterranean, the Black Sea, the Caspian Sea, the Caucasus, the Middle East, the Persian Gulf and Central Asia; these are important aspects, but not adequately balanced by the western chancelleries, which, however, lack the translation of the work of the Turkish professor.

Do you think a valid thought? From a point of view Atlantic the scientific nature of the discussion tends to shift towards more strictly revisited Pan-Turkish conceptualities, but the incontrovertible datum is based on a constant reference to a concept of power in itself that is animating extra Anatolian politics. The underlying intent is clear: playing on the western table - European and NATO - but maintaining good relations with Russia - from which it has acquired advanced missile weapon systems - and exercising a multidimensional foreign policy capable of making compatible alliances and strategic depth neo ottoman.

Was it - and still is - a paying policy? The outcome of the attempted coup d'état highlighted a partial international isolation due precisely to the strong ideological connotation of foreign policy, both to a diminished interest in integration in the EU, and to a departure from US positions. If it is true that Erdoğan's ascent to power, Turkey's perception is that of an Islamic power and not more Western, it is equally true that relations with the other countries, especially with the old allies, have known and still know moments of strong conflict. The assertiveness of Ankara is therefore taking place, albeit in different ways, on different geopolitical fronts, starting from a mutual and interested rapprochement with Russia and Iran, passing through the highly critical positions expressed regarding the displacement of the US embassy to Jerusalem, until arriving at the attack brought against the Kurdish enclave of Afrin, a useful instrument of pressure to be used against the US, given the preference given by the Trump Administration to the Saudi Kingdom.

In this context the positions of the EU can not be considered; how much weigh and what value do they have? Remarkable, if expressed by the countries of greatest international importance, small if represented by the institutional representatives of the European Commission, yet another demonstration of a Levite politics unable to balance the natural massiveness financial, even in version two speeds. 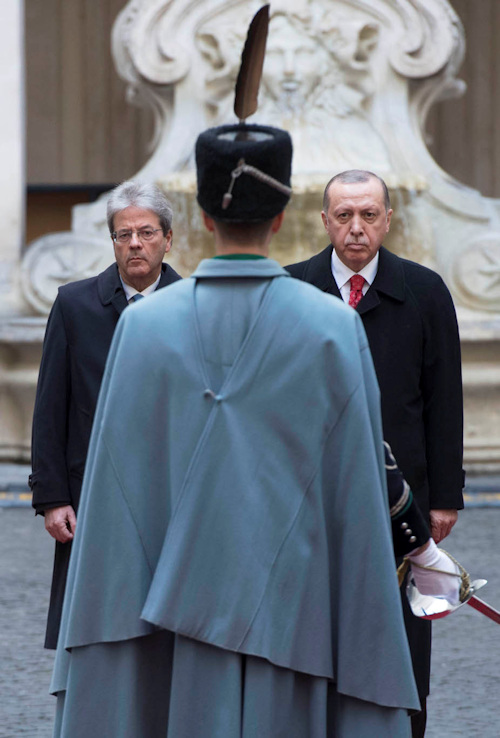 While remaining in the field of pseudo hypothesis, where two countries (Germany and the Netherlands?) Should come to a diplomatic clash with a single actor due to its frequent interventions in their domestic policy (Turkey?) Taking unilateral initiatives, and if by pure theory the same actor should engage in official government actions with two other representatives of the same European assembly (France and Italy?) but without obtaining tangible and immediate results given its own conceptual political bases often at the limit - if not beyond - of the international law, on one hand the inconsistency of European political action would be concluded, and on the other it should be noted that a Appeasement however comfortable it could become risky. From this point of view the episodes that have affected both are to be framed Saipem 12000 that, a few days later, naval units of the Greek Coast Guard. Both events have highlighted the dynamics that have shifted the focus of attention from merely political - diplomatic actions, even if they did not have their own characteristics, to concrete actions carried out by military units.

Faced with the age-old Cypriot question, Turkey is unilaterally imposing its own interpretations of the main assumptions of international law, effectively opposing what has been established by the Treaty of Lausanne and pervasively interpreting the concept of EEZ. The Turkish Cypriot confrontation on the stretch of sea interested in ENI's prospecting is inspired by the existence of the gas field Calypso, of particular richness and purity even in the face of the Egyptian deposit Zhor, and the denial of any legitimacy and right to Cypriot claims on their territorial waters; It is good to clarify that the clash that is looming in the area does not only concern Italian interests, but also involves other regional and international geopolitical actors and the EU not only for the inevitable economic and commercial repercussions, but also and above all for statements of law that, as far as doctrine is concerned, nothing is legal. Inevitably, stigmatize and resume some points: first, the Turkish Oceanographic Ship Barbaros in the area with long-standing actions, secondly the doctrine of strategic depth has now been applied since the rise to power of the Party for Justice and Development, thirdly it had already become evident an authoritarian involution of the Turkish government with the violent repression of the Taksim Square disputes, and last but not the least, the instrumental use of the "weapon" of the masses of migrants against the EU.

Probably the most prudent chancelleries could have calibrated their foreign policy differently; the very recent state visit of Erdoğan in our country, in light of the Cypriot events, therefore takes on almost the appearance of a ultimatum even more unacceptable especially if placed in relation to the reactions that other European countries have had as a result of frankly debatable Turkish political initiatives. In a dynamic and ever-evolving world (unfortunately or fortunately) of international relations, inertia does not seem to be very high because of its often and often players more volatile, it can be confused with a mortifying inanity. 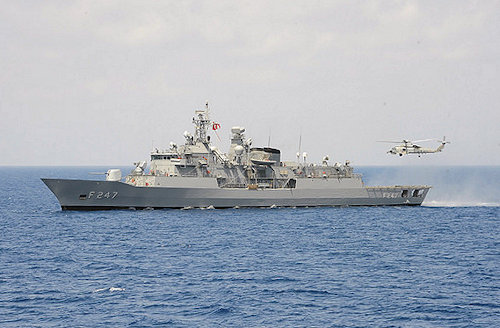 The accident occurred in the Aegean between UU.NN. of the Turkish and Greek Coast Guard, broadens the range and scope of neo-Ottoman actions, following which Erdoğan considered it opportune to recall that both gas research and maritime initiatives do not escape the attention of the Crescent, directly admonishing Italy and Greece to " do not make wrong calculations ". Our country, hoping for a shared diplomatic action at European level, awaits the events while another State imposes its will in a context that finds no juridical or customary foundation, and procuring yet another economic and image damage.

Given that it is unlikely that the EU will (and will) engage a diplomatic duel (certainly not of a military nature) on behalf of third parties, our country will have to consider several possible scenarios, all of not easy management, especially in a political moment of such difficult interpretation and evolution; certainly, any executive will find legitimization from the polls must take into account to have a cynical leadership and formed to act according to strategic parameters that, shareable or not, are breaking the Mediterranean area.

Between the second half of July and the beginning of August over thirty people died (including two soldiers ...
92
Read