Home geopolitics Analysis Trump betrays the Kurds and starts the ...

Trump betrays the Kurds and starts the Turkish attack on Syria 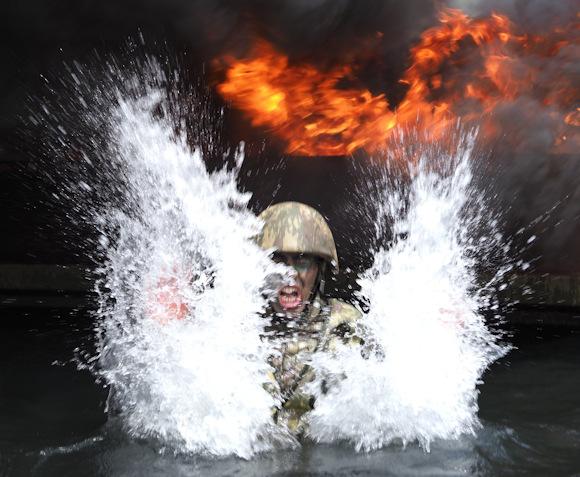 "Europe doesn't want its foreign fighter ISIS back, which is a cost to the United States ... The Kurds fought for us and we paid them with money and equipment to do it".

This morning the American president Donald Trump must have woken up on the wrong foot: in fact, his rant on Twitter to justify abandoning the Kurds to their fate in the face of an increasingly probable Turkish attack seems to be written with their feet and not even with the right ones . The tenant of the White House, the reports say, went against his advisers by making this decision alone. This opens a double crisis scenario: one exquisitely internal to the Trump administration, with the foreseeable and by now habitual aftermath of resignation of humiliated collaborators; on the other hand, the Kurds remain, with the snot in hand, but not only them.

Israel finds itself with the only non-hostile regional subject, the Kurdish entity precisely, at the mercy of former Turkish friends, whose growing aversion to the Jewish state is no longer even hidden. Moreover, even if there is no good blood between two old foxes such as Assad and Erdogan, a weakening of the Kurdish Autonomous Administration in North-Eastern Syria makes the game of Damascus, interested in regaining control of at least part of those territories and above all of the oil fields east of the Euphrates, especially around the city of Deir el-Zor. If Rojava, the federation of the Kurdish provinces in Syria, were to capitulate, Jerusalem would indeed be much more alone and above all unable to use, even if unofficially, the territory in the event of a future conflict with Iran.

The Bashar el-Assad regime itself has to deal with yet another Ankara coup, which I first sponsored Islamist groups, then occupied a portion of Syrian territory. 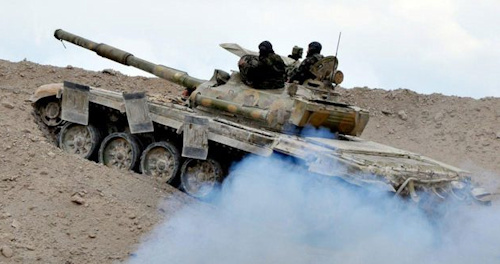 The Kurds, like the Syrians loyal to Damascus, have made an immense effort over the past eight years and do not appear to be in a position to harm one another. Indeed, Kurdish oil must necessarily pass through Syria to reach the Mediterranean ports. Conversely, Turkey is a tough opponent, who has already shown in Cyprus never to leave the occupied territories by force with the good. In short, from the Syrian territory the Turks will never leave.

What, then, of the Shiite axis, to which Washington knowingly threw the Turkish friend-enemy into the wheel? The more the tanks of Ankara go south, Trump seems to think, the more the unity of the Shiite half-moon, between Lebanon and Iran, will be broken. What is certain is that the Gate is not hostile to Tehran on principle and like the Iranians it does not welcome Saudi Arabia. But these are details, for the sovereign president: in substance, the more the Ottoman dagger will sink in Syria, the more Iran will have to ask permission to act in the region. This will happen, paradoxically, at the expense of a friend of Israel. Undoubtedly, however, the tactical advantage is appreciated in Tehran: Syrian Kurdistan, thus, ceases to be a supportive foot for Israel to the detriment of the ruling theocracy in Tehran and a less call for Kurdish autonomism, also in former Persia.

Russia approves and justifies. Putin's privileged relationship with Erdogan is confirmed. With the novelty that Trump joins to form a new front.

NATO ... Well, the story here is more complex. The "betrayal" of the Kurds is too sensational to be ignored and the simple request for a negotiated solution does not seem sufficient to characterize a strong political position. 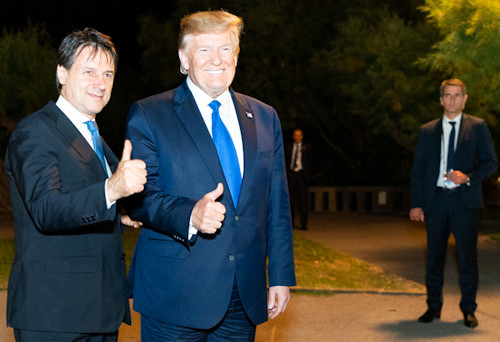 We know for sure that neither Paris nor London, Washington's main partners in Europe, have not even been informed, let alone consulted.

We do not even wonder if "Giuseppi" has been warned ...

One wonders if anything, but only for Italian domestic use, if Di Battista, still in the pits, will comment on the position of Foreign Minister Di Maio, when he will express it. Everything here, look at how we are reduced!

Certainly, the fact that the European Commission is not yet at the height of its powers does not help. However, this behavior of Washington, if possible, puts even more in crisis the alliance between Europe and North America in the defense of a status quo approved by both, indeed it makes us think that there is really no longer a vision of the whole .

The think tanks of the Old Continent will have something to think about: if, tomorrow, let's say, Slovakia, Lithuania or some demographically and militarily more powerful power decided to unilaterally change the borders in Europe, we have the certainty that the Americans ... will they intervene?

The doubts of the Turkish Armed Forces remain unconfessed: for Rojava, neither the brutal butchers of the ISIS nor the armed mountain men of the PKK are fighting, but forces that for nearly two decades have been receiving instructions and means from the West and military advisers also from Israel .

Will it really be a walk? Or did Washington give Turkey's green drive to Vietnam?

We stop just with this last doubt ...

Venezuela would be experiencing a dramatic new "revolutionary" phase, as a potential alliance between the FARC ...
430
Read

Many people wonder what the big countries and big organizations have concluded in Berlin ...
780
Read

The Berlin conference, called to settle the Libyan question, presented itself with a program, unbalanced to ...
15169
Read

On what happened on the night of January 3 as for the record there is little to add. What matters is the ...
1510
Read

The foreign policy of any country is, or should be influenced by history, culture and psychological aspects ...
3933
Read

A few hours ago the council of dignitaries and wise men of the Turcophone enclave of Misurata rejected the visit of the ...
6258
Read

The Sahel occupies an immense strip of territory, a transition area between desert, savannah, equatorial forests and ...
2230
Read

When the Egyptian rackets will stick to the Turkish (tennis) balls, Ankara and Cairo (as well as Washington and ...
8797
Read

The Palazzo della Civiltà Italiana was soaring towards the sky celebrating heroes, poets, saints and navigators, but without ...
2108
Read