Trump, Salamé and the reunification trials of Libya 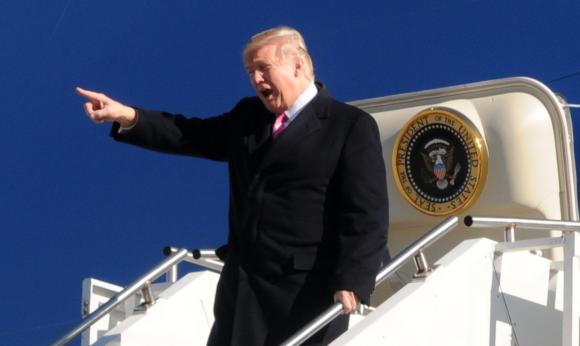 The long deadlock of Libya will be resolved, according to the UN Security Council, with a new strategic transition agreed with all the parties involved by UN special envoy Ghassam Salamé.

The reality of the Libyan disaster is there for all to see: after more than seven years since the fall and killing of the dictator Col. Gheddafi, none of the objectives hoped for after his death has been reached. Not only has the country broken up, but it has become home to terrorists, criminals, traffickers of human beings and criminals, in a state of endemic chaos and corruption.

The plan of Salamé starts again from the agreements of Skhirat, the Moroccan city where they were signed in December 2015, which however had to be reviewed and updated just starting from the autumn 2017 and its task is certainly not among the simplest.

In fact, the country sees today two governments of which, as noted, one in Tripoli (GNA) with Prime Minister Fayez Serraj and the antagonist in Tobruk (LNA), led by General Kalifa Haftar. Both of these executives suffer from numerous problems, both on the domestic and foreign front.

The first crucial risk for Serraj is that militia tripoline allies of his bitter enemy Kalifa Gwell are seizing the occasion of the revision phase of the agreement to attempt a third coup. The first two, fortunately for Serraj, are aborted one in October 2016 and one at the beginning of this year. The very precarious internal balance of Tripoli has worsened in signing the agreement to contain human trafficking with Italy and with the UN reprimands on the treatment of prisoners.

General Haftar instead controls the Cyrenaica with the support of the Egyptian president Al Sissi, the French and, more in the shadow, Putin. Head of the Lybia National Army, he fiercely fought terrorists and ISIS but, to his surprise, the Tobruk parliament recently showed a certain willingness not only to collaborate with Salamé in reviewing the agreements, but also on the conduct of regular elections and on the definition of a new constitution. 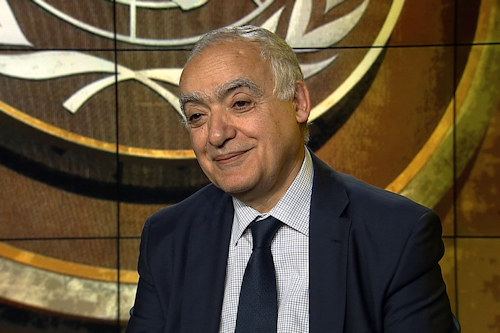 Thus, in Libya not only militias and terrorists but 40 tribes are confronted. Salamé (photo) seems to have managed to convince the powerful Tuaregh tribes, Tebu and other very influential tribes such as Tarhuna, Zuwaye, Al Awari (who fought relentlessly against General Graziani) and Beidat. Their heads stick, gathered together with the major mayors, have "sworn" that they will not move before the election. So, apparently, all the interlocutors seem to be involved in the process of reviewing the agreements and in defining the new constitution.

Of course these are not the only problems. The lack of liquidity for a country that lives on public wages is fatal, the attempt to increase the extraction of black gold has failed, agriculture has collapsed, unemployment is skyrocketing.

The new hope of resolving the Libyan chaos on the part of the entire international community is, therefore, that the 2018 elections lay the foundations for real national reconciliation and an economic recovery that will allow Libya to remain on its feet.

In the country of traffic, never seen before, of 5 millions of human beings from all over Africa, where 135 armed militias live together, with Egypt using Cyrenaica as its buffer zone against terrorism and the USA who confide in the defeat of Haftar, detested by the whole American military-bureaucratic apparatus and even by Trump himself, who openly supports Serraj and his followers, is inexorably in mind Gaetano Salvemini, who wondered during the Italo-Libyan war of the 1911 to whom could interest that poor and tribal sand box.

But Libya instead has a very strong strategic role for Italy, is the bridge between Africa and Europe, and not only that: its oil of excellent quality and the gold of the mines of the south are appetites above all by the French who are an integral part of the Libyan catastrophe and for years have been fighting an economic war against ENI and any Italian presence in the area.

In conclusion, Trump's support for the Salamé operation is now so explicit that even Putin is mediating. Lev Dengov, head of the Russian contact group for Libya, said two weeks ago that the most important region for Libyan stability is not Cyrenaica (in Haftar) but Fezzan, the gateway to the African continent.

With Salamé, therefore, the trials for the "reunification" of Libya have begun. We'll see how they will end.

Al Qaeda loses its subtlest mind; like in a Tom Clancy novel, al Zawahiri was eliminated by the 2 missiles ...
4219
Read