Home geopolitics Analysis Transition and leadership in Venezuela of ...

Transition and leadership in Venezuela after Chavez 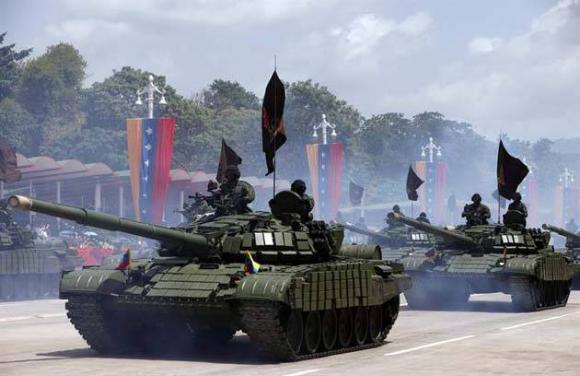 After the clashes in recent days in the capital of the Bolivarian Republic of Venezuela, the inevitable end of Nicolas Maduro's presidential term has clearly emerged. In 2013, after the death of President Hugo Chavez, it was Maduro himself who relied on the loyalty and support of the military, necessary to be able to govern in Caracas. And this axis seems to have been broken at the moment, leading a significant part of the armed forces to support the transition and opposition coalition.

According to a recent statement by the President of the National Assembly Henry Ramos Allup, it appears that a not inconsiderable part of senior officials, led by Governor Francisco Arias Cardenas, are seriously considering Maduro's resignation, as a possible means of addressing the political and economic crisis. . This would allow the new administration to be able to begin work on new economic and political reforms while at the same time stemming the anger of citizens, who are now so tired of the current government that they transform discontent into a wave of real unrest.

There are several scenarios imagined by international analysts for Venezuela's future. The situation appears very complex, but as has often happened in Latin America, the most classic shortcut, namely the coup d'etat, is not to be considered improbable. The risk of social upheaval as a consequence of the economic crisis could in fact push members of the political elite to seek a faster transition. In this case the initiative of a part of the Fuerza Armada Nacional it would put aside the President without a constitutional path.

Another option is the "negotiation" of the removal of Maduro, as claimed by Padrino Lopez, Minister of Defense of the Bolivarian Republic of Venezuela, avoiding unpopular coups that are difficult to understand by the international community.

More realistic, but not very popular at the moment, would be the scenario that wants a resigning Maduro in order to form a junta or another transitional government, where the participation of the opposition would be implicit, thus free to run for the Presidency. According to the Venezuelan Constitution, in fact, the new elections must take place within 30 days of the resignation of the President and the President of the National Assembly would govern the country until the new elections.

For a real and total leadership transaction, especially in the last hypothesis, we must imagine a long period of time, with every certainty of months. Judging by the latest clashes in Caracas, it would perhaps be better for the civilian population to speak of weeks.

Mario Draghi spoke of Turkey as Italy's main trading partner in the region that includes the Middle ...
195
Read

The Mediterranean once again lends itself to being the ideal backdrop for those wishing to shift attention from Ukraine; ...
1414
Read

As was widely expected, during the Summit of NATO Heads of State and Government in Madrid, Finland and Sweden ...
4174
Read

The international situation is evolving rapidly and there is no country that does not have to adapt. In an area of ​​course ...
8414
Read