Terrorism, the new strategy to hit the West: why attack stadiums? 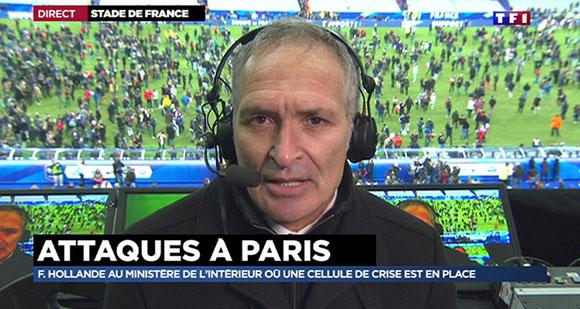 There is a constant constant, analyzing the tragic events of recent days in Europe. A constant that would confirm a new one modus operandi in the strategy of international terrorism: the stadiums. But why?

Meanwhile, it should be remembered that terrorism itself is a constantly evolving phenomenon, in some ways able to adapt and sometimes, unfortunately, even to escape the current technology of governments. Terrorism is that phenomenon capable, due to its continuous evolution and assimilation in the field, of rendering obsolete the best security measures that billionaire governments can deploy in their defense. Because if it is true that on the one hand we can refine the best machine on the planet capable of identifying a particular explosive or radiological substance, on the other no one is yet able to set the human mind within certain parameters. Understand how it will evolve.

Not for nothing, the explosive belt worn by a suicide bomber is considered the perfect fragmentation grenade, for the double reason of being "intelligent" and "camouflaged". Terrorism, therefore, has the ability to undermine the classical schemes, taking them to another level. That's why we're talking about asymmetry: getting out of the box, using unconventional methods. The stages we said, constant fixed, at the cyclical moment, of these last tragic days.

Let's try to understand why the Islamic State would have changed strategy. The reasons are many. From a cultural point of view, the stadiums represent the sports temples par excellence of the West. The stadium is like a church for the Westerner (with due proportions, of course), for the role he plays in his life. Sport fascinates him, distracts him from the tragic nature of his life, makes him feel antipodal feelings. Sport makes it fun, maybe even with the family. Here the structure that houses the sport becomes a theater of battle. Because a target can be hit in a variety of ways. In itself, the explosion of a bomb is only the first step, in some ways the "less" traumatic compared to the fear that such episodes instill in the mass. And fear, compared to the pain that can be transformed into a permanent memory, remains a constant that changes the way of life. Therefore, attacking the stadiums (at the moment this strategy is isolated to Europe) makes sense and is placed in a new tactic that aims at dispersing forces to maximize fear in the masses. The dispersion-maximization binomial is not to be underestimated.

History teaches that many wars have been lost (and won) just like that. And history has always shown that government emergency plans aim precisely at the ability to secure key government structures with the ability to react in force to multiple asymmetric attacks. But these plans are activated only in case of emergency and sometimes they are too predictable. The stadiums we said. Why attack them?

We analyze everything from a purely structural profile. The stadiums host tens of thousands of people: some structures can also contain 90 thousand fans. They do not lend themselves to all attacks, because unlike the subway, for example, attacking a stadium with gas would make no sense due to the fact that it is in an optimal condition in terms of air recycling. But the stadium itself has a determining factor: it hosts a crowd that could, in a very short time, become unmanageable. Needless to reiterate the characteristics of the crowd, but the concept is simple: we think of the stadium as a large container of water that is placidly kept inside. If we provoke a gash (an exploding bomb), the liquid would come out without control and with force, overwhelming everything. So would the crowd. Thus, it appears evident that if one of the Paris bombers managed to blow himself up or cause a bomb to detonate behind a gate packed with fans, all hell would break loose.

That crowd, which we saw on TV waiting on the pitch, if hit by the exit would have unleashed hell and would not have been manageable by the stadium stewards. And considering the tight controls that, in theory, would prevent undermining the foundations of a curve, for example, deflagrating a bomb before a gate overflowing with people, is still a plausible fact and represents the best option. But there's more. The stadium has a particular feature: live television.

We know that the Islamic State is, at least officially, fighting with al-Qaeda. The latter does not recognize the sovereignty of the Caliphate. There is a sort of internal war between the two fundamentalist movements. Although ISIS has surpassed all al-Qaeda (for number of affiliates, creation of a geographically localized state, etc ... etc ...), it still lacks its worldwide "spot" like the indelible 11 September. And this is what those of ISIS are looking for: a "promo" of terror on a worldwide live broadcast for the caliph. The beheadings and torture published on youtube , can be seen by millions of people, but this range is not remotely comparable to a live television broadcast of a soccer game, second perhaps to a game of Beach football American. Here then, analyzing the attacks from a triple point of view, we understand what the new strategy of the Islamic State in Europe is aiming for.

Obviously, this is the theory. The West has resources, people, means and intervention plans from its side. But perhaps the problem is precisely in the static nature of those plans of action, also their hostage to their constant cyclicity. The terrorist next door, despite receiving indoctrination in the field, can never be considered as a soldier, but has anonymity and the ability to be unexpected.

What if, instead, we were in front of an immense drawing?

If the episodes happened today were only misdirections?

If so, the real attack has yet to take place.

As was widely expected, during the Summit of NATO Heads of State and Government in Madrid, Finland and Sweden ...
4123
Read

The international situation is evolving rapidly and there is no country that does not have to adapt. In an area of ​​course ...
8387
Read

The visit of the Chinese foreign minister, Wang Yi, who in the second half of May touched several small states ...
1108
Read

The focus of geopolitical attention cannot be fixed; Ukrainian drama aside, Asia continues to stir up more than ...
8901
Read

The vote in the UN Assembly of the motion condemning Russia's aggression against Ukraine has ...
3235
Read

Wars are not only fought on the battlefield but also on agricultural fields. The world is witnessing a ...
1538
Read