Home geopolitics Analysis Earth and Water: the terms of power 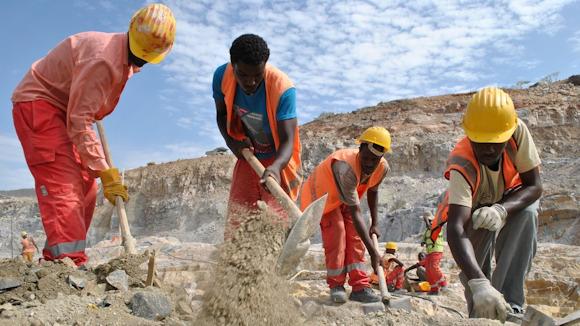 Herodotus had described, in a few words, the basic elements of each domination: Earth and Water; this was what the Persians demanded of those who surrendered their weapons. Let's start from Terra, from an extended and geopolitically relevant area, to then tighten the diaphragm onWater, on a relatively smaller area but still crossed by the high tension of international relations.

The Horn of Africa, even if far from the echo of other theaters of crisis1 it is a region characterized by the action of hegemonic powers, by contradictions, divergences of interests, conflicts by proxy; It is no coincidence that upheavals have been underway for some time due to the will of Middle Eastern political entities, interested in determining interdependence between the countries bordering the Red Sea, with interventions both on internal national dynamics and on the conflicts that upset the area.

The US heavily influenced the political direction, first with the failed strategy neocons of Bush, then with the chaotic disengagement of Obama who, leaning towards the doctrine of leading from behind, in competition with the riots spring, it facilitated the affirmation of regional powers eager to strengthen their hegemony2, with the creation of unprecedented structures that brought Turkey and Qatar closer together against the Gulf monarchies3, kingdoms in difficulty in containing the ambitious Iranian strategic depth, not separated from Turkish activism, aimed at compacting internal consensus thanks to foreign policy.

Eritrea has been characterized by a changing policy according to Saudi donations and which, thanks also to the Qatari work, has led both to wiser advice in relations with Ethiopia, and to targeted interventions with Sudan and Somalia. In short, the contemporaneity of endogenous and exogenous conflicts, the security dynamics connected to jihad, piracy, humanitarian and climate crises, have made the area a relevant geopolitical destination, in which there is a competition between Middle Eastern actors (including Israel), and international4, and which could turn into an extension of the macro-dynamics originated in MO. 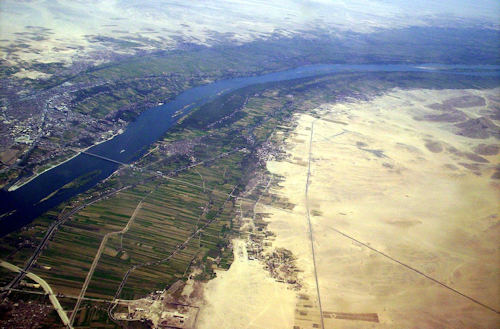 The very nature of the investments leads back to specific objectives: port investments by the UAE with a strong Chinese presence; construction of Saudi and Turkish military bases; the diplomatic reorientation of Eritrea, Djibouti and Sudan pro Riyadh, through military aid and development money; the mediation of Saudi Arabia and the UAE between Eritrea and Ethiopia with the Jeddah agreement of 2018 which re-proposes Asmara on the international stage after years of diplomatic isolation; the commitment to the protection of maritime flows in the Red Sea and the western Indian Ocean. The regional balance of power, conditioned by momentary and contingent alliances, also in light of the fact that the Gulf countries see their natural strategic rear in the African territories, have therefore been rebalanced in function of the enlargement towards new areas of confrontation, where each interlocutor has worked to reduce the influence of others in function of both a shared general strategic interest determined by the perception of a common threat, Iran, and a series of particular interests, for which, for Saudis and Emiratis, Ethiopia is the potential sub-regional hegemon with negotiating strength given the GDP growth rate, as rivalries with Somalia, or between Sudan and Egypt insert it into macro-regional competition, and where Chinese efforts to take root are stronger and more contrasted, more generally, by the USA. We therefore arrive atAcqua, not the salty one of the Red Sea, but the sweet one of the Nile, the major northeastern source of water supply.

The use of Nilotic waters has been regulated by treaties: starting from 1929 Egypt maintained a prevailing position, partially revised in 1959, to reach 2011, with the Ethiopian announcement of a project for the construction of a dam in north of the country 15 kilometers from the border with Sudan, near Lake Tana, the source of the Blue Nile, the Grand Ethiopian Renaissance Dam, an element of further disruption of regional balances and which, initially, was financed with national funds. The launch of the project was based on specific factors: the usual Ethiopian exclusion from the previous negotiating tables on water management, economic needs linked to hydroelectric exploitation, reduction of the effects of an unpredictable climate; however, the creation of the GERD, by the Italian Salini Impregilo5, has also led to obvious political consequences for the countries of the area, first of all Egypt, since the Ethiopian solutions would aggravate an already very complex internal Egyptian framework, which the reduction of water volumes would make dramatic, both for agricultural production , both for the hydroelectric power currently insured by Lake Nasser.

The tensions, given the territorial extension, do not concern only Egypt and Ethiopia, given that Sudan is also involved in the Nilotic chessboard, tensions increased in 2019 when Egypt began to raise the possibility of war against Ethiopia. Many attempts at international mediation6, with Russia and the USA (moderately pro Egypt), passing through South Africa, in an extremely dynamic context where agreements and abandonments of the table have followed one another incessantly.

More than 90% of Egyptian water resources comes from the Nile, and in the face of forecasts of population growth that exceed 100 million inhabitants, the salinization of the soil prevents crops, all elements of crisis which, however, cannot make Addis Ababa withdraw. which, not bound by any agreement, is not obliged to take on the inefficiencies and backwardness of Cairo, which has also been exposed in companies pharaonic, such as the construction of the new administrative capital. It is obvious that these are complex agreements that should regulate the filling of the reservoir, as well as the management of droughts and water flows, as well as averting a further possibility of confrontation in the Horn.

The Egyptian government, devoid of any awareness on the subject of water economy, has undoubtedly paid for both historical structural deficiencies and political instability and since 2011, not only has it facilitated any initiative aimed at taking advantage of its vacatio imperi, but has hindered all diplomatic actions vainly aimed at persuading Ethiopia to respect anachronistic colonial agreements. Sudan also plays a part in this complex diplomatic game, however shifting the balance from time to time, oscillating between the traditional influence towards Cairo, and the tempting Ethiopian economic promises supported by Saudi and Emirati investments.

With a change of strategy, Egypt, no stranger to cyber attacks on Ethiopian platforms, therefore involved South Sudan as a partner, supporting both the project - for now stopped - to divert the water of the Jonglei canal, and looking for allies to international level, such as Germany. On the other hand, it is worth noting the not so silent integration of Ankara, given the relations between the Foreign Minister Mevlüt Çavuşoğlu and the former Ethiopian President Mulatu Teshome Wirtu, representative for relations with Egypt: the clash between Egypt and Turkey therefore goes beyond the Libyan theater, on the strength of the fact that the more work progresses, the more pressure increases on Cairo, oppressed by the time factor. Egypt therefore bends to the wind of Realpolitik, reopens to trilateral negotiations, however insufficient, not being able to avoid tensions especially with Sudan, both as regards the dispute relating to the geographical border area of ​​Hala'ib, and for the concession of the Sudanese island of Suakin to Turkey.

Realistically, the agreement between Ethiopia and Egypt seems difficult, if not impossible, unless the intentions of reaching an effective and fair compromise are not materialized. While Egypt has opted for internal consultations aimed at discussing the guidelines developed over the last troubled summer months, in light of the fact that, according to reports from Cairo, the Ethiopian proposal does not include clear operating instructions and excludes any legal dispute resolution mechanism, the Sudanese Ministry of Water Resources has increased the dose stating that the latest Ethiopian position could herald a new block of negotiations. Ethiopia, in obvious countertrend, has instead expressed an assumed optimism for the future of the talks, without dispelling the doubts about the fact that Ethiopia itself, which in turn has previously deserted the negotiating venues and does not want to bind to an agreement that guarantees fixed water volumes, can proceed unilaterally with the completion of the works. The exit strategy that manifests itself in Egypt is first of all that of external assistance that creates a possibility of normalizing relations with Israel, at the forefront in the water management sectors, and for some time committed to using the resource water to strengthen relations with Jordan.

In a particularly fluid moment like the present, the diplomatic conflict on the Nile attests a failure of the Egyptian power projection, so much so that even if a definitive agreement is reached on the filling and functioning of the GERD, Cairo would still be in a strong impasse given that, moreover, despite having declared the desire to establish a military base in Somaliland, valid military options do not seem to exist, despite the war expenses faced in recent years and despite the diversification and expansion of foreign relations7.

5 Besides the GERD, it is building a complex of three dams and four hydroelectric plants along the Gibe River, a tributary of the Omo, in the south of the country. The Kuraz Sugar Development Project is also connected to one of these dams, Gilgel Gibe III, which includes a plantation of 100.000 hectares of sugar cane and three factories for refining.

6 Numerous attempts over the years have proved unsuccessful, including other state actors, from the Helsinki Rules of 1996, to the Nile Basin Initiative (NBI) in 1999, to the Cooperative Framework Agreement (CFA) of Entebbe in 2010, up to the Trilateral Committee of 2013 .

7 Besides the USA and Europe, it has entered into economic and security agreements with Saudi Arabia and the UAE; strengthened its relations with the People's Republic of China and Russia, expanding the partnership with neighboring Israel

As was widely expected, during the Summit of NATO Heads of State and Government in Madrid, Finland and Sweden ...
4080
Read

The international situation is evolving rapidly and there is no country that does not have to adapt. In an area of ​​course ...
8379
Read