Takuba task force: we go to Mali for our interests in Libya 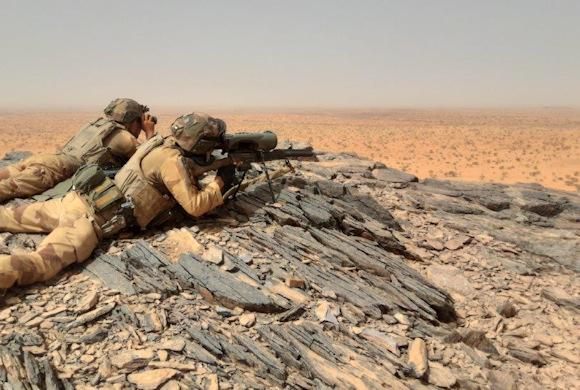 The departure of the Italian military contingent headed for the Sahel to participate in the operation should be announced in the next few days Takuba under French command. As anticipated by "Online Defense" (v.articolo) the 200 Italian soldiers - including special forces operators and support units with helicopters and vehicles such as LINCE e 4x4 flyer - directed to Mali they will be engaged both in training activities of the local regular forces, also accompanying them in the field, and in the search and identification of objectives in depth, assisting the French air forces of the operation from the ground Barkhane.

The Italian soldiers in the Sahel will not participate in a "peace mission" nor, due to the very characteristics of the conflict in Mali, could they only have support and medical evacuation tasks, but they will necessarily also be engaged on the "combat" side, participating in clashes with the Tuareg jihadists, well-trained forces, capable of using heavy weapons, who know the desert well and who know how to gain the support of local populations. What our military will confront will be a difficult scenario also given the difficulties encountered by the Malian regular forces in the recent battles against terrorists and where, therefore, the "decisive weight" of the war falls on Western troops.

Beyond the natural - and dutiful - silence of political and military institutions relating to the preparation of the Italian contingent headed for the Shael, in the specialized press more than someone has turned up their noses on the real usefulness of sending troops to West Africa, fearing the risk of a "submission" of Italian interests to French ones. 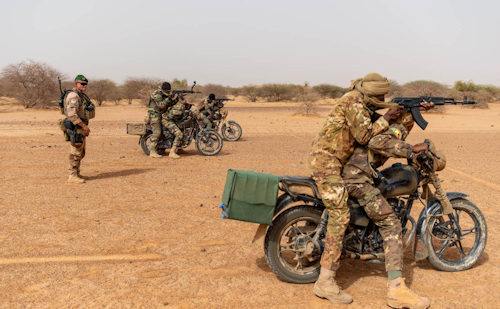 The Italian participation in the Takuba Task Force, however, is all the more important now that in Libya, with the government of national unity led by the Misatino Abdul Hamid Mohammed Dbeibeh, it seems to have begun - with all the necessary reservations - a new phase for the stabilization of the country and, with it, of Mediterranean Africa. Among the issues on the agenda for the Libyan "limited sovereignty" executive in charge of managing the transition are the disarmament of militias, gangs and tribes, the guarantees on oil production but also the control of porous borders, in particular than the southern one. But the news of the construction of a new entrenched camp between Sirte and al-Jufra does not bode well for the unity of the country. It should be borne in mind that the operational center of North African jihadism, in the unstable area that includes Mali, Niger and Chad - also lapping Sudan - is precisely Fezzan.

During the Libyan conflict, several times the crossing of the Libyan-Chadian border was recorded, in both directions, by Islamist militias, some of which also headed to Mali. As well as from Mali, passing through the anarchic Algerian border, many Islamists went, arms and baggage, to Libya.

The one fought by the government of Bamako and the French against the "strange alliance" between the veterans of the Islamic State and al-Qāʿida in the Islamic Maghreb (unique case in the panorama of international Islamism) is not a war unrelated to the Libyan conflict and the systemic instability of Mediterranean Africa. The Islamist Tuareg militias were protagonists of the war in Libya, in particular on the Fezzan front, and are formidable forces in the combat in the desert scenario, just think of the victories obtained against the Malians. 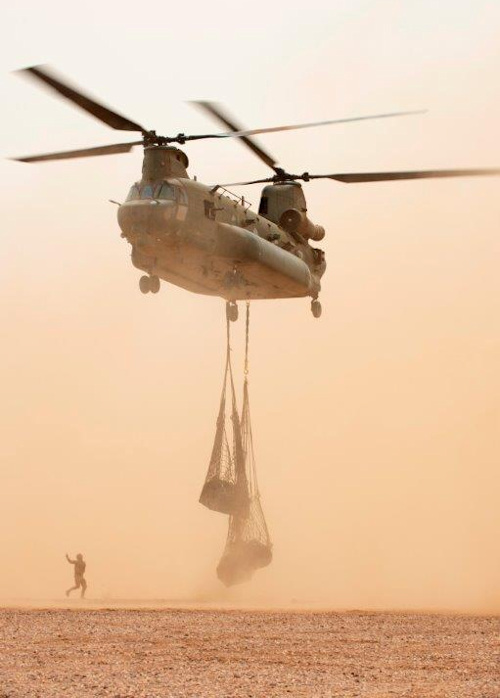 The situation on the ground in Mali, where the northern half of the country remains in the hands of the militiamen of the Azawad National Movement - with a somewhat ambiguous conduct - and of the various Islamist acronyms, imposes on the Franco-Malians (and so it will happen for the Italians) to carry out rapid operations in depth starting from forts isolated in the desert, where the difficulty lies in maintaining control of the territory and in the speed of supplies. In Mali the late nineteenth-century tactical principle of the "chain in combat" is back in fashion (for further information: C. Ponza di San Martino, The chain in combat, in "Rivista Militare", Volume I, March, 1892) applied, however, to the standards of modern warfare, where small combat units (supported from above) can, with greater volume of fire and constant supplies of weapons and ammunition, ensnare enemy forces considerably higher, suffering, in percentage, negligible losses.

General François Lecointre, Chief of Staff of the French Armed Forces recently reiterated that the indicator of the success of the mission lies in the effects obtained by Barkhane, such as the ability to deprive the jihadists of their freedom of movement and, at the same time, favor the return of government forces to territories which, having fallen under the Islamist heel, seem to be inaccessible. This need for both "great tactics" and strategic action forces us to carry out operations in depth in which air support is essential to support the forces on the ground. Precisely the centrality of support from above for land operations has opened a wide debate in France which involved not only the military but also politics (v.articolo) and it has been highlighted by many that the availability of helicopters is just sufficient to conduct operations that involve, at the rate with which combat actions are carried out (one every three days according to 2020 data), also a considerable consumption and need for spare parts whose number fails to satisfy the request. From here it is almost natural to deduce that the French serve as bread men and half allies, including those of the Italian Army.

Between 1.200 and 1.500 orbit the number of jihadist militiamen killed and / or put out of action by the French and allied forces in 2020 in the operational sector in which the Italian task force will also operate; a considerable figure but that must not be deceiving: in the Malian conflict the brute calculation of the numbers counts for little, but that of the kilometers of controlled territory is essential. The geographical factor crushes the mathematical one.

For the Italians, that in the Sahel will be a complex but strategically necessary commitment not only to strengthen their presence in Africa but, above all, to support the Libyan stabilization process from a front of primary importance - but which appears peripheral - and avoid new growths of crisis in Algeria and Tunisia.

To speak of an "enlarged Mediterranean" without extending the strategic-geographical scope of this definition to the Sahelian hinterland would be nothing more than a mere rhetorical exercise. Instead, the "enlarged Mediterranean" is the political-military strategic concept within which Italy must guarantee its interests, even with weapons where necessary, just like in Mali.

The Mediterranean once again lends itself to being the ideal backdrop for those wishing to shift attention from Ukraine; ...
860
Read

As was widely expected, during the Summit of NATO Heads of State and Government in Madrid, Finland and Sweden ...
4162
Read

The international situation is evolving rapidly and there is no country that does not have to adapt. In an area of ​​course ...
8402
Read

The visit of the Chinese foreign minister, Wang Yi, who in the second half of May touched several small states ...
1109
Read

The focus of geopolitical attention cannot be fixed; Ukrainian drama aside, Asia continues to stir up more than ...
8903
Read

The vote in the UN Assembly of the motion condemning Russia's aggression against Ukraine has ...
3239
Read

The rise of China as a global economic and geopolitical superpower has heightened tensions and concerns about ...
3361
Read

Last May 23, with a grand ceremony attended by President Recep Tayyip Erdoğan as guest of honor ...
4624
Read