Home geopolitics Analyses Developments after the summit between the two Koreas

Developments after the summit between the two Koreas 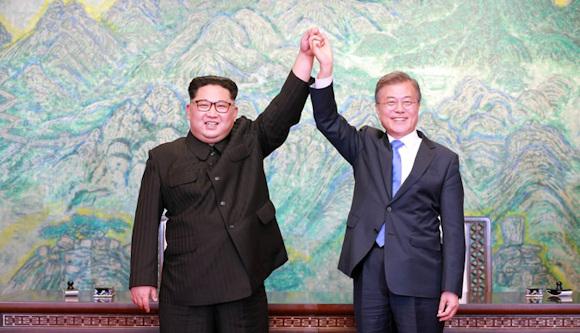 The April 27 meeting between Moon Jae-inn and Kim Jong-un brought a breath of good and above all peaceful air into the Korean peninsula. Not so much for the results obtained, currently relegated to the field of traditional declarations of principle, but above all because of the will of the parties, communicated loudly to the whole world, of wanting to change the register and start a new season of relationships. "We are brothers with the same blood ", said Kim Jong-un, in the speech at the end of the summit, and "we will not repeat the mistakes of the past".

In the joint statement issued at the end of the summit, the first to be held in South Korean territory, in the border village of Panmunjom where in the 1953 was signed by the US and North Korea the armistice that ended hostilities (which is not never followed a formal peace treaty), reference is made to the common will to realize the complete pacification of the peninsula and its denuclearization. "The two leaders solemnly declared in front of 80 millions of people of our nation and the whole world that there will be no more war on the Korean peninsula and that a new era of peace has begun", it is read.

The document also mentions the "support" of the other two main regional players, referring to successive rounds of trilateral talks with the USA (these days the long-awaited meeting with Trump was announced) and four-sided with the US and China, in order to "declare the end of the war and establish a permanent and solid peace regime". 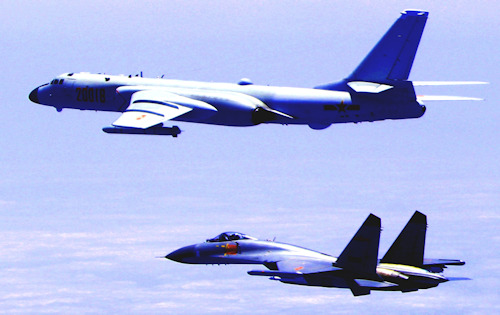 Apart from the undoubted political result of the summit, to be verified, however, the meeting seems to seal the end of a long historical cycle in which the US has represented the undisputed director of the balance of this part of the globe. Today the Americans appear to be downsized, if not in the undoubted and at the moment still unequaled military power, in their authority, to the full advantage of a rising China - the true architect of the meeting - which presents itself as the undisputed power (still for a while). ) regional.

Net of the role of sponsor and facilitator played by Beijing, the meeting between the leaders of Pyongyang and Seoul is the result of the determination of the South Korean prime minister, politically strong at home to be at the beginning of his term, obtained a year ago on a project of pacification and peninsular reunification (he himself is the son of two North Korean refugees). The tenacity of Moon is matched by his ability to keep Washington in the game, but in fact it has been cleverly unmarked, in stark contrast to Trump's bombastic declarations and sterile demonstrations of strength.

Beijing, on the other hand, is the real deus ex machina of the entire operation. It is from Xi Jinping that Kim went a few weeks ago to define in detail the terms of the proposals to be put on the table, but also to offer the important ally the sign of an old respect, of the recognition of the rank that it deserves, in truth a little neglected in the past months.

China emerges from the historic meeting as the only geopolitical actor in the area able to make the difference. On the other hand, Beijing is very interested in regional peace without which it will be difficult to realize the "rebirth" of the nation, which passes through the development of its economy and its network of businesses. The People's Republic has proved capable of exercising its role to the end, without drum rollers, in a silent and coherent manner with the millennial Confucian civilization and with the soft power of its growing economic weight, from which Pyongyang can not ignore. 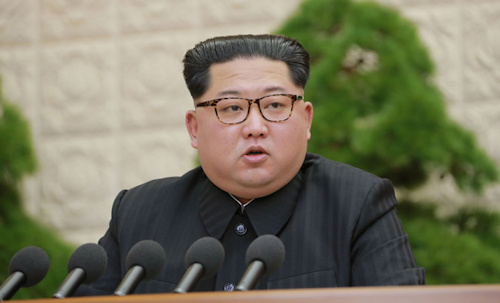 Kim also comes out winner from this round of meetings. First of all, it obtained the rank of nuclear power, overcoming the policies of at least four US presidents who had strenuously opposed them over the years.

For the North Korean leader, the nuclear weapon represents a survival policy to the full advantage of his and his family's personal power, as well as to prevent any "kinetic" interventions by the USA in the Grenada style (1993). Kim has clearly understood the end that the regimes that have renounced such deterrence have done, and for this he pursued with clear determination the full achievement of nuclear power, at which he immediately activated all the channels to carry out the historic meeting.

The young dictator, in spite of those who gave him crazy, can now focus on the development of the state's economy kneeling for international sanctions, pushing to include Pyongyang in the economic-commercial platform called One Belt One Road (v.articolo), from which it risks to be cut off if Beijing decides to favor, in the exchanges with the third Asian economy of Seoul, the maritime route to the terrestrial one.

The question of denuclearization remains, hinted - though not in detail - in the final declarations, which they have "confirmed the common goal of achieving a nuclear free nuclear peninsula through complete denuclearization".

Future talks will help clarify the understanding of the young leader. 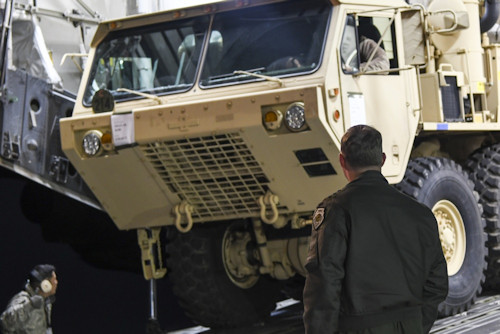 Far from pronouncing a renunciation of nuclear power right now that it has achieved the long-awaited status, Kim could limit itself to sanctioning the end of the development program, in terms of research and experimentation (to this, mention the declared dismantling of the Punggye-ri nuclear power plant ), in exchange for joint US initiatives in South Korea and Japan, such as the dismantling in both countries of the anti-missile system THAAD (Terminal High Altitude Area Defense anti-ballistic), considered by Beijing (and Moscow) a threat , because able to "observe" deep portions of territory (v.articolo).

On the other hand, it could immediately be said to favor a generalized "de-escalation", to be achieved by the adoption, among all the parties present in the area, including Japan, of joint de-conflict mechanisms.

In the absence of significant offers from the US (in terms of nuclear deterrence in the area), it is difficult, however, to allow anything more.

The road to a definitive denuclearization of the area still appears impervious and long, and the enthusiasm of these days risks being premature.

(photo: KCNA / Ministry of National Defense of the People's Republic of China / US Forces Korea - video: Presidency Republic of Korea)

Turkey is increasingly determined to impose its role as a bridge state between Europe and the Middle East. In the region is ...
1785
Read

After the rapid victories of the Tripoline forces against Haftar's troops in Tripolitania the attention of opinion ...
4106
Read

We followed, like many others, the latest US events and their vast echo in the world, and we preferred ...
1948
Read