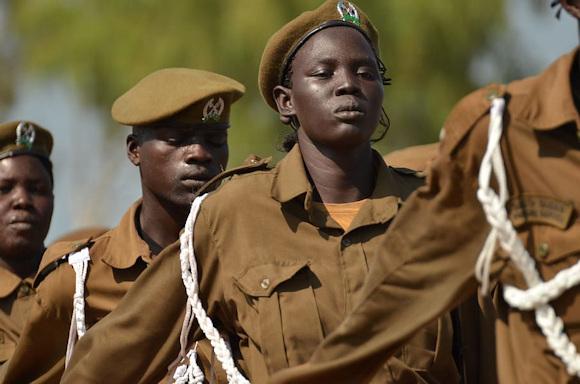 Sudan lends itself to narrative techniques which, as in a film, starting with what are imagined to be the last frames in color, bring everything back to a slow motion sepia color; an observer, who left around 60 and landed first in Khartoum and then in Juba, in August of this very unfortunate year, would surely be disoriented by the observation that there is no longer a single Sudan, and that the crowd around him is celebrating the end of a further conflict that lasted 17 years.

There are two main threads in our history: the first is the blood of winners and losers; the second is a trendy term: transition.

Sudanese history, since the mid-800th century, embodies typical regional aspects; after the opening of the Suez Canal, Europe turns its attention to the area, which is already the object of the Egyptian occupation; General Gordon, sent by Great Britain, will be condemned in 1885 by a wandering policy that will hand him over to the jihadist revolt of Muhammad Ahmad, who, however, the self-proclamation to Mahdi1 he will not save from inglorious death due to illness 6 months after the capture of Khartoum, and nevertheless having had time to give an anticipation of Islamic state.

With Gordon dead and regained control of Sudan, London allowed the country to develop differently depending on the area: the North, economically advanced, oriented towards Egypt and dominated by an Arab-Islamic oligarchy; the South, theater of Christian missionary work, bound by traditions.

Contemporaneity: the Republic, having refused the Commonwealth, joins the Arab League with continuous and violent uprisings in the southern regions, eager for greater autonomy. Since 1958, the pace of Sudanese politics has been marked by the alternation of military regimes and weak attempts democratizing, during which attempts are made to reach a solution for the southern question, thanks to the granting of special autonomies; in the background, the constant economic crisis and the dangling in international relations, with sudden distances and approaches to the hegemons who created the Cold War, and to their affiliates. 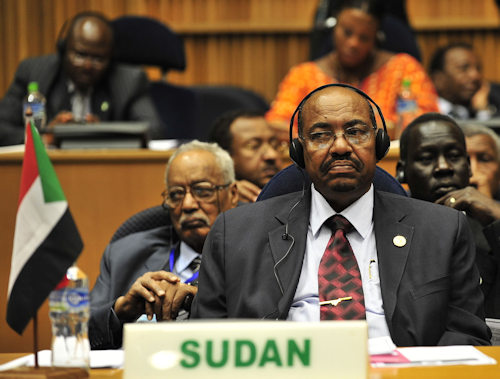 In 1989 yet another change of course, determined by the coup d'etat of General al-Bashīr (photo - 2009), close to the National Islamic Front and its leader at-Turabi. Sudan becomes the world Islamist point of reference; the government extends the Sharia, cancels the agreements made with the southern regions, turns its back on Egypt, supports Iraq in the first Gulf War of 1991, welcomes Osama bin Laden: Sudan is isolated.

Between '95 and '99 yet another twists and turns of a schizophrenic policy: first the Ayatollahs alliance with Iran, then the removal of at-Thurabi, and finally the rapprochement with Egypt and the USA, engaged in the fight against terrorism; the backlash in domestic politics is almost inevitable, with the signing of agreements with which the government guarantees an unlikely six-year autonomy in the South, anticipating a referendum for self-determination.

In 2003 Darfur was the scene of a war between pro-government Arab militias and Muslim populations which caused at least 300.000 deaths and over 2 million refugees. Two new actors intervene: the UN, which establishes the dispatch of a peace mission, and the International Criminal Court in The Hague, which issues an arrest warrant against Bashir for war crimes related to the counter-insurgency strategy implemented with the mobilization of Arab militias Janjaweed2.

The war between the central government and the Sudan People's Liberation Army, the armed arm of the Sudan People's Liberation Movement, fought from 1983 until the beginning of the new century, has effectively nationalized the reasons for the conflict, setting aside the secessionist claims that flared up again in 2005. coinciding with the death of John Garang, leader of the SPLM. If on the one hand the institutional dispute found a solution in 2011 with the division into two state entities, the persistent tensions continued to destabilize the south, also in consideration of the effects caused by the Arab springs on the MENA; while in Darfur the new rebellion linked to ethnic factors, limited development and competition for access to natural resources was already raging, since 2011 the government has tried to disarm the militias in Kordofan and in the Blue Nile region. While in the same year a referendum sanctions the self-determination of South Sudan, al Bashir, in power for over 25 years, is reconfirmed president of the North with a Bulgarian plebiscite.

The reality, on which the loss of the oil areas of the south weighs and which imposes a rigorous financial policy, presents its account: a military junta, in 2019, dismisses Bashir, and is committed to the creation of a civil and military council of transition which will have the task of leading the country towards a new future. The economist Abdalla Hamdok, a semi-new face of Sudanese and African politics, rises to the post of prime minister of a government of transition and, in August 2020, he reaches an agreement, signed in Giuba3 with the Revolutionary Front of Sudan, and mediated by the President of South Sudan, Salva Kiir. 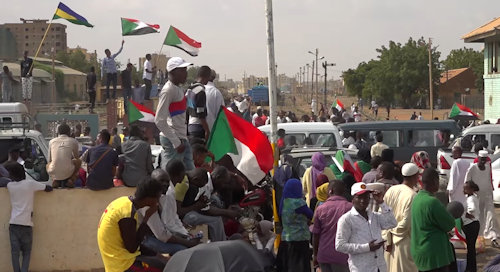 Il Comprehensive peace Agreement, based on the principle of power sharing and not shared by all the political subjects involved, it guarantees the granting of a wide administrative and management autonomy of 40% of the wealth produced in the provinces of Darfur, Kordofan and Blue Nile; dictates the regulation of tribal landholdings; provides for the integration of rebel forces into the regular army and reform of institutional governance; establishes the establishment of a national commission for religious freedom which ensures the protection of the rights of the Christian communities of the south, together with a revision of the Islamic legal basis in the face of a specific request for the exaltation of the principle of secularism. The agreement, becoming the possible keystone to allow the government to transition to ensure indispensable internal political stability, also in the light of the evolution of international relations, for the moment puts an end to a conflict that lasted 17 years, but without being able to give a definitive blow to the profound basic problems given that, among 'other, was preceded by two pacts, one signed in Nigeria in 2006 and another signed in Qatar in 2010, which were regularly disregarded.

The fault that still divides the Muslim north from the largely Christian south is generated by several factors: in the north, the Arab-Muslim elite has always exercised both political and economic power, fueling institutional Islamization projects that have led to opposition of the southern communities, more backward, and systematically repressed by Khartoum. But the dynamics of the area are still developing, and Sudan has to deal with situations destined fatally to condition the general picture. The Horn of Africa continues to be an unstable region and where conflicts arise also due to the activism of various Middle Eastern countries, such as the UAE and Saudi Arabia, which have made Sudan post al-Bashir the pivot of geopolitical penetration , influenced by relations with Egypt and Ethiopia, involved in the events of the GERD Dam4, a work for which it seems impossible to reach an agreement on the exploitation of water resources, which presents itself as rich in very heavy strategic consequences.

Given the Ethiopian intransigence, the negotiations, which took place in the presence of the USA and supported by the technical consultancy of the World Bank, resulted in a dangerous stalemate that sees Cairo struggling with the risk of severe water shortages, and Khartoum, tempted by favorable economic proposals of Addis Ababa in terms of electricity supplies, but aware of the need to maintain good relations with a powerful neighbor and with whom relations have not always been easy.

Even Israel, the destination of many Sudanese looking for work, can find interest in Khartoum; following the principle of three concentric circles strategy, which geographically defines the area within which to try to normalize relations with Arab countries in the past qualified as hostile, the contacts that took place one year after the coup that deposed Bashir should be evaluated, and which would make it possible to reach an initial understanding about the use of Sudanese airspace by Israeli civilian airlines, in order to then be able to hypothesize, with all due caution also given the conflicting positions of several Sudanese leaders, the realization of a peace agreement by 2021, aimed at reviewing what proposed 53 years ago by Sudan, about the lack of recognition of Tel Aviv.

The Sudanese line is clear, and consists in seeking the Israeli side to facilitate the removal of the country from the American list of states that support terrorism; Approaching Israel, however, can lead to inconveniences both for the FA, once the foundation of the anti-Jewish position, and for the new government, which could be perceived as not so syntonic with FA often seen as free to take uncoordinated initiatives.

The maintenance of Sudan in the list of states scoundrel, makes the country technically ineligible to cancel both the debt and a possible financing by the IMF; moreover, opening up to Israel would lead Cairo to fear an expansion of the Jewish sphere of influence, and would lead to having to consider the USA as recipients of the compensation provided for the victims of the attack on the USS Cole of 2000; however, it is a realpolitik which, even a government of transition it will necessarily have to succumb, on pain of its own survival.

Economic difficulties, very rapid evolutions of international relations, lead to frame the peace agreement of last August as the piece of a much wider mosaic, in which it is not certain that the politics of transition allows to reach, at least in a short time, an effective conclusion.

2 Devils on horseback; however they prefer to be called mujahidin

As was widely expected, during the Summit of NATO Heads of State and Government in Madrid, Finland and Sweden ...
2522
Read