State Building and Army Building: notes on the failure of Western politics in Afghanistan 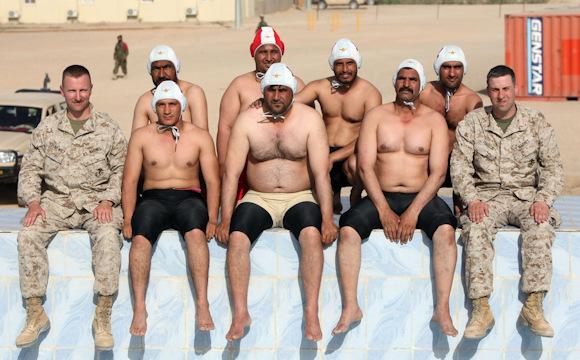 The twenty-year war in Afghanistan that ended with the reconquest of the country by the Taliban was the political failure of the Euro-American West. On this, a few days after the entrance of the "Koranic students" in Kabul and while the tragedy of those who try to escape from Islamist violence is consummated in the airport of the capital, there are very few doubts. The harsh criticism to which US President Joe Biden is subjected about his Afghan policy, as well as the pale admissions of the two Italian ministers Guerini and Di Maio (to give an example closer to Italian public opinion) about the difficulties encountered during the he last phase of the conflict, substantially confirm the wrong strategic approach adopted by the Coalition for the reconstruction of the institutional fabric and, consequently, of the Afghan armed forces.

The work of "state building" in Afghanistan was entirely based on the utopian and harmful ideal linked to the concept of "exporting democracy" of a neoconservative brand, revealing itself as an attempt to copy and paste Western liberal democracy in a territory in which - for how advanced and modern it may have been before the 1996 Taliban victory - democracy had never taken root.

The one included under the name of Afghanistan is a complex land with tribes fighting each other, divided by radical ethnic differences, in which the religious conflict is particularly strong and where, as already explained (v.articolo), power is exercised in confined spaces and with the logic of isolationism. It goes without saying that, animated by "positivist" ideological fury, Westerners wanted to build an Afghan state in the image and likeness of the needs perceived by the population and not the real ones, that is, a state without the basic popular consent necessary to support the entire political-institutional framework of a country still at war.

At the test of facts, that is, at the time of the effective withdrawal of the Coalition forces, the Islamic Republic of Afghanistan (whose problems had arisen in nuce already in 2002-2004 with the Afghan Transition Authority) melted like snow in the sun and the Taliban Emirate reconstituted - only de facto and not yet de jure - in just over twenty days.

To the "state building" Westerners have added a failed "army building", that is the construction, practically from scratch, of regular armed forces in Afghanistan that would answer to the government of Kabul and that, once the Coalition had abandoned the ground, had fought independently against the Taliban. Once again it was decided to pursue perceptions and not the reality of the facts: the Afghans have defeated the British, the Soviets and now the Americans and their allies since the 800s, fighting a guerrilla war without discounts. The Afghans are certainly a warrior people but, above all, a "guerrilla" and difficult to classify in regiments, brigades, divisions and corps like Western soldiers.

The same ethnic subdivision of the Armed Forces caused considerable problems when the Afghan National Army had to withstand the final clashes with the Taliban, so much so that entire battalions - and even the two army corps of Kandahar and Mazar-i -Sharif - made up of Pashtun soldiers (the same as the Taliban) and led by officers of the same ethnicity either surrendered without a fight or passed arms and baggage to the enemy. The "ethnic problem" that arose within the organizational mechanism of the State has re-proposed, with all the gravity of the case, in the Armed Forces.

As the Pakistani journalist Ahmed Rashid wrote in the first pages of his essay "Taliban: Islam, Oil and the Great Clash in Central Asia" (Feltrinelli, 2001, ed. Or. 2000), the Pashtuns had dominated Afghanistan for three hundred years , but then they had been supplanted by other minority ethnic groups. The Taliban's victories had revived hope that the Pashtuns would regain dominance of the country. The Taliban, coming from the Pashtun majority ethnic group (which makes up about forty percent of Afghanistan's 1992 million inhabitants), had also galvanized the nationalism of their ethnic group. A work that began in the conflict against the Red Army and therefore well before the 1996-2001 civil war, then continued beyond XNUMX and which today has borne fruit in the field.

From the point of view of the chain of command, of the management of the combat, of the logistical services, the Afghan army had not reached the efficiency necessary to carry out autonomous operations against the Taliban, encountering increasing difficulties even in the simple control of the territory. In 2013, Afghan soldiers were unable to independently complete more mundane tasks such as logistics, ensure soldiers get their salaries, procure food, award fuel contracts and more (D. Wasserbly, Pentagon: ANSF will still require 'substantial' help after 2014, in "Jane's Defense Weekly", 30 July 2013) and in 2020-2021, the decisive two-year period in which the retreat hypothesis took shape in Washington DC, the situation had not changed at all, on the contrary, with the increase in personnel and of the tasks assigned to the ANA, has even worsened.

However, it is worth highlighting the highly positive results achieved by Western trainers in improving the individual military knowledge of Afghan soldiers; positive results that then have a dangerous downside: the acquired knowledge was literally transferred to the Taliban as well as part of the Coalition's armament and equipment, whose destruction remains an issue on the agenda for military personnel and the political leaders who are dealing with the withdrawal and evacuation of Westerners from Afghanistan.

These are just some of the issues to reflect on and draw some conclusions about the failure of the Western Coalition's military policy in Afghanistan. Net of comments, opinions and daily news on the Western defeat and the Taliban victory, from these days it becomes opportune - and necessary - through the first technical-military and then political debate to "historicize" the twenty-year experience of the Afghan conflict so as not to repeat the mistakes that have led some of the most important and prepared armies in the world to join the sad list of the losers in the "tomb of empires".

As was widely expected, during the Summit of NATO Heads of State and Government in Madrid, Finland and Sweden ...
202
Read

The international situation is evolving rapidly and there is no country that does not have to adapt. In an area of ​​course ...
8083
Read

The visit of the Chinese foreign minister, Wang Yi, who in the second half of May touched several small states ...
1081
Read

The focus of geopolitical attention cannot be fixed; Ukrainian drama aside, Asia continues to stir up more than ...
8800
Read

The vote in the UN Assembly of the motion condemning Russia's aggression against Ukraine has ...
3165
Read

The Ukrainian conflict does not stop international relations, which are bound to each other by a globalization ...
2346
Read

The rise of China as a global economic and geopolitical superpower has heightened tensions and concerns about ...
3318
Read

Last May 23, with a grand ceremony attended by President Recep Tayyip Erdoğan as guest of honor ...
4549
Read

While a part of the world watches with concern the evolution of the situation in Ukraine, in other regions of ...
8038
Read