Smart City: China builds (and exports) the cities of the future 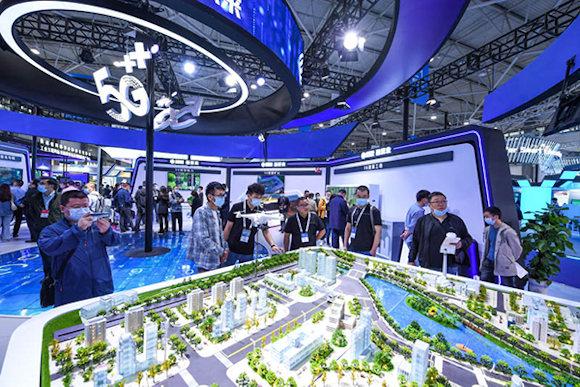 China has shown its willingness to ride the digital revolution in progress before many others, immediately placing itself in the leading group of nations that are developing and implementing it on a broad spectrum.

Not surprisingly, then, if among the applications in which Beijing has now become a recognized benchmark, there are also those 4.0, which allow the development of multiple urban functions, thereby making cities "intelligent" (smart city).

We refer, for example, to technologies for mobility, such as the "intelligent" automation of the traffic light network (destined to disappear) and self-driving cars, but also to those for optimizing energy networks, waste disposal and water treatment.

These include i Big Data (the black gold of our era, whose main producer is China) and the internet of things (IoT), consisting of an endless mass of sensors scattered almost everywhere with the task of acquiring information of various kinds (of movement, temperature, pressure, flow, etc.).

The collected data are then processed using the cloud computing, which consists of the distribution in cloud of computing and archiving services, adopting algorithms equipped with artificial intelligence.

Ultimately, such a process would not be possible without adequate infrastructure, such as mobile Internet networks 5G (fifth generation) able to support, for speed and capacity, huge volumes of data and high calculation speed.

In summary, the combined use of these technologies feeds a continuous cycle, which allows the smart city to rapidly implement commands and decision-making processes that guarantee its constant operation according to criteria of safety, economy and, last but not least, eco-sustainability. 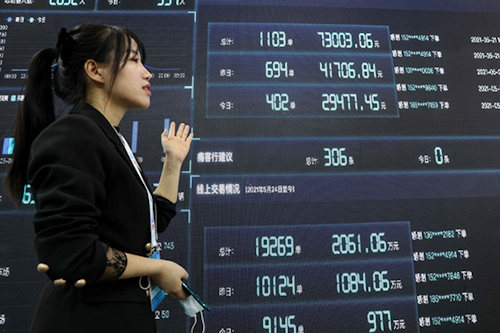 In this new frontier, as they said, China holds the world leadership.

His latest project is that of Xiong'an, a city created by the express will of Xi Jinping, with the aim of constituting, in the urban planning field, the archetype of "Socialist modernization of the new era".

The founding of cities and special economic zones by the CCP general secretaries in office is nothing new: Deng Xiaoping had already done so, with the creation of the Shenzhen Special Economic Zone, and Jiang Zemin with that of Shanghai Pudong. .

With Xiong'an, Xi intends to give the new China one "Model city in the history of human development", symbolizing the renewed ascent of the Dragon.

Located 100 km southwest of Beijing, the site will absorb all the functions currently performed in the capital not strictly related to its institutional role, thus alleviating, at least in part, the problems of pollution and overpopulation.

The project began in 2017 on an initial area of ​​100 square kilometers, and is destined to grow up to 2.000 square kilometers (more than double the city of New York), with a technological vocation capable of attracting research and development companies. and high-tech manufacturing.

Xiong'an is thus set to become the pivot of a new economic district, also including the cities of Beijing and Tianjin, with a total population of 112 million inhabitants, which flanks the two already existing: that of Pearl River in the south, consisting of Hong Kong, Macau, Shenzhen and Guangzhou (70 million), and the other focusing on Shanghai, also said delta of the Yellow River, where over 80 million people live. 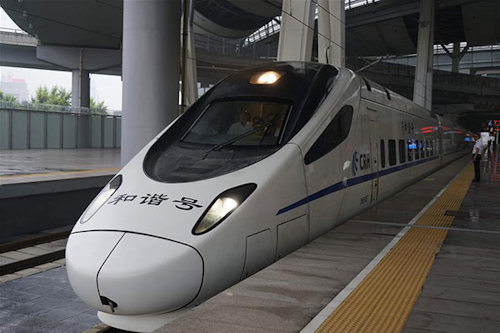 The new smart city aims to become the first technological center in the country, and first in the green economy, and will have intelligent and technologically advanced urban services becoming one of the key areas in all of China.

When completed, it should house no more than 3 million inhabitants, for an overall investment, which according to some will already exceed 580 billion dollars.

The construction of the city and the speed of progress of the works are a classic example of the Chinese way of proceeding, characterized by a strong decision-making centralization, dating back to the highest levels of the apparatus (sometimes directly to the standing committee of the Politburo), combined with an equally significant decentralization responsibilities connected with its implementation, entrusted to local authorities (city, province, county, party).

Thanks to this way of proceeding, in the last twenty years, when still no one in the West was talking about smart cities, China, making use of private and public industrial companies, has developed the most important technologies necessary for the creation of smart cities.

In this way, allowing numerous urban projects to become reality: from the first ones digital city (1998), which used geographic information (GIS), global positioning (GPS) and remote sensing (RS) systems; at information city (2006), characterized mainly by the first extensive use of Information Technology (IT).

To arrive then at smart city (2006), founded, as has been said, on the exploitation of big data, cloud computing and IoT, and, most recently, the new smart city (2015) which represent yet another leap in quality over previous achievements, both for the adoption of 5G networks, which allow greater interoperability and sharing in real time in the various levels of governance of the agglomerations, and for the IT security systems of the infrastructures and data center. 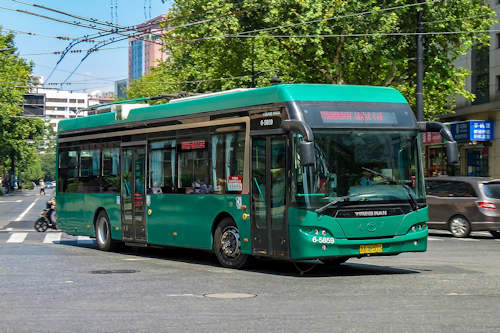 There are hundreds of urban projects that have already seen the light in all these years. Among these, four cities of particular interest stand out.

The city of Hangzhou, with a platform developed by Alibaba, thanks to artificial intelligence that manages over 1000 traffic lights, has managed to shorten the times of urban travel.

Since the system went live, the city has jumped from 5th to 57th place in the ranking of the most congested Chinese cities.

Then there is Shanghai, which since 2016 has activated a municipal platform capable of offering residents over one hundred government services, including driving licenses, medical records and local services.

Guangzhou, which in 2010 launched a regional health information platform to archive residents' electronic health records (more than 8 million to date) and to connect municipal hospitals and clinics. Its hospitals offer patient services with an AI-powered app, which allows them to book appointments, pay hospital bills, and arrange for home delivery of prescription drugs.

Finally, there is Shenzhen, where transport managers have implemented artificial intelligence and Big Data technologies to improve road safety, with a surveillance network capable of identifying images of offenders with 95% accuracy.

The Chinese company Terminus, in collaboration with the Danish company BIG, is also working on a joint smart city project, which will be ready by 2023, to be built in the southwestern Chinese city of Chongqing. 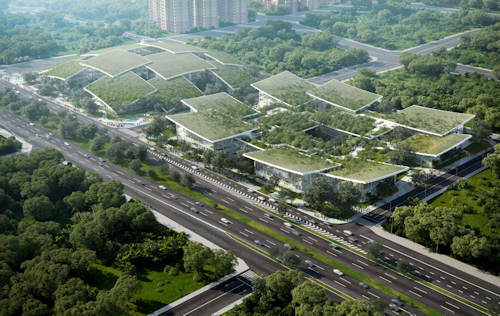 The project Cloud Valley provides for a city as large as 200 football fields, where technology will make it possible to live in a reality capable of anticipating the needs of each individual inhabitant, thanks to the use of sensors and devices connected via Wireless, aimed at collecting data of various kinds, including the individual habits of each inhabitant.

The program for the realization of smart cities was announced by Xi Jinping for the first time in 2015, during a national conference dedicated to urbanization.

For Beijing, the construction of smart cities represents an authentic "national strategy", functional to the economic and urban transformation of the country.

As of June 2016, more than 500 municipalities had already initiated (or announced) smart city pilot projects, rising to 800 just three years later - half the number of smart cities active or under construction worldwide.

The government has supported this gigantic effort by subsidizing, to date, projects with $ 140 billion, which is a sum consistent with an internal market that will have reached $ 2,5 trillion by the end of this year.

The Chinese vision is fully in line with the planet's progressive urbanization process, which by 2050 will bring 5 billion and 300 million people, over 70% of the population, to permanently reside in cities.

China, with projects in more than 100 countries, is today the world's leading exporter of smart cities.

Mario Draghi spoke of Turkey as Italy's main trading partner in the region that includes the Middle ...
142
Read

The Mediterranean once again lends itself to being the ideal backdrop for those wishing to shift attention from Ukraine; ...
1326
Read

The international situation is evolving rapidly and there is no country that does not have to adapt. In an area of ​​course ...
8409
Read