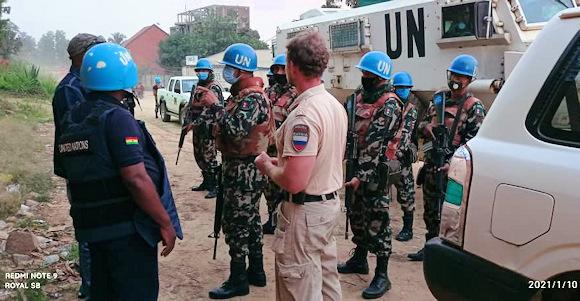 The tragic events that took place in the Democratic Republic of Congo are now well known: the murder of Ambassador Attanasio and Carabiniere Iacovacci are everywhere on the front pages of the newspapers.

The questions are many, and over time they will continue to be: who qualified the route as safe, who managed the organization of the move, who thought they could carry out this type of activity that could not be considered risk-free, given that the Embassy was still trying to supply armored vehicles which it does not yet have, which were the motives and instigators of the attack.

The attack on the WFP convoy, on which Attanasio and Iacovacci were traveling, took place north of Goma, capital of the eastern province of North Kivu, a province plagued by endemic violence.

A first element emphasized is that there are no particular notions of this quadrant and its vicissitudes. And this, for a country that aspires to be among the first in the world in terms of its political dimension, is a fault. Unforgivable.

The DRC is not new to this menage: between 1994 and 2003 it was the scene of a conflict which, due to its scope, participation - 9 countries - and brutality, was renamed as First African World War, and which has caused about 5 million victims. 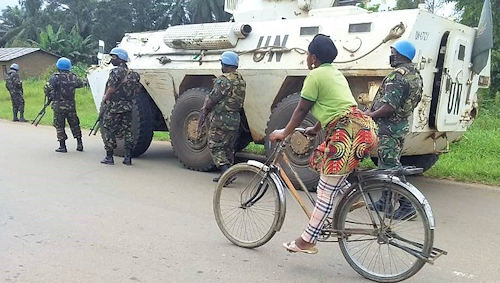 However, the formal official status conferred at the end of the conflict did not put an end to the massacres and rape of war in the Kivu, so much so that militias and rebel groups continue to rage in the east despite the presence of one of the most consistent missions in the area. peacekeeping UN1.

The region, located on the border with Uganda and Rwanda, also offers space for clashes between insurgents and the Congolese armed forces, for one of the most banal and bloody reasons of friction: the possession of precious resources. The subsoil of Kivu is in fact rich in gold, cobalt, nickel, diamonds and, above all, coltan, which is essential for the production of smartphones and cell phones; it is in Kivu, in fact, that 80% of the global production of columbite tantalite is concentrated. In addition, new oil fields have been discovered in the protected area of ​​the Virunga National Park, so much so that the border area between Uganda and Rwanda is considered one of the main accumulations of mineral resources on the planet.

The precarious security balances of North Kivu contribute to contextualize the situation, with Monusco, 15.000 strong with 724 observers from 49 different nations, but inane in the face of the activism of armed groups, and with the absence of effective involvement of the main political actors of the Great Lakes Region, a factor that prevents any type of stabilization. Added to this is the situation of the more than 5 million displaced people, a number sadly surpassed only by Syria, and by the cross-border character of an area where any intervention could break the delicate balance achieved with neighboring countries. 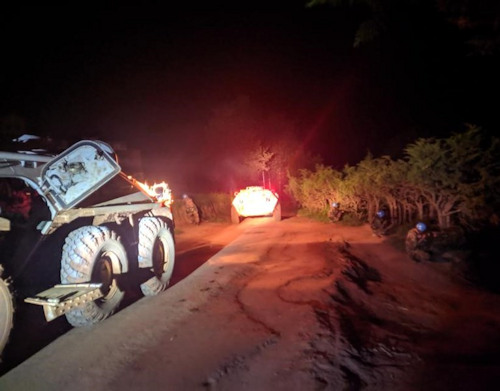 These years, which should have constituted the sixtieth milestone since the conquest of the independence of many countries in the area, have opened on a new scenario, upset by the pandemic, and which should lead to considering what has been done, and what is left. unfinished in economic, political, social terms.

The fundamental elements are different; first of all, the sub-Saharan region has not achieved the desired objectives, often failing to maintain an advance that puts political, time and resources in sync, and maintaining a backward homogeneity in the area and economically dependent on abroad, which has seen ephemeral initial and marked successive regressions, except, but not brilliantly, for the years between 1995 and 2014. The Great Lakes, therefore, are a fundamental region of theMiddle Africa, where continental and international geopolitical projects intersect, with the onset of the dispute for raw materials increasingly within reach of the Dragon.

The red line runs from the DRC which marks the balance that from the area of ​​the Great Lakes stretches from the Horn of Africa to the Indian Ocean, up to the Atlantic; a point of connection in the fight against terrorism between Somalia, Eritrea, Ethiopia through Sudan, and with the strategic oil reserves of the Gulf of Benin and the Gulf of Guinea.

Dominating the Congo means controlling the Cabinda, Equatorial Guinea and Congo-Brazzaville fields. Frantz Fanon2, imagining Africa as a gun, he was certain that the trigger was in the Congo: a vision confirmed by the events concerning the shining rise and the tragic, very rapid decline of Lumumba, betrayed by his friend Mobutu, by the secession of the rich Katanga supported by 'Belgian Mines Union; from the failure of the UN mission which led to the death of the then Secretary General Dag Hammarskjöld; from the Kindu massacre; from the settlement of Mobutu as a guarantor of Western interests by the Americans and Belgians. 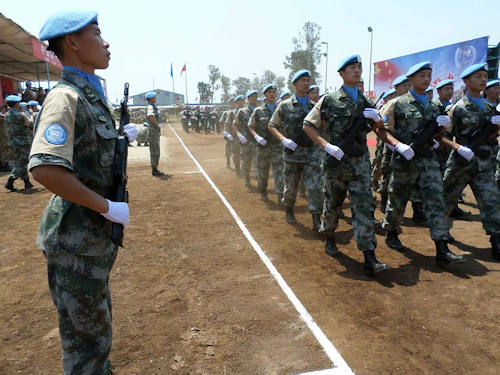 Of Patrice Lumumba remains the thought of a champion of African independence, of Mobutu a bloody dictatorship that allows the access of Rwandan refugees and the seizure of power of Laurent Kabila; he is succeeded by his son Joseph, who postpones the elections, co-opts the opposition, and enjoys the support of France and Belgium, from time to time intelligently compared, of the USA, thanks also to Trump's policy which does not tighten controls on so-called bloody minerals, and China, which leaves a free hand to its businesses.

The balances imposed by the post-Cold War have meant that the African Great Lakes constituted a meeting point for the various continental issues; a friction accelerated by the Rwandan genocide, which obscures Mandela's anti-apartheid work, and the consequent African War of 98, a rationally inexplicable confrontation in the light of the potential, importance and wealth of a country that is decisive for the extraction of uranium , a country that should have been a geopolitical recomposition point to be preserved in the interest of many, powerful and interested international actors. At different times, the Heart of Darkness by Joseph Conrad leads the rude Kurtz, after he has seen what happens in the rainforest of Congo, to murmur "the horror! The horror!".

The land of the Congo is perhaps still steeped in the blood shed by Leopold II of Belgium, who managed to take possession of a territory almost 80 times larger than his kingdom, thanks to a skilful and fraudulent philanthropic campaign aimed at winning control of Congolese wealth , primarily those deriving from the collection of rubber. A regime founded on terror, of which Leopoldo II tried to erase memory by destroying his own archives.

Geographically, Congo is immense, as large as Western Europe, but still little and badly connected, where the radio is the master of the media; there are strong differences between east, west and center, including social and linguistic ones; to the east the Hutu - Tutsi question remains unresolved, a continuous generator of violence. In fact, a country in which a sovereignty vacuum is certified. 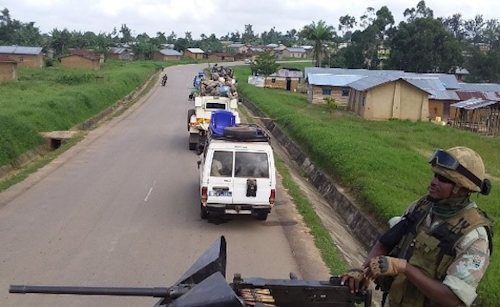 State legitimacy is undermined from within, and attacked from without, as some regions push for de facto secession. There are many fighting organizations: the Democratic Forces for the Liberation of Rwanda (FdlR), an ethnic Hutu movement with limited financial resources; the Allied Democratic Forces, which after a few years of crisis following the arrest of the leader Mukulu, today proclaim themselves Islamists, but whose adherence to the Koranic precepts is rather doubtful, and which are used by Kinshasa to obtain aid for the fight against Jihad; the self-defense militias called Mai-Mai, active for the exploitation of Congolese resources. The interests of the Lebanese Hezbollah also find space in this context, thanks to a network of alliances supported by Iran, in particular during the Ahmadi-Nejad management.

All these organizations, while trying to seize fields and forests, finance themselves with the kidnappings of both local and foreign elders, and do not tolerate the presence of UN blue helmets, witnesses of the smuggling of the riches of the Kivu, also plagued by Ebola. with neighboring countries; Rwanda appears to be at the top in the production of coltan even if officially it has no mines; It should be noted that in the Rwandan capital Kigali the headquarters of several, mainly Belgian and American, are based.

It can certainly be said that in the DRC there is a nascent geo-economy linked to infrastructural investments, taking into account that the projects have a geopolitical function, without counting the nascent interests of ENI, the backbone of Italian foreign policy, which is already from Brazzaville looking at the new leadership of the DRC.

Italy may also appear as an actor of relative minor caliber, but it is to be considered a participant in the DRC affair: a magnificent cake to share, quoting the words Leopoldo II.

2 French psychiatrist, anthropologist, philosopher and essayist, native of Martinique and representative of the Third World movement for decolonization

The international situation is evolving rapidly and there is no country that does not have to adapt. In an area of ​​course ...
7281
Read

The vote in the UN Assembly of the motion condemning Russia's aggression against Ukraine has ...
3127
Read

The rise of China as a global economic and geopolitical superpower has heightened tensions and concerns about ...
3285
Read