Home geopolitics Analysis When economy and politics of Power divas ...

When Potenza's economy and politics diverge: the US-Iran deal 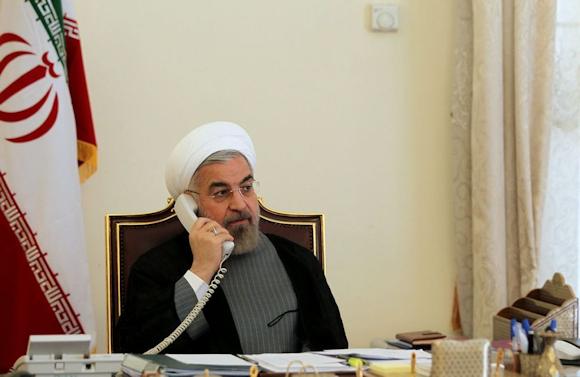 The US Administration has announced the suspension of its participation by the Joint Comprehensive Plan of Action (JCPOA), ie the 2015 agreement aimed at the gradual change of the Iranian nuclear program. The American decision, beyond the "hot" assessments, invests different geopolitical aspects that should be examined, in light of the possible descending consequences, none of slight entity.

Despite US policy has now directed resources and attention to other geopolitical sectors, on the Pacific side thanks to the Oman pivot to Asia, and again towards the North Atlantic with the reconstitution of the 2 ^ Flotta, the Middle Eastern events continue to assume a value that, upsetting the regional equilibrium, transcends them and leads them to a global dimension. The dealFirst of all, it can not be considered invalid only because of the American renunciation, given the participation of other players, all of considerable caliber: China, Russia, Germany, France, the United Kingdom plus the EU, on which it will be worthwhile to pay some consideration about its effective and cogent political relevance.

Since it will be inevitable to touch on financial issues, let us now imagine that, by way of example, in one hypothetical company, one of the shareholders opts to liquidate his participation; if it is true that his departure could be compensated by the purchase of shares by the remaining members so as to leave the capital unchanged, it is equally true that the leaver should not affect externally (and more or less directly) on the activities of his previous association, unless he intends to make it finally fail. The American decision places in particular the former European members in a very delicate situation, or as guarantors of a deal which, despite the best intentions, remains bound to economic dynamics, however, influenced by the US. 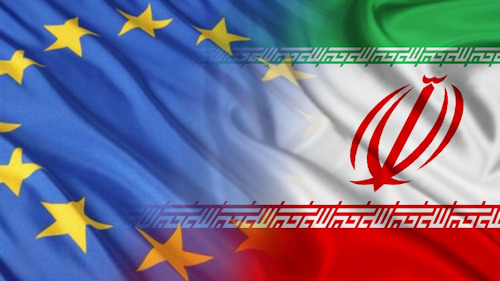 That Europe for Iran is a very important business partner is clear, that it can remain is in doubt, despite the commercial exchange is more than positive. The two factors that are highlighted specifically concern first of all the American will, which does not consider in fact the financial impact of its determinations on the western economies limiting itself to an operation of strong containment of the regional hegemony of the Islamic Republic, and secondly the pursuit of the interests of individuals competitors Europeans who, well before the European Commissioner for Foreign Policy, met their counterparts in order to reach an agreement.

From a "realist" point of view, there is nothing to note yet another debacle EU following a slow action, devoid of soul, come to games ended.

From a US point of view, net of surveys currently not fully verifiable, it is possible trust of a political subject that, in its particular particularity, already created so many difficulties from the 1979? Iran is experiencing a very delicate political-economic phase; strongly touched by the street protests of no more than a few months ago, it is governed by a theocratic apparatus that must reckon, as in most of North Africa and the MO, with a social and generational reality in evolution and difficult to contain .

The pragmatist Rohuani, unlike his predecessor Ahmadinejad and the supreme guide Khamenei, having perceived the internal discontent, has therefore focused everything on an external opening which, however, to be successful, can not be separated from the absence of sanctions and the possibility to have a less cumbersome credit system and above all free access to markets and framework agreements. An existing JCPOA can support an internal policy free from demagogy and above all from budgetary constraints that continue to see a prevalence of the financial claims advanced by the more retrospective religious component, and last but not the least, from the economic and military and political power created by the Pasdaran, more and more dangerously parallel to the State and in fact its competitors; an agreement that, conversely, raises doubts only rekindles populisms and demagogic positions that have no other effect than to weaken a progressive front increasingly in debt of credibility and above all valued as a loser and submissive in the face of an antagonist who, now more that never, and despite what was said at the beginning about the actual involvement in the region, still makes his (albeit indirectly) Saudi and Israeli fears. 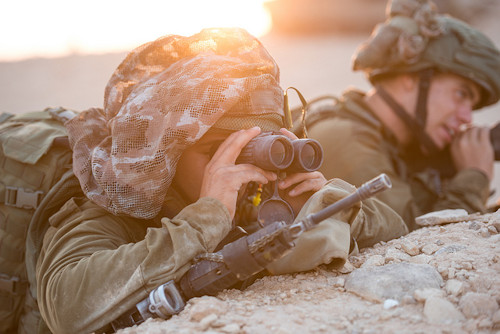 The solution, even if it is still punishable, remains undoubtedly and only political, precisely in order to contain the projective aspects of Iranian power in an exclusively regional sphere. There is no doubt that the Islamic Republic pursues its own strategy which, by removing from its territory any possible danger, fuels instabilities in Lebanon, with the support given to Hezbollah, and in Syria, where the military support offered to Assad is in fact approaching at the Israeli borders bases and means of ballistic scope considered intolerable from Jerusalem.

Then we return to Europe: can the old continent provide the seal guarantees so urgently requested by Rohuani? One can be hypothesized moral suasion that, starting from financial support, even only in euros and no longer in dollars, useful for an effective Iranian start-up, can then be translated into negotiations to contain the Persian power policy in the region? It is difficult to hypothesize it: Europe is dramatically lacking in terms of real political weight, and the real guidelines are set and discussed by the individual chancelleries which, As usual, sovereignly care for national interests; the EU, which is predominantly inclined to an exclusive economic and scarcely political evaluation, where it has been put on hold, could direct its efforts to the preservation of the North Atlantic market, certainly more profitable than the Iranian one.

But what then could the political consequences be? Recrudescence of the most demagogic aspects of the current disputes and a new spiral of instability that, starting from Iran, would inevitably involve a good part of the MO, including the Persian Gulf. The Ayatollah Khamenei, de facto discouraging Rohuani, has in fact already carried forward in these hours what was and remains the thought of the most conservative wings: impossible to trust the West, even if European, which, instead, unifiedly, should try to open urgently new and even more valid tables of dialogue and bargaining in the collective interest.

Given the consistency and nature of the forces in the field now in Syria, a land crossroads of innumerable destinies, it is not possible to rule out a rapid escalation of events, given also the Israeli strikes on Aleppo. It should however be emphasized that last 3 May in Rome (finally also a little bit of Italy), a meeting was held which, given the high level of the composition of both European and Iranian delegations, leaves hope that we can still find a point of meeting and balancing between existing financial asperities and possible new US sanctions.

In conclusion, a technical-political question, albeit delicate but controllable, also given the innumerable restrictions placed on the Iranians, is running the risk of becoming a very risky controversy which, starting from considerations of a merely economic and regional hegemonic order, can lead to new and violent blazes far beyond the Mediterranean shores.

Venezuela would be experiencing a dramatic new "revolutionary" phase, as a potential alliance between the FARC ...
77
Read

Many people wonder what the big countries and big organizations have concluded in Berlin ...
645
Read

The Berlin conference, called to settle the Libyan question, presented itself with a program, unbalanced to ...
14157
Read

On what happened on the night of January 3 as for the record there is little to add. What matters is the ...
1480
Read

The foreign policy of any country is, or should be influenced by history, culture and psychological aspects ...
3772
Read

Do you remember when in October in an article (v.link) we talked about the "intelligent design" that the major powers ...
3264
Read

A few hours ago the council of dignitaries and wise men of the Turcophone enclave of Misurata rejected the visit of the ...
6188
Read

The Sahel occupies an immense strip of territory, a transition area between desert, savannah, equatorial forests and ...
2218
Read

When the Egyptian rackets will stick to the Turkish (tennis) balls, Ankara and Cairo (as well as Washington and ...
8754
Read

The Palazzo della Civiltà Italiana was soaring towards the sky celebrating heroes, poets, saints and navigators, but without ...
2089
Read