Home geopolitics Analysis Putin and "The historical unity of russ ... 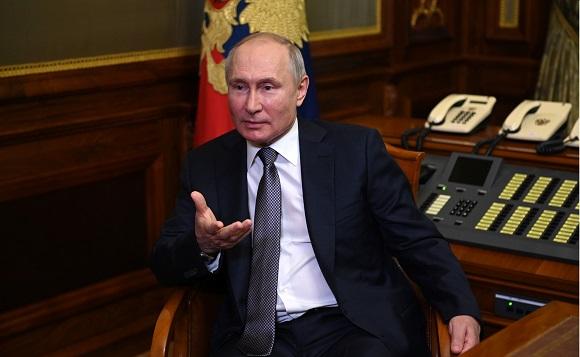 These words are uttered by Vitaly Shulgin in the editorial of the first issue of Kievlianin, an ultra-conservative, all-Russian and nationalist newspaper from the second half of the nineteenth century. These words allow us to get closer to one of the decisive factors for understanding the Russian perception of one's world, when it is addressed to Ukraine. Words all the more important because evidently part of the cultural background that appeared in a article of 12 July this year on the official website of the Kremlin, entitled On the historical unity of Russians and Ukrainians. The author is none other than Vladimir Putin (or his ghostwriter), President of the Russian Federation.

The piece is extremely interesting, but obviously in geopolitics we must not make the mistake of believing that it is a scientific article, as if Putin wants to let us know something, to inform us. Instead, like any question of power, it is a "geopolitical" text, that is pedagogical (and propaganda), it does not tell us what the author knows, or what the Russian people know, but what they believe and must believe, it is pedagogy, strategic thinking , is geopolitical thinking of history. It is a perception of one's own power (and helplessness), therefore anything but academic.

In reading therefore the evocation of the historical dynamics outlined there by Putin, which led to the differentiation of Russians and Ukrainians, one must grasp not what is true (or not), but what is functional to the Russian project, to the trajectory it is following. .

So what is the heart of the geopolitical thought of the text? Ukrainian identity does not exist. Point. There is at most one declination of the snore, which is precisely the real translation of Ukrainian, that is little-Russian. Second observation to make, Putin never speaks only of Ukrainians, but of Russians, Ukrainians and Belarusians. Because they are precisely the same thing, the same identity. This is also very useful to understand how it is not possible to analyze what the Russians are doing in Ukraine without mutually linking these actions to those aimed at Belarus.

From the Arctic to the Black Sea it is a single homeland with a single border, that of the Russian world, of the great Russian nation. The story at this point is bent to prove the thesis. There Kievan Rus', the now mythical progenitor of Russia, becomes, in the article, not only the first complete Eastern Slavic state in history, but also compact from an ethnic and religious point of view, enclosing the "innocent", that is not divided, unity of Russians, Ukrainians and Belarusians. It was in fact an already Proto-Russian state.

This original unit was culpably separated. Here we enter the substance of the geopolitical perception of history on the Russo-Putinian side. The division is the result of an adversary work, of strategic rivalry. First Poland, then Austria-Hungary relied on national divisions, and finally the worst enemy, the internal one, as such in a certain sense traitor, the Bolsheviks, in their Leninist (rather than Stalinist) form, supported the development of nationalities within the post-tsarist and then Soviet camp, but an empire either performs domination, or favors nationalities… and loses dominion. This is Putin's thesis.

From the writing we can also deduce something else, which is in contradiction with the thesis just cited, but it is only so if we look, as mentioned above, at the academic logic and not at the pedagogical one. The "national" policy made it possible to incorporate Russian lands into the Ukrainian state. In fact it could be argued that if the Ukrainians are Russians, the Russians are Ukrainians and if the land
Ukrainian is Russian, Russian land is Ukrainian, but Putin differentiates between state and land. It says "Russian land" ceded to the Ukrainian state, it refers to Crimea, Donbass, but also Bukovina and Transcarpathia. Obviously, these transfers could only work in the absence of a real Ukrainian state, so if it remained at the bottom, administrative division. Soviet Republic of Ukraine, but Russian imperial substance. Furthermore, by introducing into the imagined ideal Russian homeland regions on the western borders of the current Ukraine (Bucovina and Transcarpathia), the Russian president confirms the strategic approach, because in fact they would be Russian lands on the opposite western and eastern borders of Ukraine, implying that, if the perimeters of that country are Russian, so is the country.

Obviously it also makes strategy, with those lands ideally pincers Ukraine from the west too, which aspires to go out of Russian space, closes it spiritually, now unable to turn the material, geographical key.

Transnistria, a small Russian "protection" state, is basically also used to keep Russian and besieged the western Ukrainian border and to act as an effective western gateway to the Russian world, as Bukovina and Transcarpathia are definitively lost, but Transnistria shores the south to the south. new iron curtain, acts as an advanced thorn of the Russian defense and surrounds the eventual Ukrainian final slide towards NATO from the west (for now Ukraine has "stopped" to be only close to the West).

Citing "those who divided the Russians" in fact Putin divides between faithful to the homeland and infidels, or traitors. The example of the Bolsheviks legitimizes and supports the existence of internal traitors. Insinuation useful to distinguish between the Ukrainian / Russian people and their leadership, which would be the real traitor, playing the game of the opposing powers and which not only does not bring well-being to its own people, but which also pushes them to betrayal. By doing so the president implements a captatio benevolentiae towards the entire Ukrainian population, Russian speakers and Ukrainians in the strict sense, trying to untie them from a political class of traitors, small and out of the heart of the nation.

This distinction is functional to enormously broaden the field of possible Russian intervention (imagined as rescue) in Ukraine. It would serve not only to defend the Russian speakers, still largely present in the country, beyond the now annexed Crimea and the disputed Donbass, but in fact already Russian, but to defend all Ukrainians. The entire Ukrainian people is pretended to be Russian, Russian-speaking or pro-Russian, crushed and deceived by an oligarchy of traitors. These traitors, the "Tsar" suggests, want to bring the Russian land of Ukraine and the Russian people of Ukraine as a dowry to the West. Betrayal becomes theft and a pledge of barter. This creates all the conditions for a pretext for intervention, even though we do not want to (it should be emphasized) still use this pretext definitively. That is, there is a small Russian (Ukrainian) people in need of help.

Help from what? With greater or lesser frequency, depending on the intensity of the crisis that Moscow is cleverly able to trigger, Russia talks about a future Ukrainian attack against the Russian speakers of the country's east, even fearing the risk of a Ukrainian (ie Russian) Sebrenian. These accusations are not proven for now, but in fact, the strategy is not about the truth, but about the conditions of power. Propaganda is the power of the word, accusations are its ammunition.

The passport card is also trying to strengthen the future legitimacy of any intervention. Russia has so far granted Russian passports to around 650 Ukrainian citizens of the Donbass. How could it fail to intervene in defense of Russian citizens who are now besieged there? While these moves, on the one hand, prepare both a rhetorical and a material context to legitimize a possible use of force, they are not sufficient to make scientific predictions about a military intervention in the short to medium term. It can only be pointed out that towards the end of the article Putin speaks of national communities that are in fact (now) distinct, but not distinct in identity, only in fact. It also suggests, as the extreme defensive border, that even if the communities were really different by now, taking note of them does not mean ipso facto accept current boundaries for what they are ...

This article is about the soft power, the geopolitical definition of the Russian element, which as such is extended to the Ukrainian (and obviously Belarusian) one, but it should be noted that strategically the spiritual factor of power holds true if it is functional to effective power. Ukrainian space would serve Russia even if it were not inhabited by Russians. Claiming Ukrainians to Russian identity history serves to help this goal. As already happened in the Crimea, necessary for the Russian defense regardless of whether there was a Tatar minority, regardless of the fact that there might be far fewer Russian speakers than there actually are.

The fact that Ukraine really belongs to the identity perception of the Russian element certainly confirms and strengthens the strategy. It gives blood to the geopolitical flesh. It makes the geopolitical approach emotional, mythical, but it does not create it. For this reason the article, taken by itself, speaking of perceptive, identity and historical factors, does not allow us to scientifically deduce the military actions of Russia, but allows us to reason, yes, on the fact that in Ukraine Russia is playing defense strategic and historical identity. That is both the muscles and the feeling. Hitting it in both is the real Putinian red line.

The Russians, definitively deprived of Ukraine and Ukrainians, would basically be less Russians, their self-awareness would be deeply affected, and this would provoke, if possible, a further sharpening, certainly not a fading, of the Russian perception of a West. ravenous, to defend against. To what extent do you defend yourself?

The strategic reflection of the EU has always progressed with difficulty, due to the often different vision of ...
2108
Read

Al Qaeda loses its subtlest mind; like in a Tom Clancy novel, al Zawahiri was eliminated by the 2 missiles ...
3849
Read

In the course of the two previous analyzes we spoke first of the figure of the Prime Minister of Hungary, Viktor ...
7632
Read

India and China are the two major Asian powers and among the most important countries in the world. Their relationships are ...
1669
Read

In the spring of last year, the United States, United Kingdom and NATO announced the withdrawal of troops from the ground ...
2358
Read

It being understood that international relations, by their very nature, cannot experience moments of stasis, there is no ...
5851
Read

In the course of our previous analysis we talked about how the leader of the political party Fidesz, Viktor Mihály ...
3145
Read

In international relations it is advisable to let events settle; the risk of full bets without ...
2636
Read

Draghi and a large delegation of ministers - half a dozen - are preparing to conclude a large number of agreements ...
3344
Read

The dramatic human times - and therefore intrinsically geopolitical - that the collectivities and the powers they express are ...
3301
Read