Home geopolitics Analysis Because Mariupol, like Sagunto, must not ca ...

Why Mariupol, like Sagunto, must not fall and why this is already the third world war 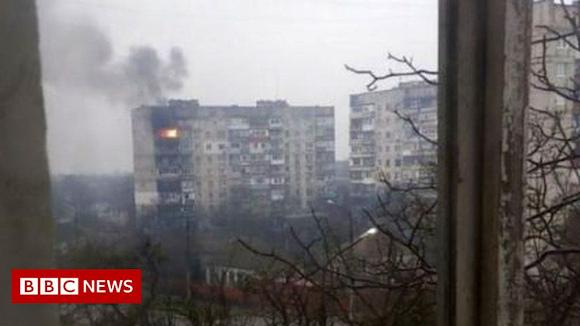 A part of Western leaders and public opinion is almost cheering on the Russian forces that converged on Mariupol from Donbass and Crimea and closed it off by land. They argue that once Crimea is united with Donbass, passing through Kherson, Enerhogar and Mariupol itself, Vladimir Putin's "madness" will turn into willingness to negotiate, because there would be an ounce of military glory to be smuggled into Russia, and ultimately the forces of the Russian Federation cannot take the other major cities of Ukraine in the same way, namely by massively converging on two or three sides by means of the hunger and terror.

This theory is not only false, it plays the game of the Kremlin.

Let's try, in a nutshell, to understand why the fall of Mariupol is absolutely not desirable:

Ultimately, by qualifying the sanctions as an act of war, Putin transformed this phase of the conflict into the "strange war" that was fought in Europe between Germany and the Anglo-French between September 1939 and May 1940, with the war operations present. only in Poland, in Finland and in the Baltic, and Berlin engaged only in frowning at Paris and London. Mariupol commits Putin and contradicts his theories: therefore, like and more than the rest of Ukraine, it shields the ambitions of the new tsar.

How did it turn out? The Germans reserved the First Strike, sudden and devastating end of the "strange war", after which they defeated France and drove the British back across the Channel.

For those who still had hopes, I say it loudly: this one it is already the Third World War, the Russian leadership has declared it openly and, unless the Russian people and elites take courage against the tirano, things will only precipitate into a frightening conflict. Please, do not be under any illusions and hope that Mariupol will hold on: it is the Stalingrad of 2022.