Home geopolitics Analysis Why accuse the head of state of a little ...

Why accuse the head of state of a foreign power of being a murderer? 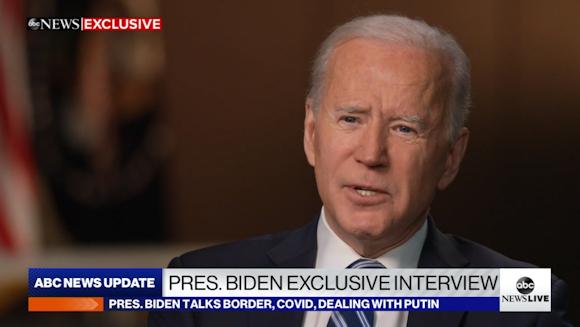 In the interview with George Stephanopoulos for ABC news, US President Biden touched on various topics: obviously he talked about the pandemic, but also about taxation, immigration and foreign policy.

Regarding the latter, the part dedicated to Russia, where Putin was accused of meddling in the American elections, caused quite a stir in the international press, and Biden reiterated his comment that Putin "Has no soul". These words are a reference to Bush's 2001 sentence, uttered after the summit in Slovenia: “We had a great dialogue. I was able to get an idea of ​​his soul ".

When the reporter asked if Biden knew Putin and thought him a killer, Joe Biden's response was an assertive murmur, followed by a clearer "I do," I think. As this was a taped interview, it is quite likely that Biden was fully realizing the extent of his claim, a true one misstep in diplomatic terms, only partially softened by the immediately following sentences, on the necessary cooperation on the most important issues "for humanity", such as the treaties on nuclear weapons.

However, the context must be considered; in fact, on 16 March the National Intelligence Council report, known as ICA (Intelligence Community Assessment), on the theme "Foreign threats in the 2020 US federal elections". 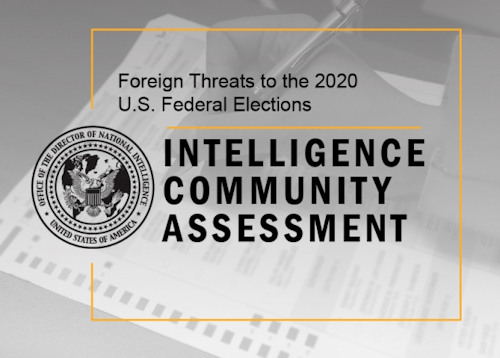 The report explicitly states the responsibility of the President of the Russian Federation: "We believe that Russian President Putin has authorized, and various Russian government organizations have conducted, operations of influence in order to denigrate the candidacy of President Biden and the Democratic Party, support former President Trump, undermine the confidence of the population in the electoral process and exacerbate sociopolitical divisions in the US. (...) ". Similar accusations, but in milder forms, are also aimed at Iran, while China is fully acquitted: "We believe that China has not made efforts to interfere and has considered, but not implemented, efforts of influence to change the outcome of the US presidential elections".

It is therefore clear that Biden's statements fit into a direction already outlined by the US apparatuses, namely that of transferring the responsibility for the internal fractures in American society to an external enemy, which these elections have dramatically highlighted. This move, in political terms, serves a dual purpose: 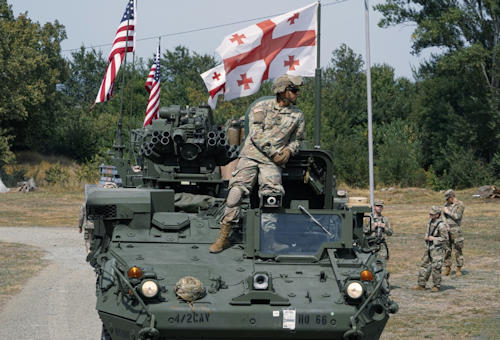 In short, even the Biden administration does not want to give up the well-established narrative of an enemy Russia, in particular given the close ties between Biden himself and the Ukrainian context, one of those battlegrounds between the two great geopolitical settings of the two powers.

In fact, while the USA, as a hegemonic power, aims to contain Russia in order to avoid at any cost some kind of threat to their domination of the European continent, Russia in turn cannot fail to try to limit what it perceives as a vulnerability, namely exposure to the West, through buffer states under its sphere of influence, between the borders of the Federation and those of the West itself. With this consideration in mind, it is more understandable why the response to "flight to the West" by leaders of neighboring countries, such as Georgia or Ukraine, has always been very hard.

It is not to be excluded that the US is also a reply to the Russian "vaccine diplomacy", which the latter has aggressively implemented in recent months to try to break the sense of encirclement and political isolation that has characterized it in recent months. last years. Undoubtedly, the American apparatuses may not have welcomed the distribution of Sputnik V to various states in Central and South America, and a reaction is inevitable.

In the larger picture, therefore, Biden's words may not even be, as Medvedev commented, those of a man "not spared by time". Predictably, the Russian response was condemning, both at the formal level, with the recall of the ambassador to Washington Anatoly Antonov, and at the media level, with statements initially left to the Russian entourage. For example, Konstantin Kosachyov, head of the Federal Council's foreign affairs commission, who wished that Biden's words were "due to age" and the result of "hearing problems", or Vyacheslav Volodin, spokesman for the lower house, who spoke of offense to all the Russian people. 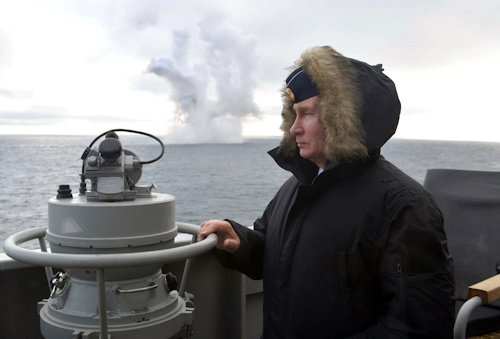 Only at a later time did the reruns of Putin himself arrive, who commented on how "Whoever is in a glass house should not throw stones" and then referred to the darker parts of American history, such as the use of the atomic bomb. Beyond the controversy media, the considerations of the Russian foreign minister Lavrov remain true, who observed that relations between the USA and Russia are currently in a dead end.

Finally, it should not be forgotten that Russia is indeed a power in crisis both in economic terms, where it pays the price of sanctions and an economic crisis that Covid has only accentuated, both in demographic terms, and where Putin's leadership, as far as still undisputed, she appears more tired than usual, however her power projection capacity remains absolutely intact, particularly in her neighboring countries.

One can only look with a certain apprehension at the further deterioration of relations with the leading power of the West. Indeed, there is no doubt that the Russian Federation if cornered, especially with the threat to what it considers its vital interests (in Belarus, Ukraine or other directly neighboring states), will react and, the fewer options it has at its disposal. , the more likely a conflicting outcome will be.

Photo: ABC News / Office of the Director of National Intelligence / US DoD / Kremlin

The news is blood curdling for its long-term implications, however you can bet…
2864
Read