Home geopolitics Analysis Panama: the jugular of the world? 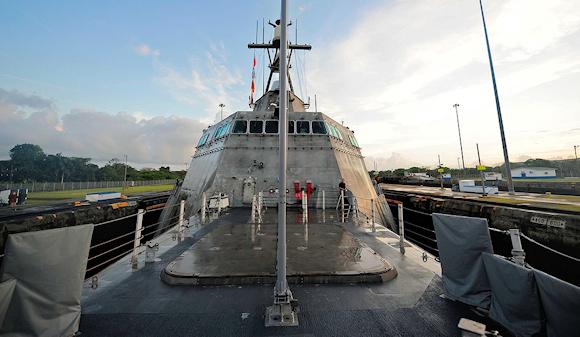 In its project of assault on world power, China does not skimp on means and, despite difficulties and obstacles, is launching ever greater challenges with an unprecedented use of resources, accompanied by a unique determination.

Beijing, while not setting aside (so far) the option of using force to solve international problems, favors other means, (yes, you can learn it) commercial penetration and international cooperation, preferably with states located along the multiple axes of the BRI (Belt and Road Initiative), a multiform project of road axes, infrastructure projects and agreements of all kinds. In this titanic network, commercial shipping and related infrastructures, such as ports and maritime routes, represent a central hub and among them, the Panama Canal, due to its multiple values, assumes a particular role.

The maritime activity of Panama (not only the Canal, as the state itself depends substantially on it, representing the largest financial income) is affected by the complex interaction between multiple factors. These include China's growing economic and political power in the Latin American sub-content and its growing competition with the US. But there are other values ​​that impact it, such as the long-term influence of COVID-19 both on the region and on global trade, US policies to contain immigration from the central southern part of the Western hemisphere, climate change, progressive affirmation in the region of hostile political leadership in Washington, the China-Taiwan rivalry, technological trends, the growth of regional infrastructures and the restructuring of the shipping industry itself, in the context of the constant evolution of the world economy.

US-China competition, unless there is a possible, but hitherto unlikely, conflict, should not directly affect traffic through the Canal, but indirectly. More significantly, the movement towards the nearshoring (a concept that derives from the practice of relocation and is when a company moves its operations to a neighboring country by one at a greater distance), is likely to strengthen, prompted by the possibility of sanctions, tariffs and other obstacles arising from the US trade dispute - China and the growing need to create new sourcing options for US companies; for some countries, such as Brazil and Argentina, this conflict could allow them to increase their turnover with China at the expense of Washington (and Brussels).

Prior to the January 1 "phase 2020" agreement that temporarily resolved the trade dispute between Beijing and Washington, China's substitution of soybean purchases from the US by increasing those from Brazil damaged the Canal's business. (with an estimated $ 30 million loss in transit fees), as much of the US soybean going to China from the Mississippi Valley to the Gulf of Mexico arrived at its destination via the Canal. Brazilian soybeans, on the other hand, generally traveled east, around Good Hope to China. This, while U.S. LNG shipments, by contrast, which are increasingly important to China (and Japan), have not been affected by the controversy as their volume through the Canal continued to increase during the pandemic, albeit a decision. China's strategy in the future for sourcing larger quantities of LNG from countries such as Qatar, rather than the US, could damage this source and further damage the Canal company's finances.

The current shipping crisis, coupled with the instability of global value chains, will eventually be resolved; however incidents such as the blockade of the Suez Canal and the closure of China at the start of the COVID-19 pandemic will continue to raise awareness of the risks to transportation and localized value chains, with a sea change in procurement philosophy going from a "Just in Time" strategy to a "Just in Case" one.

Consolidation of the global maritime sector in three major alliances such as 2M (MSC, Maersk and HMM); Ocean Alliance (CMA CGM, COSCO, OOCL and Evergreen) and The Alliance (Hapag-Lloyd, NYK, Yang Ming, MOL, and K-Line) will likely keep transportation costs (and related profits) high. The progressive entry into service of new large container ships, ordered from 2020 and which will begin to be delivered next year, should improve port congestion (although the effects will be felt mainly in the import-export terminals rather than in transhipment hubs, as in the case of Panama) between 2023 and 2024.

While important, the transition to the nearshoring it will only be partial, due to infrastructures and costs (starting with that of manpower, which will determine its development and location). Indeed, during the pandemic, the main change was not a significant increase in supply from Asia to Latin America, but rather an expansion of storage networks. Despite being a geographical center of gravity between the two subcontinents of the Western Hemisphere, the Canal fails to become a production platform, but remains one of passage and transshipment (with Panama City becoming a significant financial hub). The Canal also risks suffering the effects of a coordinated "minimum global tax" between the US and the EU, which could undermine the economic benefits of using free trade zones or special processing areas. Furthermore, the growing presence of Chinese companies in Latin America will fuel the momentum for sourcing their products from Chinese rather than local suppliers, generating, depressing local capacities. China and other countries are likely to continue to require significant quantities of raw materials and agricultural products from Latin America, for which the Canal will continue to play a key role.

As mentioned, the Panama Canal is not just a physical infrastructure, but is located in a broader scenario and is subject and object of complex economic and political dynamics. In the medium term, the economic dynamics will continue to be influenced by the persistent structural effects of COVID-19; all connected with the political dynamics taking place in the subregion. While the pandemic has diminished the purchasing power of consumers, local governments have increased their deficits, undermining economic stimuli and infrastructure projects as engines of recovery. Furthermore, the spread of hostile governments to Washington and the West in Venezuela, Nicaragua, Cuba, Honduras, Bolivia, Argentina, Chile and Peru (and, prospectively, Colombia in May and Brazil in October), slows integration. of the subcontinent in the liberal economic system and suggests that a new interregional trade scheme could replace the existing ones and it is useful to remember that China has invested $ 160 billion in the Latin American subcontinent over the past twenty years. The affirmation of these political leaderships could strengthen ties between China and Latin America and would mean the launch of loan-based infrastructure projects that strengthen the region's ties with Beijing, such as the port of La Unión in El Salvador, the mining port of Chancay in Peru, the modernization of the Belgrano-Cargas railway system in Argentina, or the expansion of port, railway and road infrastructures in Brazil for the export of soybean and iron to China or even the reactivation of interoceanic roads through the Mexico (from Veracruz to Port Salinas Cruz) or Colombia. The continuing "diplomatic war" between China and Taiwan could lead to the recognition of Beijing by Honduras, Nicaragua, Guatemala and Belize, among others, in the near future. This, in turn, could lead to further Chinese-oriented infrastructure and trade relations, including a possible upgrade of Honduras' road axis from the Gulf of Fonseca to Ceibo. However, plans for a new waterway in Nicaragua will likely continue to be unfeasible in the short term. Furthermore, while the high cost of labor in Panama could shift some port activities of the Canal to other terminals in the region, the infrastructure projects underway in those ports will not diminish their weight and role.

With freight rates likely to remain high, new routes enabled by China's BRI-related investments and promotions, such as the China-Germany-United States sea-rail route opened by China's Orient Overseas Container Line (OOCL), could create that link. between China and the east coast of the United States, without using the Canal; this is not to mention that global warming of the planet could increase the use of the Arctic route, which, in the future, could expand to connect Asia and Europe to the east coast of the United States with more larger ships. Likewise, the EU's adoption of a new "carbon tax" and its wider implementation by the Biden administration in the US or elsewhere could have a fundamental impact on the economic logic of supply. to the benefit of new players from areas such as Africa and perhaps Latin America, therefore a change in the global logistic models involving Panama and its Canal.

A final question is who will benefit from and control the evolution of the Western Hemisphere's maritime infrastructure, whether or not it revolves around the Canal. For the time being, it appears to hold a rough balance between the main maritime alliances and the relations between maritime alliances (economic and / or military) and port operators. There are some interesting changes between shippers, shipping companies and owners, who charter their own vessels, as well as Amazon expanding more and more into the shipping industry. There are currently no dramatic changes within the Canal system itself, but Chinese pressure will remain constant and a change in any of the other dynamics mentioned in this document could have a cascading impact on those relationships.

The international situation is evolving rapidly and there is no country that does not have to adapt. In an area of ​​course ...
6971
Read

The focus of geopolitical attention cannot be fixed; Ukrainian drama aside, Asia continues to stir up more than ...
8761
Read

The rise of China as a global economic and geopolitical superpower has heightened tensions and concerns about ...
3274
Read

Last May 23, with a grand ceremony attended by President Recep Tayyip Erdoğan as guest of honor ...
4503
Read