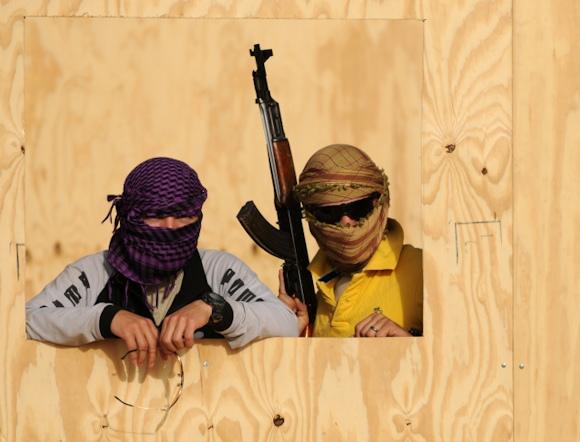 The Kurdish question, left out - wrongly - for other endemic crisis situations, is one of the most complex Middle Eastern puzzles; although it has always had international significance, it has never been possible to reach a univocal determination, also in the light of the various instances that have animated it, starting from the idea of ​​creating a single and independent state, passing through the request for a greater autonomy or even for a difficult assimilation within the various states of belonging.

Over time controversy Israeli-Palestinian, the oil crises, the Khomeini rise first and the conquest of the proscenium by Saddam Hussein then, the destabilization induced by the Arab springs, have marginalized the Kurdish question that, in recent years, has returned to be talked about precisely thanks to the worsening of those crises that have relegated her to a cone of shadow. Syria, Iraq, Western ambiguities in the conflict with Daesh, have brought back to the spotlight an entity of which, opportunistically, utility has been rediscovered.

The Kurds constitute a unicum cultural in the panorama of the MO: their social and institutional structure, when allowed and contextualized, shows democratic ideas unrelated to Arab contexts, preserves a secularism that is opposed to jihadist radicalization, attributes a primary value to women, preserves two idioms, the cultured kurmangi in Latin characters, and the Sorani, adapted from the Arabic alphabet. A clash of cultures, therefore, where the Indo-European origin of the Kurdish people of the Kurdish people stands out, as well as the historical ancestry, so the same Salah al-Din it would have been of Kurdish origin; therefore a people to be reckoned with, where peshmerga Kurdish Iraqis and Syrian PYD Kurdish militias1 have risen to the role of valuable interlocutors of Westerners against ISIS.

The Kurds fought in Kobane, in Kirkuk in the Iraqi area richest in oil resources, they put Daesh on the ropes, but their commitment, more than gratitude, has awakened many fears connected to a possible request for international legitimization made ever more problematic is from the different relationships between the same Kurdish communities, both from Turkey, which, paradoxically but not too much, has opposed the Kurdish militias committed against the IS. 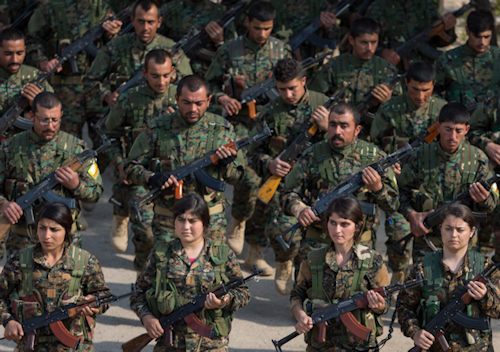 Will it be possible to draw a common future of the Kurdish nation or, much more realistically, will it be easier to limit its aspirations within the many boundaries in which it is relegated? Despite the distances and a pathological lack of attention, the Curda affair involves us more than one might think, due to regional conflicts, the exploitation of energy resources, jihadist terrorism, a genetic pride present in the DNA of every Kurd, a national pride ancient and incomprehensible to the by now soft Westerners. Therefore, curtain...

If we want to delve into the Kurdish juniper, we must abandon the reassuring idea of ​​the nation-state; about one and a half times the size of France, Kurdistan, which with its resources would have all the credentials to be one of the richest Middle Eastern states, is a gem set between the Turkish, Syrian, Iranian and Iraqi borders, with communities present in Lebanon, Georgia, Germany, England, Sweden, and paying the geopolitical peculiarity of its position.

Sykes and Picot's Anglo-French policy, in reshaping the post-Ottoman Middle Eastern borders in the 1916, first laid the foundations of a solid (and useful?) Regional instability due to the imposition of political models incompatible with the unrealistic pan-Arab culture that, heir of the vilayet2 Ottomans, he demonstrated a physiological incapacity to take over the political concept of the State then, in Lausanne in the 1923, on the impulsion of Kemalist secular absolutism, which fought against the disintegrating forces that had shattered the Sublime Porte and which was characterized by not keeping faith with the promises made, forever dissolved the hypothesis of a united Kurdish state. Kurdistan therefore continued to be seen, geographically and historically, only as an indomitable and useful buffer between old empires and in contact with the Slavic world, an area rich in water and oil resources and by the obligatory communication routes between Turkey, Iran and Iraq.

In Kurdistan, the emergence over time of various parties, while on the one hand kept the patriotic sentiment alive with a general request for democracy, on the other highlighted both the lack of unequivocal objectives and the presence of sectarianism that prevented the formation of a single liberation front, fostering Turkish Iraqi regional hegemonies, and downsizing the Kurdish prospects within each individual country within which the various communities find themselves. The weakening in the Kurdish movement is therefore produced both by ideological divisions, which characterize the individual formations and are sharpened both by the lack of common intent and by the continuous diasporas aimed at weakening the national spirit. 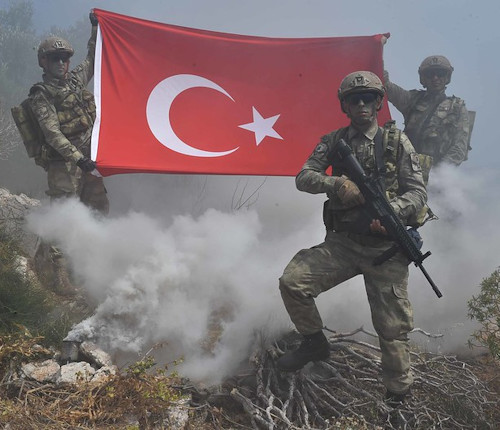 Taking into account the faults among the various Kurdish organizations, rather than towards a Great Kurdistan it seems peaceful to expect the maintenance of a status quo based on respect for human rights, but above all on the preservation of a political structure which, in its precariousness, would favor forms of self-determination, but not the desire for independence that would change the boundaries of too many States and that has also motivated the repeated and bloody insurrections that have occurred over time. The Turkish attempt to erase Kurdistan from the collective memory, with the introduction of the terms "Turkish mountain"Ed South Eastern Anatolia, clashed with the ferocious survival instinct of a people that has made its main friends and allies of the mountains and that, even under the influence of the new social communist ideologies, has not changed the ideological motivation of the struggle undertaken.

A perfect people? No, as everywhere else, for that matter; just as in all societies even serious errors were committed, other times childish naivety: the historical and deprecated participation in the Armenian genocide to be contextualized in any case in the particular historical moment in which it occurred, the internal political fragmentation; the imprudent call for a referendum on independence which, as appealed as Advisory, has in fact raised the fears of regional and international political actors; the failure written agreement from the western side that recognized the deserved prize for having fought against Daesh; the confirmation of always being ready at the center of the geopolitical stage but always as an expendable superstar of which we can free ourselves at the right moment.

In the context of the broader dynamics connected to the East-West opposition, the Kurdish question finds a further and interesting aspect of deepening related to Israeli foreign policy, which could have opportunistically assessed the same issue as a potential disturbing element between Turkey, Iran, Iraq and Syria, but paying due attention to not breaking those balances of realpolitik that allow it to entertain relationships that are difficult to hypothesize in the light of the always smoky but very useful propaganda, or the art of convincing others of what they do not believe3, of which other glaring examples come precisely from the lukewarm Turkish politics towards the treatment reserved for the Sino-Islamic Uighurs, considered less relevant than the interests produced by the commercial and political relations with China, or by the businesses entertained precisely with the Kurds Irakeni. 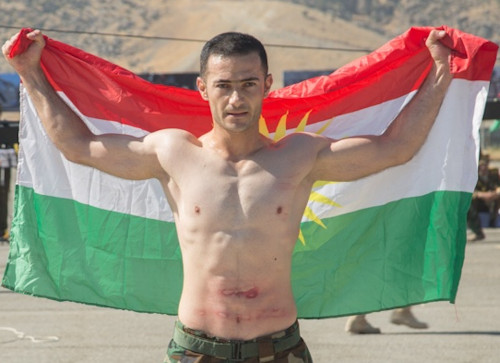 What future then for the Kurdish entity? If a unitary state would lead to regional upheavals and on a global scale, it remains a little feasible via federation, also in light of the very hard teachings given by history that has never practiced extensive concessions to the Kurdish people, who have not received particular benefits even from embryonic upheavals of the 2011 Arab Springs that failed to significantly affect either Turkey or Iran.

What could be the point of view of a Kurd towards a Western world divided between the intangible philosophy of international law and the most pragmatic policy of geopolitical and economic interest, pursued since the early days of the 900 by the Germans with the Berlin Baghdad railway line and up to 70 years from BP English? The perennial repetition of a conceptual clash that has reiterated the principle of Divide and conquer, to which the US President Wilson, also a supporter of the safeguarding of nationalities, also sold. The conflict against ISIS, among other things, in addition to polarizing political bitterness against the Arab entity, has increased war resources and legitimate expectations, but has not led to the necessary geopolitical adaptations, useful to avoid conflicts between them. Kurdish parties projected to the control of the neighboring areas and to constitute effective organs of government capable of not replicating the practices followed by the governments against which they have fought.

Kurdish victims of realpolitik? Yes sure; earthenware vessels in an arena populated with iron vessels, however, have also paid the price of their own internal divisions and the objective difficulty of finding an agreement between factions. The Kurds, despite the decisions of the Trump Administration, nevertheless continue to boast a credit with the West, especially after the elimination of al Baghdadi; after the USA, in fact the unfortunately faltering Europe has remained, in a general framework that would probably require a change of strategy, also in the light of the Russian policy which, at the moment, is holding back the Turkish initiatives.

Traditionally, for the Kurds only the mountains are the only reliable friend: perhaps the time has come to be able to forge valid and lasting alliances also with men.

The international situation is evolving rapidly and there is no country that does not have to adapt. In an area of ​​course ...
6904
Read

The focus of geopolitical attention cannot be fixed; Ukrainian drama aside, Asia continues to stir up more than ...
8760
Read

Last May 23, with a grand ceremony attended by President Recep Tayyip Erdoğan as guest of honor ...
4502
Read