Home geopolitics Analysis Confucian order and hierarchy at the base of ... 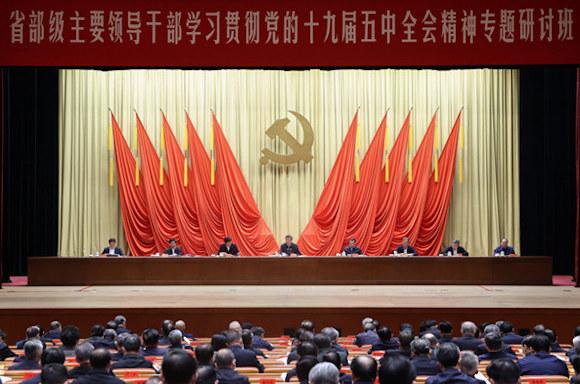 In the year in which China will reach the first of the two objectives indicated by Xi Jinping at the time of his investiture (2012), when he indicated 2021 as the date on which the Chinese company would become "Moderately prosperous" - (the other goal, in 2049, is the transformation of China into a socialist country "Completely modern") -, the time has come for a further effort to better understand the reality we face.

It is now a fact; China is preparing to dominate the world.

A domination that - already here we need to make a first distinction - it is not in the western sense of the term.

The history of our hemisphere is in fact a succession of victories and defeats, European strategic thinking based on the maneuvering of forces and fire, constantly aimed at the annihilation of the enemy.

From the Roman Empire, to the military treaties of the modern age, up to the thought of Clausewitz, the aim of every war has always been the physical destruction of the enemy, its annihilation. militarily.

All of this comes from the peculiar Western logic, essentially linear, rational, deterministic, all focused on the balance of power as a necessary condition to prevail. 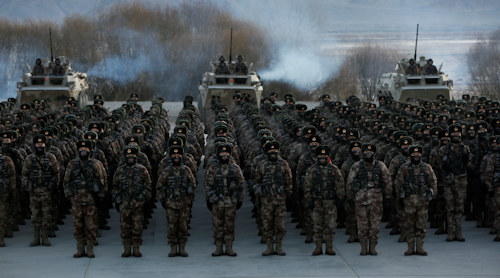 China, for its part - but we could say the whole East - has always reasoned differently, responding to an exquisitely a-linear logic. It is, in fact, used - as Fabio Mini explains - to "to evaluate1 always the interactions between opposite complements, to tend towards the achievement of non-static dynamic balances, not fearing the imbalances, disharmonies, conflicts and aberrations of political and everyday life ".

As Henry Kissinger rightly observed2, it is in the two most popular games, chess (Western) and Go (Chinese), that the differences between the two different conceptions are most strongly understood.

The former are based on winning against the opponent. To "checkmate" involves forcing the opponent into a position whose abandonment leads to the destruction of the king. 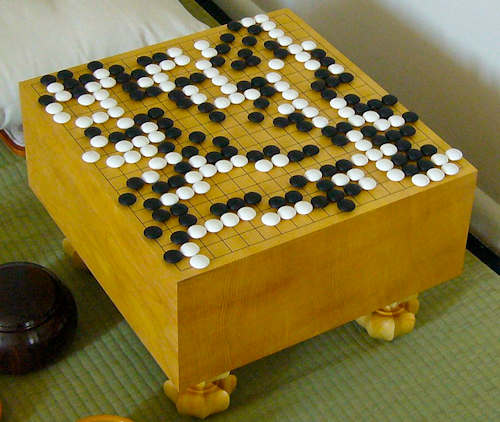 The Go, on the other hand, in its original name wei here - literally, game of surrounding pieces - it consists of 180 pieces (chess only 32) and consists in placing the pieces on the table in such a way as to surround the other player and limit any movement.

It requires a more subtle and versatile tactical thinking, also considering the infinite possibilities of the game, far superior to those of chess, so much so that only very experienced players can fully understand the advantage of one player over the other.

In Go the final result is the product of a multiplicity of local situations, in which the positions of advantage and disadvantage are intimately interconnected, and never definitive.

It should not be surprising then, if the Chinese, especially in diplomacy, usually combine all the tools at their disposal, most of the time having a goal that is anything but immediate, and therefore difficult to recognize by the adversary, prodromal, however, to achieving of a strategic end-state.

And they do it in their own way: softly, with the usual apparent detachment, never losing sight of the goal. Consistent with the diplomatic line drawn more than thirty years ago by Deng Xiaoping: "observe3 calmly, protect our position, face issues calmly, conceal our strength and wait for our time, keep a low profile, achieve results and never claim the'hegemony" (冷静 观察 ， 稳住 阵脚 ， 沉着 应付 ， 韬光养晦 ， 善于 守 拙 ， 绝不 当头 ").

To the Chinese, on the other hand, such a modus operandi comes easy because, unlike Western democracies, they have always been used to planning well in advance, relying on the political leadership of the celestial emperor first, and of the party's central committee now. 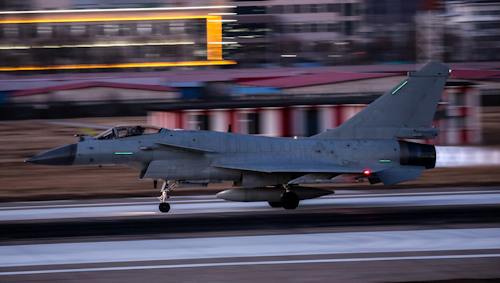 In this way, today, they can reap the fruits of an unstoppable race, which began with the economic reforms of Deng Xiaoping, to whom we owe the "Socialism with Chinese characteristics" and the constitution of the "economic zones", and with the most recent evolution in an authoritarian key by Xi Jinping, all focused on preserving the centrality of the Communist Party and its decision-making bodies.

If Chinese progress terrifies us Westerners, especially when it indicates our inexorable decline, for the Chinese it is, instead, simply in the natural order of things; it represents the evolution of a millenary, cyclical process, in which phases of violence and disintegration have constantly alternated with moments of peace and territorial unity.

Understanding China therefore means penetrating to the very end, as far as we Westerners can - (and here the Chinese would already have many reservations about it) - their thinking and the spirit of the entire nation.

Starting from the fact that China has always existed for its inhabitants. There is in fact, in the national narrative, a founding date, a historical path preceding the actual beginning of their civilization.

China has always been immanently there, preceding all known civilizations in age and rank, from the Egyptian one to the city-states of classical Greece. (Just think that ideograms, written and read today by over one billion and 400 million Chinese, were conceived in the second millennium BC). 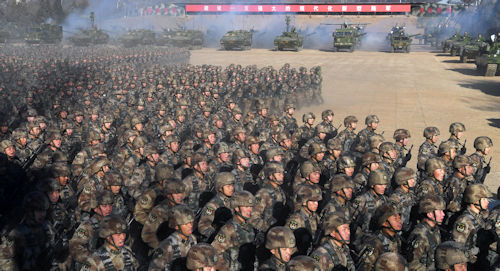 In all Chinese there is therefore an idea of ​​eternity, of immanence, which often returns in the vision they have of the world and in the way in which they live their time; a vision that is sublimated in the perception of being the only ones called to a heavenly mission.

It was this peculiar form of exclusivity that historically marked Beijing's relations with other states.

With those placed on the border of the aforementioned cultural space, demanding it tout court subordination. With the others, those at the most remote borders - considered barbarians because they are unable to absorb Chinese rules and laws -, adopting a shrewd strategy of Divide and conquer, aimed at alleviating the threat where it was more difficult to move large masses of warriors in time.

The fact that China has never interwoven relations with states comparable in size and sophistication has certainly facilitated this isolationism. Neither with India, which for much of its history has been divided into minor kingdoms and from which it is divided by the Tibetan plateau and the Himalayas, nor with the Babylonian and Roman empires, placed beyond the boundless desert spaces of Central Asia. Nor, in modern times, with Europe, constituted in the Chinese imagination by a multiplicity of small barbaric states. 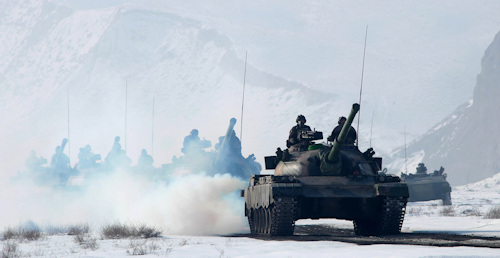 This self-referentiality, cultural and value rather than political, has deprived China of any desire for territorial conquest or annexation outside “its” space.

It was seen when, with the Song dynasty (960-1279) he held the primacy of knowledge in the nautical field; or when in 1433 he made the last, and perhaps the most important of naval expeditions: the one under the command of Admiral Zheng He, with which he reached the coasts of East Africa.

Even then, the admiral, in the ports touched along the way, limited himself only to inviting the riparian rulers to go to China to honor the heavenly emperor. Nothing more. (Thus handing the oceans over to Europeans, and opening the doors for them to half a millennium of Western domination which has now come to an end).

It is this self-referentiality, above all the daughter of a hierarchical conception - in diplomacy, as well as in questions of internal politics - of clear Confucian derivation, on the basis of which Beijing places itself at the top of every system of relations. 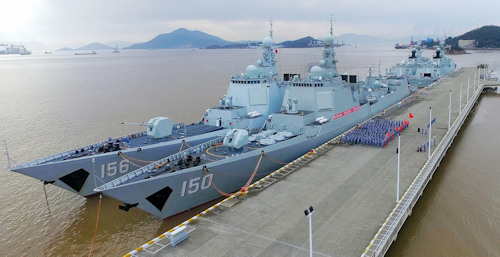 For the Chinese, every citizen (every state) must above all know their place in society (in the community of nations), and behave accordingly, recognizing the party (China) a position of absolute centrality.

That this intimate conception is then disguised with expressions invoking harmony among nations, shared progress and common prosperity is another matter entirely.

The central concept of harmony (he, 和), very often enunciated by Xi Jinping, is the son of that, just as mentioned, of order, declined in all its forms.

Social order, through the exercise of the Five Confucian Relations (wulun, 五 伦), between:

1. sovereign and subject, based on loyalty;

2. father and son, based on filial piety;

3. older brother and younger brother, based on respect;

4. husband and wife, based on tolerance;

5. friend and friend, based on affection. 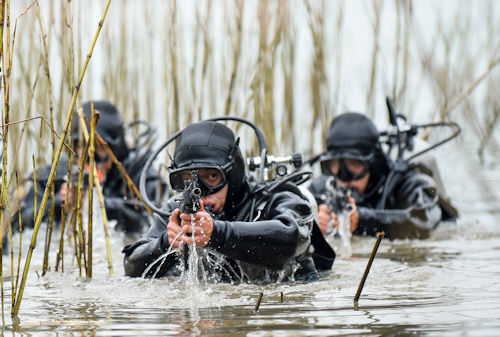 World order, to be pursued in a new international system, no longer the son of the Bretton Woods agreements of 1944, which recognizes the centrality which belongs to it by history and rank.

Last reflection. The name China, from the name of the Qin dynasty that unified the country, was chosen by the Portuguese in the fifteenth century. The name of the town, attributed by its classical tradition, is instead Zhongguo (中国/Chugoku, "Middle Earth").

In 1040 of our era, a Chinese author, Shi Jie, wrote: "The sky is above, the earth is below, and what is in between is called China".

In the name, the reference to a vertical interposition (between heaven and earth) - not horizontal, between neighboring states -, which elevates China to a special rank, relegating all the others to its periphery.

A periphery that we all are.

Photo: Xinhua / Ministry of National Defense of the People's Republic of China / web

As was widely expected, during the Summit of NATO Heads of State and Government in Madrid, Finland and Sweden ...
2514
Read