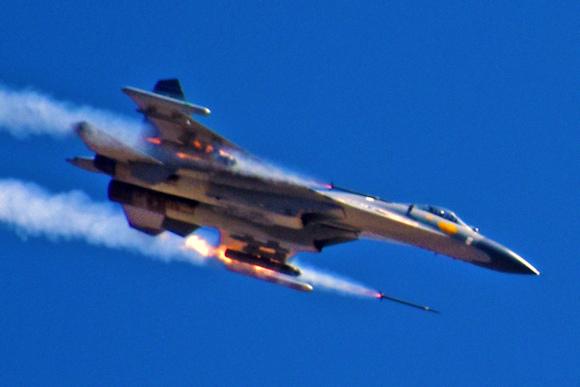 The sea, in the international dynamics, continues to preserve its pre-eminence. Geopolitics, in its transversality, provides the keys to understanding what has always been called thalassocracy; nothing new then.

The post-Cold War has delivered a multipolar reality, and even the axis of geopolitical interests has slowly shifted; the waters of the Atlantic and the Mediterranean have left the scene to those of a wider and not less turbulent theater, that of the Indus Pacifico, populated by global and regional political actors of depth, characterized by multiple and relevant interests and priorities, and with a nuclear weapon.

Let's play a little ...: is it a suitable scenario for the explosion of a medium-high intensity conflict?

The USA is currently the first political subject in the Pacific, their own new frontier, well aware of how basic that Ocean is for maintaining superpower status, and where the PACOM1 it carries out an action not only military but also political.

The Eastern and Southern Chinese Seas have become the main junction of Beijing's ambitions, intending to take control of it to defend coasts and merchant traffic, thus avoiding any form of embargo in the future, and generating artificial islands in the Paracel and Spratly archipelagos (v.articolo), functional to an effective area interdiction action. 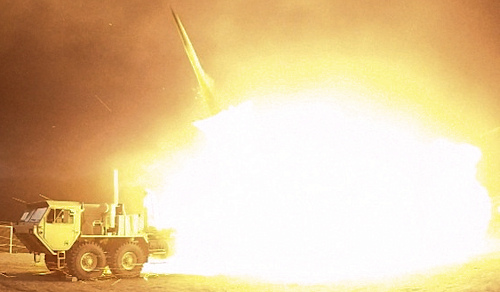 In the north Russia, with its natural gas and with the precise idea of ​​being able to dispose of its East as a strategic resource, is currently the best possible / acceptable companion for the Chinese, aimed at expanding the infrastructure of their BIS (Belt and Road Initiative) also in the Moscow area; the Korean peninsula is the point of strategic balance between China and the USA, threatened however by the nuclear volatility of the Hermit Kingdom by Kim, who pushes Japan and South Korea, protected by the THAAD missile system (photo), to a new arms race.

To the east, the Dragon is compressed by the countries of the first chain of islands which, like Japan, hinder access to the Pacific, and in addition call into play unpopular powers, such as India, that are reluctant to accept expansion Chinese economy.

Taiwan, considered an island of the Pacific and not of coastal proximity, and despite not having a real strategic value but subjective geopolitical, it is constantly equipped (to no avail against the Chinese shock force), and reacquires the frictions between the USA, its official protectors , and China, intent on bringing the rebel Province back to reason, by means of a sort of sharp power aimed at obtaining its institutional weakening from within. 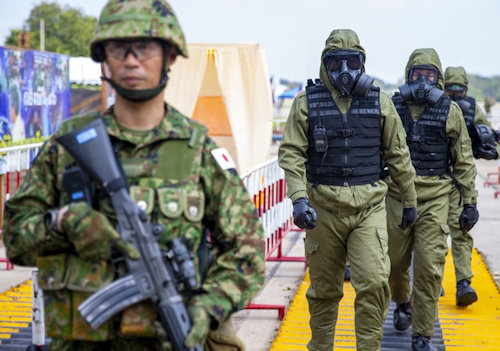 However, geography conditions intentions: China, aware of its technological inferiority, tries to reach the Indian Ocean by bypassing the Malacca bottleneck and building the Gwadar airport, in competition with the nearby Iranian airport of Chabahar, financed by India, while Japan he rearmed and revised his constitutional pacifist posture, which however did not prevent him from having territorial disputes with all the neighboring countries; Russia, never so desirous of warm seas, does not give up pointing to the northern Arctic route, destined to revolutionize future maritime traffic; also Australia, worried by Chinese aggression, imposed a definite (but belated?) naval rearmament.

It is worth mentioning the nuclear capacity of the major players mentioned, to which to add Pakistan, encompassed by the links of the BRI, but involved in heavy friction in Kashmir with the Indian giant. We are still playing ...

A hegemon is never an interpreter of an episodic phenomenon; any projection of power to consolidate needs time and concreteness.

On the American side, Mahan's theories are still valid and - by imposing the need for route control - they push the US to keep the alliance with Japan anti-Chinese, given the Dragon's dependence on maritime trade. The containment of China has therefore been entrusted to a balance of power between the nations of the area thanks to politics obamiana of pivot to Asia aimed at diverting China from the seas to force it to take a continental posture which, in fact, has encouraged the creation of a silk road potentially dotted with military bases (photo). But the Sino American contention, not being able to ignore the incremental value of the Chinese fleet, continues to keep alive the attention both on Asia and on the conviction that the planetary future depends on what will happen in this area.

The American hegemony, founded on the Maritime Power, suggests to tighten China in a belt of friendly but fickle countries, able to hinder navigation and trade, thanks also to the particular geographical conformation of the area that sees Japan, with the powerful base US naval Yokosuka, guarding the East China Sea and the Sea of ​​Japan, Australia defending the Solomon and Vanuatu islands, and India, rearguard on its archipelagos.

China has not failed to respond and has bypassed, for the moment, the naval technology gap with the American competitor by adopting an area interdiction strategy2, but above all starting to project power both by continental route with the BIS, and by starting to adopt a decidedly more assertive posture with the creation of a military base in Djibouti, a point of control of the Bab al Mandab Strait, another fundamental bottleneck for the world (and Chinese) mercantile passage, the antechamber of Suez, and the obligatory passage of American logistics for the units deployed in the Persian Gulf. There is no doubt that, given the nature and ranking of the operations conducted by Camp Lemonnier, there is a security problem on the American side due to the possibility that the management of the Djibouti Port of Doraleh passes into Chinese hands, never so proactive, for then proceed north to Europe. 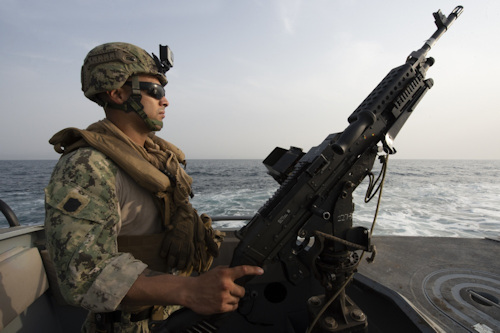 The relevance of Djibouti is also demonstrated by the Japanese-Indian negotiations, which provide for the possibility, for the parties involved, to take advantage of the counterpart's logistical assistance, and thus to monitor Chinese naval movements.

From Djibouti to Greenland; behind the diplomatic skirmishes between Americans and Danes following the embarrassing utterances of President Trump, there are more motivations and of a different order but not for this reason less relevant. Greenland offers mineral deposits and rare earths for industry, but above all it is placed in a strategic position that enhances the Polar Silk Road, or the next Arctic maritime routes sought after by Russians, Americans and Chinese. Already Obama tried, with little success, to isolate China and Russia with two parallel commercial treaties, the TPP for the Pacific and the TTIP for the Atlantic, trying to involve all the countries of the two shores, and breaking the balance established with the WTO. The American strategy tends to prevent the movements, the Chinese one to open up, even forcing, perhaps with the financing of the doubling of the Suez Canal.

We could not miss a mention of the cybernetic technological domain, still firmly in American hands. Internet control, born in the military and parallel to geostrategic interests, and the development of forms of Artificial Intelligence give the US a significant advantage, at least until technological superiority remains Western. The website, a direct consequence of the Soviet collapse, is once again based on the US thalassocracy, which controls the thousands of kilometers of cables placed on the ocean floor, and consequently has every possible useful information; the Chinese attempt to exclusively manage servers at home and to use forms of AI to tie up its satellites involved in the BIS, has triggered US commercial aggression conditioned by a free and globalized market that aspires to enter the profitable Chinese scene, and where Japan replaced China in holding the largest amount of US Treasury bonds. 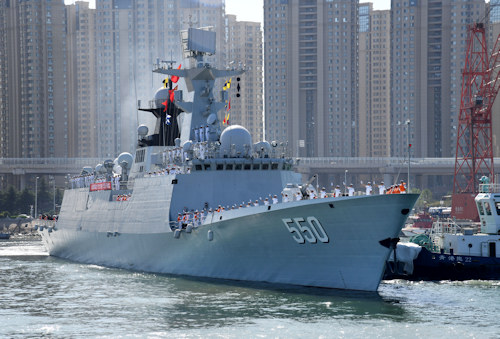 So far we have played a kind of risiko based on actual data; we place the plank. The only Chinese possibility to take control of the situation is to fight the Americans on their own field: the Maritime Power. In the face of the waning Russian naval star, China is attempting to set up one Blue Navy oceanic, trying to go up the impervious technological slope, and with the insuperable gap of the lack of actual combat experiences.

For the moment, the only viable path is that of an area prohibition, which is financially less expensive but potentially a harbinger of a greater logistical commitment for the Americans committed to defending the vulnerability of air and naval power and their multivectorial strategy, which however it is enriched by the possibilities offered by the exit from the INF Treaty3, an aspect that would make it possible to place ballistic and nuclear missiles directly in the Pacific.

Whatever colore choose on the bridge, even in the face of hybrid and asymmetric measures adopted in the economic field with sanctions and relative countermeasures that aim to shift the center of gravity of the markets, one cannot help but consider the hypothesis of the clash. We can imagine exploiting, if still available, the time factor, a useful element both for the Chinese to arm their fleet, and for the Americans to increase the technological gap. 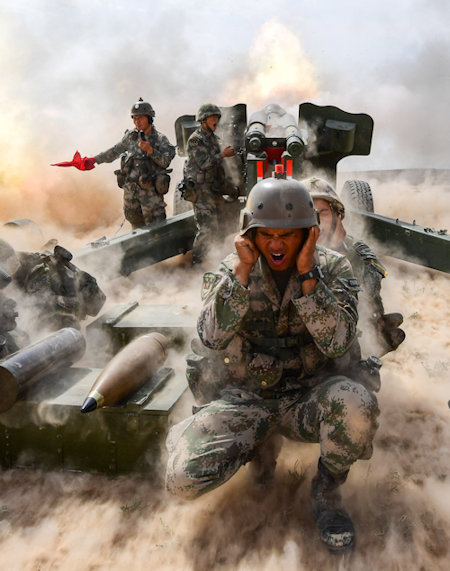 But how much will the new demographic and economic conditions of China which the BIS must remedy to give stability in the most internal areas? How much can the need to access Iranian crude oil and gas, sanctioned by the US, nuclearly detect?

Xi Jinping, one of the last red principles, not surprisingly appealed as helmsman and leader less discrete and more determined and resourceful than its predecessors, is pushing to modernize and strengthen a military apparatus that will necessarily have to be remedied for what the various Chinese media have called the disease of peace.

The Armed Forces therefore play a strategic role, considering that both contenders use them as a factor of relevance with which to measure the effectiveness of their respective geopolitical strategies, and considering the validity of the Thucydides' trap, which hypothesizes the collision between the hegemon in power and the rising power.

Bipolar competition, even at the nuclear level, is now only between China, whose firepower is unknown, and the USA, which have consolidated power projection procedures on a global basis.

Where politics and compromises fail, recourse to war becomes inevitable, provided there is a strategic objective. Here there are several; And here, we finish our game.

Turkey is increasingly determined to impose its role as a bridge state between Europe and the Middle East. In the region is ...
1772
Read

After the rapid victories of the Tripoline forces against Haftar's troops in Tripolitania the attention of opinion ...
4105
Read

We followed, like many others, the latest US events and their vast echo in the world, and we preferred ...
1947
Read