Home geopolitics Analysis Do not die of Moldova

Do not die of Moldova 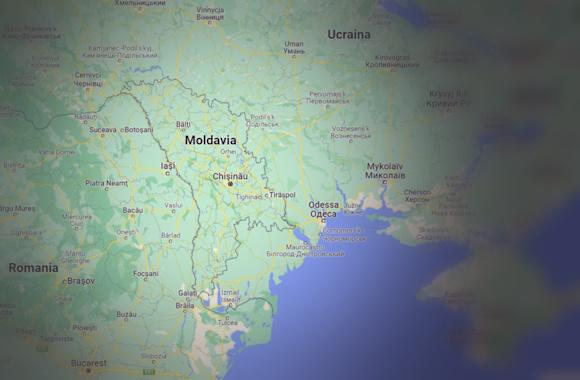 The east wind has been blowing over central Europe for some time now; in fact it has never stopped sweeping the plains of the old continent. Moved by the Russian imperial spirit, substantially always the same, albeit in a Tsarist form, first Soviet then, it keeps alive the fires of an instability that, in recent years, has claimed victims and shed blood. Chechnya, Georgia, Belarus, Ukraine, Transnistria, are there to remember how, under a thin layer of ash, the embers of war have continued to burn.

Of course, the tactics used, the elementary nature of the communication systems and a lack of logistics, even in the short term, suggest that the Russian Bear has underestimated the strength of a people and the unexpected presence of a president derided for his past. , but which has shown and still shows the rare courage to remain in place, despite not having a crown on his head and having been able to count on a more comfortable means of escape than a corvette.

It is a continuous return to the past, a return to errors already committed and repeated however in different ways because they are conditioned by technological evolutions which, in their perfection, lead technologically advanced missiles to crash into inhabited centers, schools, hospitals.

There is nothing to boast about, nothing to take note of for the future, if not to remain astonished by the scenes that, taking up the raids and violence, bring back to times that were thought to belong to a past that was hoped forgotten: an army of Soviet numbers with Tsarist logistical support. Russia left timed political bombs on the ground, a time evidently now over, which triggered violent detonations.

Anyone who thinks that in Ukraine and with Ukraine it is over is wrong. It has just begun 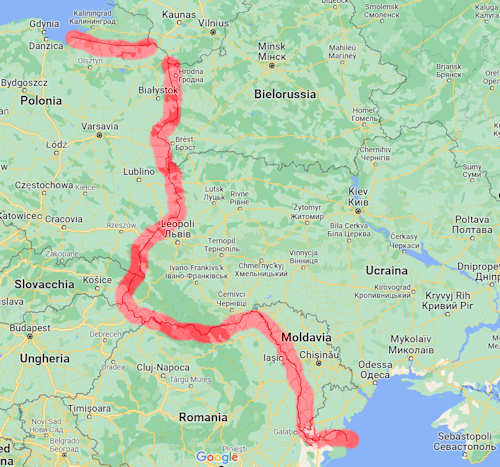 From the east, the Russian forces push, obtaining tactical successes that recall, for lack of speed and impact, the pockets in which, 80 years ago, they fought regardless of bloodshed; despite being opposed by a desperate and ferocious resistance, they point to the west, aimed at regaining ancient spaces and intent on delivering a very specific message to the western front limes: the launch pads are again close and looming over Europe. However, there is no doubt that Guderian and Von Manstein, in terms of armored vehicles and their use, could still have taught something.

Now take a map of Central Europe, and draw a red line that from Moldova, thus including Transnistria, travels north towards Lviv, and points to Poland and Kaliningrad. Admit it, it's not that abstruse. To think that Ukraine can fall only because it is pressed from the east is misleading; the Russian-speaking Transnistria, in the west, offers the possibility of projecting power towards Ukraine, putting an end to the political existence of Moldova.

From the southern maritime areas of Odessa and Transnistria, in a strategic calculation that is not so complicated, the fate of Moldova is marked, as is the end of the first Ukrainian resistance phase, with Kiev thus engaged on several fronts. The push from Moldova, probable next sacrificial victim, it would lead the Russians towards the center of Ukraine; what is interesting to verify is whether, in the strategic calculation, Moscow has evaluated the historical and social conformation of those lands.

If the resistance offered by an East, which should have been more akin to the Russian-speaking part, was so determined, one wonders what to expect from a West, in particular Ruthenia, which has always had Moscow in objection, cultivating culture and culture instead. Habsburg past. This leads us to believe that Russia may have planned a campaign that, which started out to be swift and violent, has become bogged down by not giving up on the purpose of imparting terrifying lessons, based on such a number of victims as to inspire perennial fear.

If this is the Russian strategic plan, that is to exploit the Russian-speaking Transnistrian ramp with its own soldiers who have been there for some time, it is inevitable to expect that about 200 million people will be involved in war events that will affect no less than 4 countries (Russia, Ukraine, Belarus , Moldova), up to the contact on the Romanian border, the limit (hopefully) insurmountable. 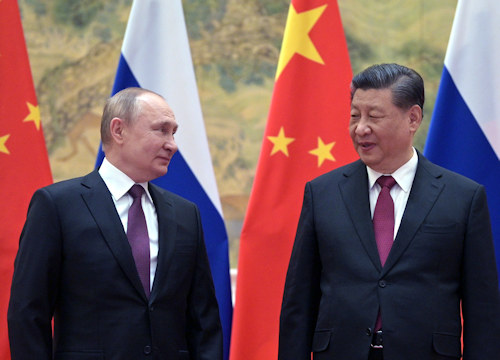 1) In the clash between Russia and the West on European soil, the third Chinese guest of stone will reap the fruits of a disastrous conflict without firing a shot: Sun Tzu would be proud of it. It would be enough to recall the outcome of the centuries-old clash between the Romans and the Sassanids, of which the Arabs have reaped the benefits.

2) Ukraine becomes "Iraqi": there are many similarities, both from a geographical and social point of view, to which to add a different and decisive factor, namely the presence of an organized, nationalist people, ready to continue its war . They are already proving it now, under indiscriminate bombing. Here the guests would be two, the western clayey, subject to the possible blows of the tail of an unscrupulous antagonist, and the Chinese granite.

3) The nuclear option which, almost nonchalantly, has gained consistency these days, should not be set aside, since it belongs to the renewed Russian military doctrine in tactical terms, just as the possible objective, which must be strongly symbolic, should not be underestimated. and such as to weaken any revanche. Apart from Kharkiv and Kiev, now exhausted, the most authentically Ukrainian city and future seat of government and institutional bodies is Lviv.

Let me be clear, this is a pure conceptualization that could help expand the space of reasoning to find other possible solutions.

Whose fault is it? To share among many; undoubtedly it is largely to be attributed to the Russian oligarchic intelligentsia, but also to a slothful West which, in recent decades, has closed its eyes to everything. In a world normal a former prime minister of a hegemonic country would avoid taking up positions of power for companies in competing countries and heavily involved in national economic life; in a normal world, the various maître à penser of political groups and movements could avoid hitting the president, who did not flee, of a country under attack: they would make a better impression. But the premise lies in the adjective: normal. This world is not; it is for this reason that, most likely, Moldova will enter in spite of her in devastating power games immensely greater than herself.

The international situation is evolving rapidly and there is no country that does not have to adapt. In an area of ​​course ...
6315
Read

The visit of the Chinese foreign minister, Wang Yi, who in the second half of May touched several small states ...
1047
Read

The focus of geopolitical attention cannot be fixed; Ukrainian drama aside, Asia continues to stir up more than ...
8755
Read

The vote in the UN Assembly of the motion condemning Russia's aggression against Ukraine has ...
3112
Read

The rise of China as a global economic and geopolitical superpower has heightened tensions and concerns about ...
3267
Read

Last May 23, with a grand ceremony attended by President Recep Tayyip Erdoğan as guest of honor ...
4497
Read

The Ukrainian campaign could prove to be more costly and damaging for Russia than anticipated. Despite a ...
2625
Read