Home geopolitics Analysis Nigeria, between change and fight against ills ...

Nigeria, between change and struggle with intestines 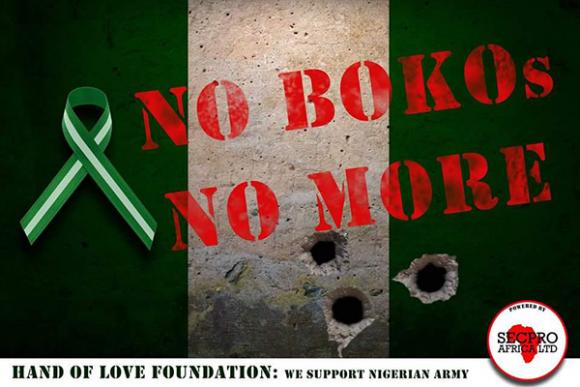 Nigeria has changed! The Nigerian people expressed themselves and tired of the losing president's outgoing policy, expressed his will with a free and democratic election.

A vote without fraud that brought to power the one who wanted as a symbol of the APC party, All Progressive Congress, junco's broom. A broom that intends to clean up the corruption and the underworld typical of the previous executive.

The election has shown that Nigeria has earned a prominent place among democratic nations and that it has also become an example for many European nations where there have been no free elections for years but governments change without popular will.

The Nigerian elections, brought gen. Mohammad Buhari. An upright man of sound moral principles and infinite humility. An example president for all Nigerians. He gave up - really and not in words - the escort. To provide a model of civilization in the rules of the road, in a country where driving is more than wild, it has forced its driver to respect the rules by not putting the siren, not exceeding and respecting the traffic lights. It is not difficult to meet Buhari's car at an intersection where he returns your greeting.

The president has forced his family members to pay for air travel for personal travel by prohibiting the use of state planes. There Presidential Air Fleet it was dismembered and resold and the proceeds were donated to the Foundation The Hand of Love, created by the company SecPro Africa Ltd which created the campaign No Bokos No More, for the support of the families of the military dead for the fight against terrorism.

With Buhari, there was an immediate oil reform, also supported by the Emir of Kano, SM Sanussi, as a former governor of the Central Bank of Nigeria who denounced Jonathan (the former president, ed) for having stolen 49million dollars from the proceeds of the sale of the Bonny Light (high quality oil, ed.) Nigerian.

Buhari said no more corruption: when he took office he immediately arrested all former ministers whose assets and bank accounts were seized. With the kidnapping, he created a fund to pay the salaries of university teachers who had not received the salary for over a year. 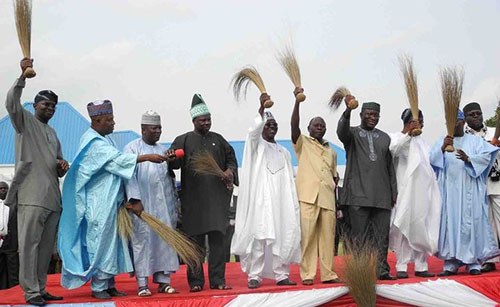 Following this cleansing line, the new executive, in order to increase international credibility, has implemented an anti-corruption policy on all fronts: starting with the police up to the control bodies of the finance ministry, it has removed the high authorities ( putting them into forced retirement) and appointed new valid elements.

But the most important step, he who is a former Army general, was to send 12 generals of the various armed forces home, he said unable to fight the terrorist phenomenon of Boko Haram, and placing the maj.gen as the new Chief of Staff. Tuku Buratai, a man who prefers to do push-ups with his men at the northeast front, rather than staying in a comfortable air-conditioned office in Abuja.

The result of this change in the leadership of the armed forces has already had some successes. By sending reinforcements of the 7 ° RGT to Borno, terrorism was managed to be defined in a very specific area in the north-east only and no longer in the entire northern area.

The city of Kano has been freed from the infamous injury of being the "Capital of Boko Haram".

The terrorists now only move in the Sambisa forest where they are hit hard by aerial bombardments, shelled by artillery and attacked by land forces. To lend a hand to the Nigerian army, the armed forces of Chad, Cameroon and Benin join. They are flanked by the consultants of the PMC SecPro Africa (*), with men and means and who also accused the loss of 4 specialists of Ukrainian nationality, who during an aerial surveillance activity on the Sambisa forest were shot down by a construction rocket Soviet supplied to the Libyans.

From this unfortunate case, it was realized that Boko Haram has established relations with ISIS Libico, in fact intelligence sources report the exchange of men and equipment between the two terrorist groups.

Another alarming fact that made intelligence understand that Boko Haram has continuous contact with ISIS representatives was the arrest in Lebanon of one of the leaders of the Islamic Caliphate in Syria, who, with a false Lebanese passport, had obtained the visa for Nigeria. Buhari immediately removed the head of immigration, the ambassador and all the Nigerian diplomatic and consular staff in Lebanon.

We can safely say that Buhari's tough policy turns out to be a winner in the fight against all the evils that afflict Nigeria.

His being humble but efficient will be increasingly appreciated and as a warning to other nations.

(*) SecPro Africa Ltd, is the only registered PMC / PSC authorized to operate in Nigeria. It currently provides support to the Nigerian army with 29 men among specialists and operators, 2 UAV, 2 medium-distance rocket launchers, 3 aircraft for surveillance and logistical support.

NOTE: SecPro had requested support from a famous South African PMC who provided 6 operators. But due to the phenomena of xenophobia against Nigerians in the city of Durban in SA, they were repatriated immediately with an emergency flight for fear of retaliation.

Mario Draghi spoke of Turkey as Italy's main trading partner in the region that includes the Middle ...
631
Read

The Mediterranean once again lends itself to being the ideal backdrop for those wishing to shift attention from Ukraine; ...
2129
Read

As was widely expected, during the Summit of NATO Heads of State and Government in Madrid, Finland and Sweden ...
4198
Read

The international situation is evolving rapidly and there is no country that does not have to adapt. In an area of ​​course ...
8430
Read