Ukraine receives military materials, but would like vaccines (first) 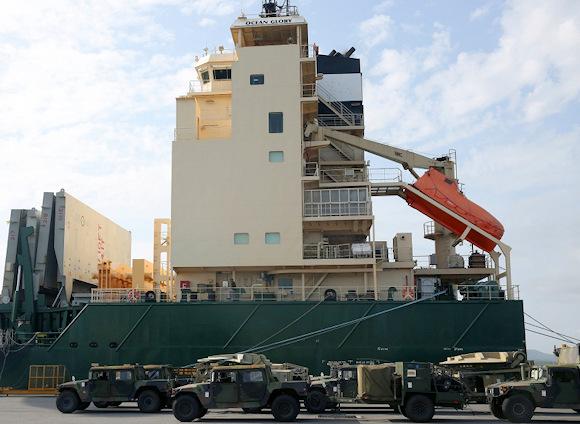 In the night between 25 and 26 March, the “Ocean Glory”, an American cargo ship containing at least 350 tons of military material and about thirty HMMWV (Humvee) vehicles, arrived in the port of Odessa. The expedition is part of the military aid promised to Ukraine by the American administration and reaffirmed by the Pentagon in early March with the official announcement of the allocation of an additional 125 million dollars for the Ukraine Security Assistance Initiative. The funds will be used to "help Ukrainian forces to preserve territorial integrity, secure borders and improve interoperability with NATO" and, should American observers be satisfied with Ukraine's progress, they will be followed by another 150 million, allocated to similar functions.

Since the war with Russia in 2014, the US has invested about two billion dollars in the Ukrainian Armed Forces, to improve their equipment but also their operational, analysis and intelligence; the whole is in an open perspective of adapting the key sectors of Ukrainian defense to NATO standards, of which however Kiev is not yet a member. A fact that Ukraine has seemed intent on changing for years, and a few days ago the confirmation of adherence to the path undertaken, with the signing by the Ukrainian premier of the "Annual National Program under the auspices of the NATO-Ukraine Commission for 2021" an initiative created to accompany the Ukrainian apparatuses to participate in the Atlantic Alliance.

As Head of European and Euro-Atlantic Integration Olha Stefanishyna said: "The PNA for 2021 is, in fact, our internal plan, in line with which we are moving towards NATO membership, as this document, like its predecessor, the PNA 2020, is the most as close as possible to the NATO Membership Action Plan. By moving along this path, Ukraine is gradually bringing its standards closer to those of the Alliance, which is the prerequisite for NATO membership ". 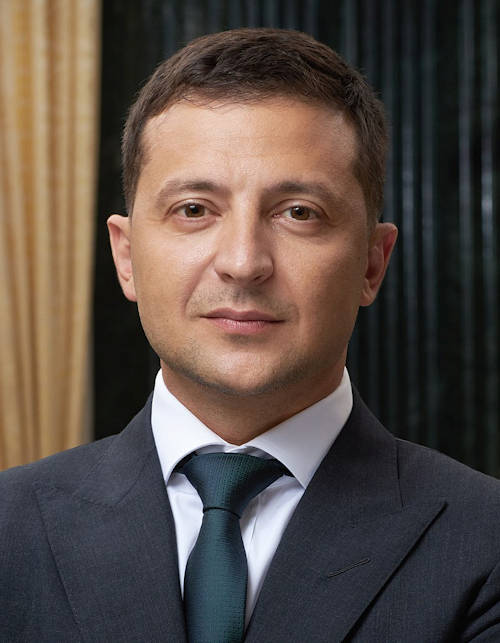 At this moment, however, the Ukrainian government is grappling with a more stringent problem than the possible admission into NATO, in fact the situation linked to the Covid 19 pandemic is currently more serious than in comparable countries, with more than 10000 new infected a day in last week, the reproduction index above 1 and growing. Added to this is the fact that the vaccination campaign in Ukraine is very backward due to serious supply and logistics problems, and is struggling to take off also due to the very low interest of the population in receiving the vaccine.

In the words of Prime Minister Volodymyr Zelensky (photo) "The problem now is distrust in vaccinations and the refusal of the population to receive the vaccine"; in fact, if Ukraine was not already in the past years particularly at the top in vaccination statistics, in the case of Covid 19 the situation has further worsened, with 40% of health personnel defining themselves as "hesitant". Undoubtedly, the objective errors in the management of the campaign, the communication errors of the Ukrainian ministries, often accused by critics of being too confusing, and the corruption scandals contributed to this: a situation on which a disinformation campaign could easily be grafted. of pro-Russian origin.

It is on the occasion created by the pandemic that the Russian Federation seeks to insert itself and regain lost ground in terms of soft-power within Ukraine. When the aforementioned NATO membership plans, implemented with American support from the more pro-Western part of the Ukrainian apparatuses, began to take shape, Russia saw that ideal red line, from Kaliningrad to Transnistria, which constitutes ai his eyes the insurmountable defensive boundary of his own geostrategic interests.

The ultimate outcome of the tension created by Kiev's tendency to move away from Russian orbit was the 2014 war and the annexation of Crimea. In fact, for Russia, Crimea means facing the warm seas, with all the consequences that this entails, and is one of the inalienable profound trends of Russian power since the times of the tsars, and even before. From a strategic point of view, maintaining control of Sevastopol (photo) and Crimea is of primary importance, which is why the Russians had no qualms about acting in a confrontational manner in order to maintain it. This action, however, polarized Ukrainian society, causing the Russian power to lose a lot of consensus among the Ukrainians themselves, being seen as an aggressor. 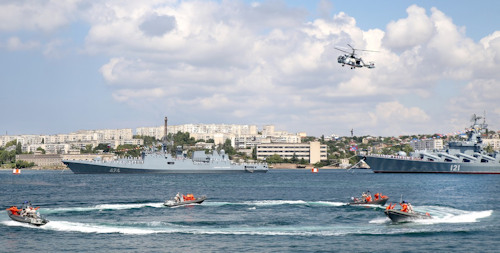 The offer of vaccines, logistics and health personnel, made with great media coverage by the Russians, is part of an attempt to regain part of the "hearts and minds", with an attitude of "big brother" typical of Russian pan-Slavism. The action is unlikely to have a positive outcome, even considering that for the current prime minister, accepting any help from the Russian side would result in political suicide; however, the internal pressure for the mismanagement of the Covid crisis begins to grow considerably and the Ukrainian government has not failed to report its needs to the allies, (yes, you can learn it) the USA of course, with the first requests still going back to December 2020. The fact that the American response was lukewarm is undoubtedly due to the internal problems that the US was and is going through, but also to the consideration by the US that the alliance with Kiev is basically to counter Russia, and the benefits for Ukraine are almost collateral. From this point of view, it is explained why sending armaments is considered a priority over vaccines or nurses; in fact, the hypothesis that, in the wider European arena, it will be necessary to further tighten relations with Russia, in order to justify an intervention that prevents the realization of the Nord Stream 2, a real thorn in the side of the US apparatuses; Ukraine, with the conflict in the disputed Donbass provinces still latent, could represent an ideal terrain on which to push Russia to carry out sanctionable actions.

For its part, the Russian Federation seems aware of the situation and tries on the one hand to gain as much margin as possible soft-power it is possible, on the other hand, to show off its military prowess, to affirm its role as a power and exercise a form of deterrence, but always trying not to permanently cut ties with the United States, aware that isolation or confrontation would hardly bring you positive results.

Latin America is seething. This is a dramatic fact that is there for all to see. From Mexico to...
1625
Read

The news is blood curdling for its long-term implications, however you can bet…
2866
Read