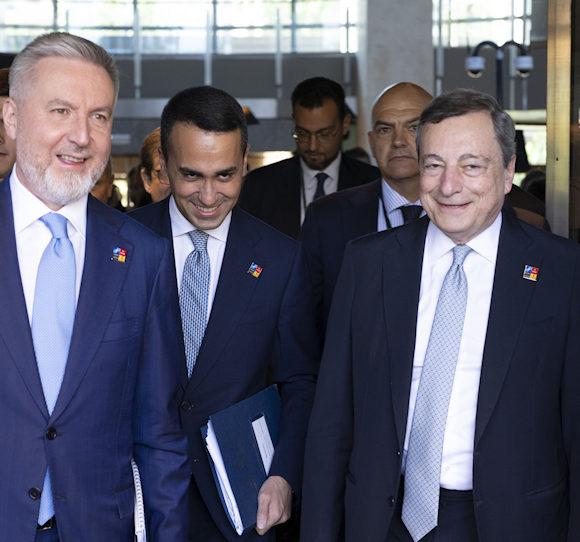 As was widely expected, during the Summit of NATO Heads of State and Government in Madrid, Finland and Sweden they were "invited" to join the Alliance (to respect at least formally the dictates of Article 101 of the Washington Treaty, which provides, in fact, that access is by "invitation" and not on the basis of a request, even if with the "open door" policy adopted after the end of the Cold War, the invitation remains essentially an act formal). Now the access procedure will start, which in the specific case will obviously and rightly be as limited as possible.

The military advantages for the Alliance are undeniable, which sees its defensive structure strengthened in its northern quadrant. In fact, NATO could in the future block the entire Baltic Sea entirely, where Moscow has long denounced a state of enclave of the Kaliningrad enclave. In addition, the Kola Peninsula, which is the stronghold of the military structure of the "Arctic Zone of the Russian Federation"2, could become vulnerable to a possible land attack starting from Finland.

First of all, in a period of perfect harmony between NATO and the EU and of little predictable but absolute alignment of Brussels with Washington on the Russian-Ukrainian question, Ankara aimed to obtain recognition of its special "status" within the Alliance. He couldn't just be "one of the thirty allies". He had to, if only as a matter of principle, point out his autonomy and that his vote was not "taken for granted", forcing both Washington and Brussels to come to terms. 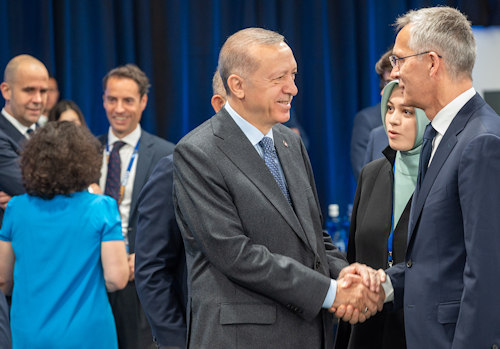 In addition, he had specific requests to be satisfied and the opportunity was greedy.

Of course there was the question of Sweden's protection so far guaranteed to the Kurds of the YPG (which Ankara considers terrorists but who nevertheless played a not secondary role in containing ISIS) and from the USA to the FETO organization of its "personal enemy" Fethullah Gülen. These are issues not so important in themselves, but for the messages he could send to his internal public opinion and to the Kurds themselves.

The message that Erdogan launched in a not too cryptic way both to the hostile sectors of Turkish public opinion and to the Kurds was simple and direct: “Sooner or later I will take the enemies of Turkey. Do not be fooled by the promises of European and North American democrats and liberals, because when they need me, they will not hesitate a second to betray you ”.

More important to Erdogan was what he set out to achieve from Washington and what this writer believes he has achieved. Some concessions will be explicit, such as the solution (in the sense advocated by Ankara) ofacquisition of the F35s and the upgrade of the F16s, to which, of course, US or NATO funds will be added to meet the increased needs of Turkey, which has a strategically extremely important position in the military confrontation between NATO and Russia.

Other concessions Erdogan will certainly have obtained from the US, but they will not be read in any official document. However, it is precisely the latter that should worry us Italians the most. 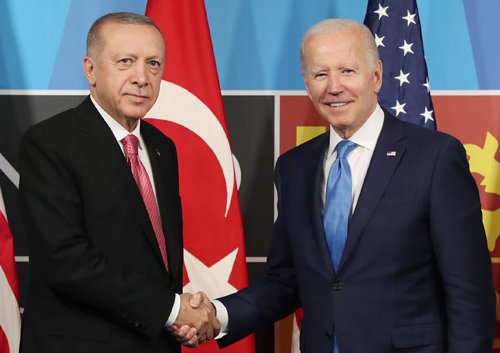 It is foreseeable that the "Sultan" has obtained permission from Washington to operate as he likes (even in disregard for the national interests of other NATO countries: Greece, France, Italy) in the Mediterranean and that he was given carte blanche for Libya (despite all the times that Italian politicians have repeated to us in the last six years that Washington blessed a non-existent "Italian leadership" in Libya).

Which should also worry us considering the fact that the Mediterranean has been totally ignored in the context of Strategic Concept of NATO just approved in Madrid. A document that, on the other hand, extends much further on the Indian Ocean and the Arctic Ocean (only to remain in the maritime sector).

Turkey will certainly take advantage of this green light.

Given that Italy will continue to have its national interests trampled on in the Mediterranean and North Africa, the EU will be able to counter Ankara's hyper-activism (as perhaps only Paris would be willing to do) or will it be for the umpteenth time hostage? Previous experiences certainly do not leave us hopeful.

1 Article 10 of the Washington Treaty: The parties may, by unanimous agreement, invite to accede to this Treaty any other European State capable of promoting the development of the principles of this Treaty and contributing to the security of the North Atlantic region. Any State thus invited can become a party to the Treaty by depositing its instrument of accession with the government of the United States of America. The government of the United States of America will notify each party to the filing of any instrument of accession.

2 Since 2010, the Russians have deployed important military assets, including land, in this Arctic area in support of the Northern Fleet which must maintain the availability of the Arctic naval route that connects the Atlantic and Pacific Oceans. Ability that Russia considers to be of fundamental importance for its maritime security and which is also of interest to China for the development of an Arctic stretch of the "silk road"

Between the second half of July and the beginning of August over thirty people died (including two soldiers ...
821
Read