Home geopolitics Analyses The ineffectiveness of the Israeli strategy ...

The ineffectiveness of the Israeli strategy in Syria 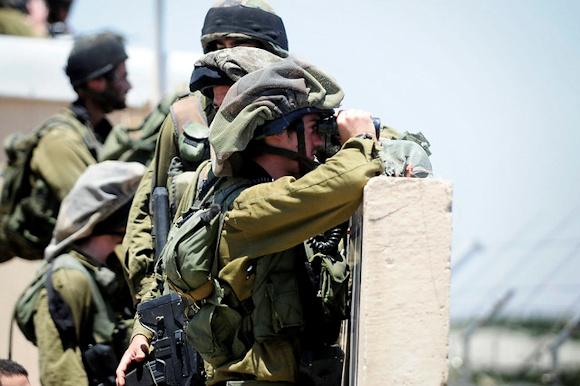 One of the events that most influenced the development of the "Syrian Civil War" was the cross-involvement of Israel and Iran, which transformed the territory of Syria into one of the many theaters in which the two countries are engaged in their asymmetrical war no holds barred. However, while the Iranian intervention was immediately characterized as a structural operation with long-term temporal horizons, the Israeli one instead distinguished itself for its deviation and lack of any clear political and strategic objective. Several analysts have in fact tried to find parallels with the "War of Friction" of the 1967-70 which opposed Israel to Egypt along the front of the Suez Canal, or with the two "Intifadas" of the 1987-93 and the 2000-5 during which Israel repressed Palestinian popular uprisings. On the contrary, while in the cases cited above at least the government and the high command of the Israeli armed forces had both precise tactical and strategic plans and from time to time they modeled military operations by virtue of the set objectives having very clear what it should have been the final result to reach a victory, in the case of military involvement in Syria things have so far gone quite differently.

The first Israeline fire actions in Syrian land officially began on the 25 in September of 2012, but it was only inconclusive exchanges of small arms along the border, propped up here and there by artillery duels. The quantum leap took place on the 30 January of the 2013 when the Israeli air force scored the first air raid targeting an armed column of Hezbollah and Iranian military advisers deployed in the Assad country. Since then, the trend of Israeli military operations (especially air) in Syria has increased in a pejorative nature. However, despite the fact that the Israeli air force has carried out thousands of bombing actions also using the most recent additions to its arsenals, such as the UCAV "IAI Harop" and the missiles "SkySniper" and "MARS" (the latter also known as "Rampage"), the results were really modest, so much so that several sources speak of the loss by the so-called "Axis of Resistance" of less than 5% of their arsenals. It even seems that, thanks to a sustained recovery of Iranian supplies, Hezbollah's missile arsenal has come to touch in the 2017 the "fantastic" figure of 150.000 rockets of all types and sizes that, in light of the damage caused in the 2006 war , play an extremely effective "deterrent" role. The confirmation is given by the fact that, despite the increase in air strikes, Israel has always limited itself to striking (even here it has always done in a rather "delicate" way) Iranian, Syrian and Hezbollah targets only in Syrian territory but has avoided attacking the Shiite movement in its territory of social and electoral domination: South Lebanon. Very often Israeli raids are carried out on "more times" with relative "warning shots" in order to minimize the risk of human loss and maintain the general profile of the comparison at a low level.

But can this tactic be decisive? The answer in this case can only be "no". Already during the "Vietnam War" it became evident that intense bombing campaigns characterized by randomly chosen and occasionally and not systematic targets end up ringalluzzire the attacked part and push it to equip itself with better and better means to face the threat from equal to equal. Even in the case of the "Syrian Civil War", both Iranians and their allies on the ground have continued to increase the presence of men and armaments to make their influence on the ground in Syria a fait accompli and a lasting fact, with the peacekeepers of Jerusalem.

The images of the terrible explosion in Lebanon have drawn attention to that troubled country. Although from ...
2652
Read