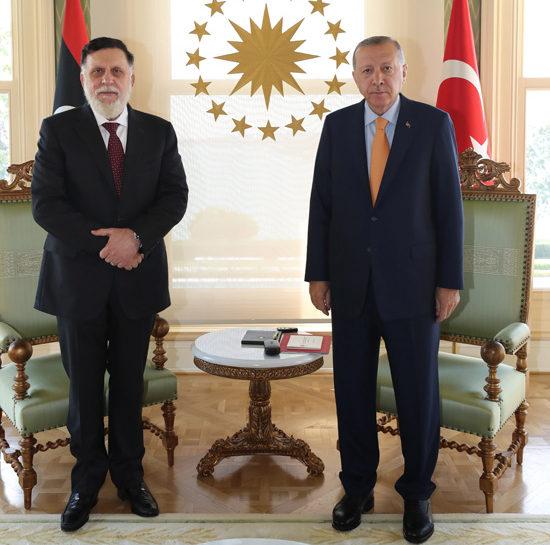 First excluded, then reinstated last Thursday but politically reduced, this is the parable of the Minister of the Interior from Tripoli Fathi Bashagha (v.articolo).

Bashagha, the political face of the powerful militias of Misrata, a leading exponent of the pro-Turkish milieu in the Libyan capital, Erdogan's real "fifth column" within the GNA, was the main rival of Prime Minister Fayez al-Sarraj.

Today, however, Bashagha is "simply" the Minister of the Interior of the internationally recognized government since Sarraj - and those who support him from the outside - wanted, as part of the reinstatement operation, to substantially vacuum him: on August 28, immediately after Bashagha's suspension, Salah Eddine al-Namrush was appointed Minister of Defense; General Mohammad Ali al-Haddad was appointed as the new commander-in-chief of the Libyan Armed Forces. In other words, two key positions in Libyan politics have now been occupied and Bashagha will no longer be able to extend his influence over the Armed Forces, but the difficult dossier of integrating both Tripoline and Measurat militias into regular forces remains on the table.

Integrating irregular but powerfully armed militias with political ambitions among the institutionalized ranks of the Armed Forces is never a simple operation, both from an organizational point of view and from that frankly linked to military policy, and is historically proven as a decision-maker who finds himself in dealing with a situation like this never comes out well. It must then be considered that Sarraj and with it the military circles have a clear preference towards the militias of Tripoli and that they would prefer, in the medium term, to reach the complete disarmament of the Misrata. This is because Misurata has proved to be, since the beginning of the revolt against Gaddafi in 2011, a political and military reality that is dangerous for the capital (called the "Libyan Sparta"), with a strong decision-making autonomy that is based on the tip of the bayonets and capable of giving life to a ruling class that has gradually "contaminated" the political personnel of Tripoli. 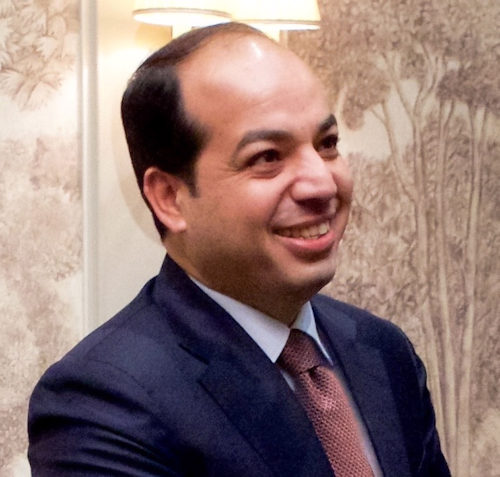 It is no coincidence that both General al-Haddad and Deputy Prime Minister Ahmed Maiteeg (photo) are from Misano and, among other things, Bashagha's rivals; with the first who maintains excellent relations not only with the leaders but also with the wingmen of the Misrata militias and the second who acts as a true "right hand man" of al-Sarraj and to whom the premier would also like to entrust the control and management of holdings government whose value is now around 9 billion dollars. In short, Misurata remains strong even in the face of the weakening of Bashagha but the problem for Sarraj were not and are not - at least as long as we continue to fight - the claims of the city-state as much as the internal sabotage that the Minister of the Interior carried out. maintaining contact with the most rebellious militias against any type of negotiation with Cyrenaica. Today the problem seems to be defused also because the restructuring of the leaders of the Armed Forces has given the militias new interlocutors.

Also as regards the internal relations of the pro-Turkish faction of the Tripoli executive Bashagha seems to have lost ground since the new Minister of Defense al-Namrush (in the next photo, sitting on the right) has chosen, as the first act of his appointment, to visit Ankara to meet his Turkish counterpart Hulusi Akar. Certainly a necessary act given that it was the Turkish military support that saved Tripoli from the collapse and allowed counter-offensive action up to a few kilometers from Sirte and al-Jufra; However, the fact is that the new point of reference for Turkey could have become precisely the Libyan Defense Minister who can be politically classified among the supporters of the Ankara action and who today holds greater political-negotiating power than Bashagha , who had taken on the task of managing bilateral relations with Erdogan.

So al-Sarraj had enough strength to oust and then put Bashagha back in place drastically. A choice dictated by realpolitik because if it is true that the Minister of the Interior has lost appeal in government circles, he cannot be considered in all respects a loser: he is still a militia leader as well as a politician and militiamen a he faithful had surrounded the headquarters of the Ministry at the time of his deposition, giving Sarraj a clear warning. There was no risk of unleashing an urban guerrilla war between rival militias in Tripoli, endangering the government and offering Haftar and the supporters of the war in Tobruk the opportunity to go on the offensive again: undermining the credibility of the executive of the GNA means attacking any opportunity to negotiate a peace agreement. 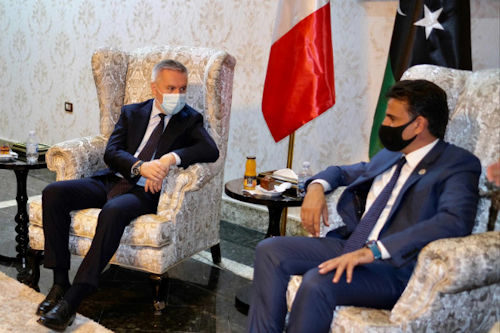 In order not to see its "fifth columns" excluded from the government, Turkey has cooled the souls of Bashagha's supporters, the United States has guaranteed Sarraj political viability to oust and then weaken the Minister of the Interior in the face of his "Oath of allegiance" to the cause of the GNA, Italy seems to have also played its game by inviting Sarraj not to force his hand too much, however aligning himself with Washington's position.

The political crisis in Tripoli has allowed Rome to return - albeit as a supporting actor - to have its say on the issues of the "Fourth Shore" when, until a few weeks ago, its geopolitical role in the area seemed definitively over.

Bashagha's ouster it did not happen thanks to the Italians, as well as its reintegration; indeed, once again there was the risk of being carried away by events set in motion by others, but the opportunity to record arose when Sarraj had to rely on his traditional international interlocutors to defend himself from Bashagha.

Sarraj's political-military weakness is also the strength of his supporters, particularly the United States and Italy. Not to mention that the traditional vision of American geopolitics - in a sort of hidden continuity that links Trump to Obama in many ways - sees Libya as Italy's "backyard" and as smoke in the eyes of any Turkish attempt to inaugurate a season of autonomous power politics from the great "US umbrella".

The "American solution" of the Libyan crisis has many points of contact with the Italian strategic objectives: maintaining the unity of the country; energy security; constant monitoring of internal political processes. This is why Rome needs to support US action in Libya without seeking “European” solutions. This need also presupposes a radical change in the approach to the Libya dossier that so far the Italian governments that succeeded each other from Renzi to Conte II have had: it is not the fight against illegal immigration that is at the top of the priorities, it is secondary as the emergency it could be drastically fought only by ensuring the stabilization of Libya.

Libya is a political, military and economic affair. Public order and Italian internal politics have nothing to do with it - or in any case they shouldn't - anything.

Photo: presidency of the republic of Turkey / US Department of State / ministry of defense

Mario Draghi spoke of Turkey as Italy's main trading partner in the region that includes the Middle ...
160
Read

The Mediterranean once again lends itself to being the ideal backdrop for those wishing to shift attention from Ukraine; ...
1369
Read

The international situation is evolving rapidly and there is no country that does not have to adapt. In an area of ​​course ...
8410
Read