Home geopolitics Analysis Russian troops are about to collide with ... 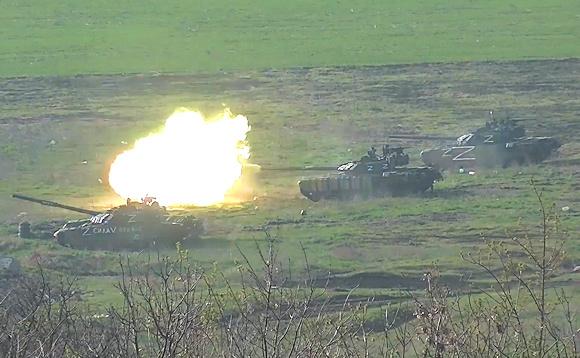 The Russian forces, now led by General Dvornikov, are making the same old mistakes in a new way: they fight on a very long front, still much more than a thousand kilometers, they have logistics problems as soon as they are more than an hour away from base camp, they recruit foreigners, often not even ex-Soviets, and mercenaries for what the Kremlin offers to the world as a "patriotic war"1, but above all they often end up colliding with obstacles built in the past decades by the Soviets, which Putin and his men should know well but almost whose strategic value they seem to ignore, if in the hands of Ukrainian forces.

You know, just to refer to the most sensational examples, the fortresses into which the Antonov airport and the Mariupol steel mill have been transformed? Not to mention natural obstacles such as the shallow seabed or the exceptional width of some rivers ...

Well, on either side of the lower reaches of the Dnipro River, Dvornikov and his troops are desperately trying to extend the tentacles of their control over the two cities of Zaporizia.2 - to the east - and Kryvyi Ryi3 - to the west -, despite being two densely populated centers - respectively, 750 and 630 thousand inhabitants, just under Turin and just over Genoa to understand each other -. The attempt is also carried out despite the fact that it involves an extension of the supply line that is unsustainable for today's Russia, but above all despite the fact that the two centers are the headquarters of two metallurgical and logistics complexes of the same size if not larger than Azovstal.

We remember: Azovstal is that industrial complex, with a bunker at the base of frightening dimensions and as deep as a six-story building, which the troops of Moscow for more than nine weeks have never managed to occupy even partially, despite the line of supplies are very short and the balance of forces between the besiegers and the resisters was at certain times ten to one.

Only the defenders belonging to the Azov battalion claim to have "ended" the lives of over one thousand hundred Russian soldiers in those parts in the last few weeks. If true, it would mean that probably between 5 and 10% of the huge Russian losses occurred in a few square kilometers.

Well, the Zaporzhstal and the ArcelorMittal Kryvyi Ryi, the equivalents of Azovstal in the two cities, are conceptually the same thing: two almost impregnable fortresses. Let's look at them below ... 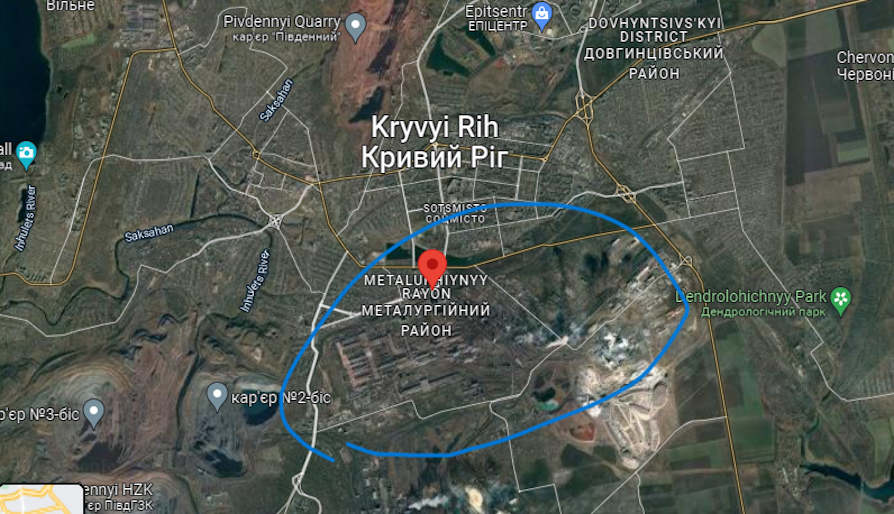 The Kryvyi Ryi logistic-industrial complex, first built in the XNUMXs and destroyed during the Second World War, was the largest steel plant in Europe during the XNUMXs. The entire area, including the gigantic factories of various metallurgical companies, is placed as a shield of the city, on the southern side, effectively protecting two of the three roads leading to the town from the south and allowing, however, to keep the third.

The steel company alone owned by the Mittal Steel group since 2005 can employ 20 workers: buildings above and below ground level must be in proportion ...

Given the experience of the Nazi invasion in the first half of the XNUMXs, it is not difficult to imagine that it houses a bunker and that it could constitute a bastion capable of causing unimaginable human and material losses for the Kremlin troops. 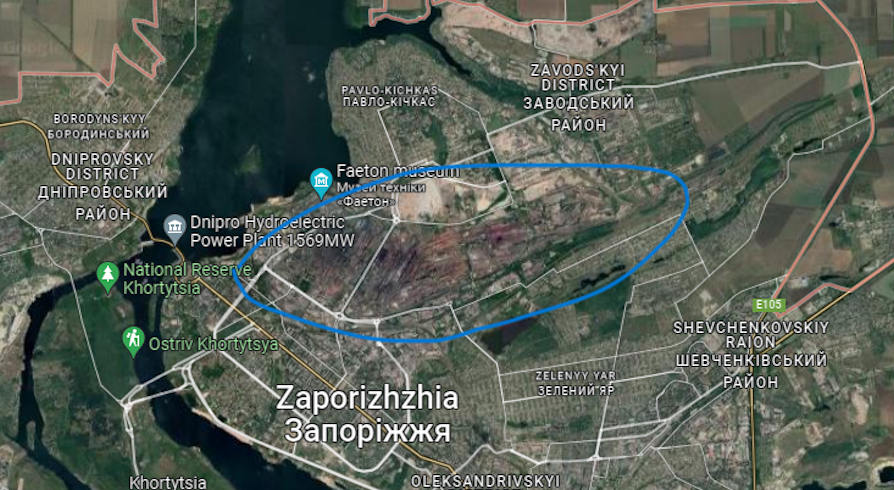 The Zaporizhstal has a similar history to the other, a less clear ownership, but above all a location in the center of the city frighteningly similar to that of the Azovstal in Mariupol: in practice, it allows you to block all transit routes on the south-north route and to keep an eye on the dam located on the Dnipro not far from the exceptional logistic-industrial complex, extending for a maximum length of nine kilometers and about one third wide. Among other things, Zaporizia is reputed to be the former capital of the Cossacks and is a particularly important city for the Ukrainian military and paramilitaries to defend.

What can we conclude? That even by razing the two cities to the ground and causing, according to the standards seen north of Kiev and Mariupol, the alleged loss of 50-100 thousand civilians, Russian troops could not get the better of these two fortresses, in which thousands of defenders could stand up to Moscow troops for many months. In short, as Pope Benedict XV would have said, it would be "a useless massacre".

The construction sites of the city of Mykolaiv, another important target of the Russians, deserve a separate note: placed on a bend in the very wide river, they promise to be able to turn into another death trap for attackers. This, however, is another story ...

What we are interested in making it clear is that many objectives of the Russian forces are not, so to speak, within reach, but require an exceptional investment of men and means, as well as political credibility, by the Kremlin.

If it is true, as many analysts say, that Russia cannot lose the war, it is almost certain that it cannot win it either.

1 The story of the mercenaries in a so-called patriotic war shows, according to our Andrea Forte, that "the elastic of the Russians is very short" as regards the resources to be used in this war

The international situation is evolving rapidly and there is no country that does not have to adapt. In an area of ​​course ...
8063
Read