Home geopolitics Analysis The fortunes of the Middle East also depend on ...

The fates of the Middle East also depend on Ankara's health 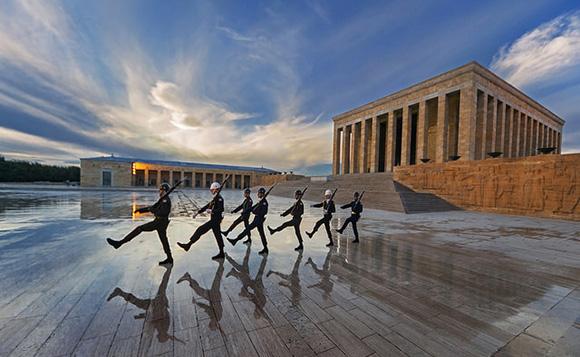 The Turkish political situation, in recent months, risks opening a new crisis in the Middle East. Turkish President Recep Tayyip Erdogan, not having obtained the absolute majority of the seats in parliament with the AKP party, has called for early elections for the next 1 November.

It is possible to identify a series of elements that form a critical picture of the Turkish question. Three dates are characteristic of a strategy of tension aimed at destabilizing Ankara: the 5 June 2015 a bomb explodes during a rally of the pro-Kurdish HDP party, killing four people; the 20 July 2015 a suicide attack kills thirty-two left-wing militants in the city of Suruç; on 10 October two bombs explode in front of the Ankara railway station, causing 105 victims, during a pacifist demonstration organized by leftist groups, unions and opposition parties to demand that the conflict between the Turkish security forces and the PKK end. But the national security system is put to the test not only by terrorist attacks but by the presence of ISIL members in the Turkish territories.

The Istanbul Police Anti-Terrorism Department recently arrested 53 people of Uzbek and Tajik nationality. Among those arrested are 24 minors suspected of being indoctrinated under the rules of the Islamic State group to be sent to fight in Syria. According to the intelligence services of Uzbekistan, an impressive number of about 5000 foreign fighters Uzbeks fight on Syrian soil.

It should be noted that the penetrability of the Turkish borders with Syria allows a greater shift of the ISIL forces to and from Turkey. Furthermore, the clash of Kurdish separatists in the south-east of the country does not allow Turkey's risk of fragmentation to be lowered. In this context, Turkey must also deal with economic stagnation and with the sudden exit of capital from the country. As Ankara is a member of NATO and an ally of the US in the fight against ISIL, it appears to be non-adherent to the Russian military strategy in Syria.

According to Ariel Cohen, senior fellow at think tank American Center Global Energy of the Atlantic Council, the agreement between Russia and Turkey, for the creation of a gas pipeline, is currently blocked. Ariel Cohen traces this consequence to two causes: the Russian intervention in Syria and the violations of Turkish airspace by Moscow planes. President Erdogan's statement to threaten the demolition of any unauthorized aircraft in Turkish airspace is known. A sign of the diplomatic break between the Russians and the Turks can be found in the statements by the Turkish Deputy Foreign Minister Ali Kemal Aydin who recently called for a return to cooperation for both countries.

Recently a Kurdish-Syrian delegation from the Kurdistan Democratic Party (Pyd), led by co-president Asya Abdullah, was welcomed in Moscow by officials of the Russian Foreign Ministry. Pyd represents a terrorist group for Ankara. The recognition, collaboration and official opening of Moscow towards Pyd, to combat ISIL, weaken the alliance between Turkey and the US for the management of the crisis in Syria. But the approach of the Russians to the Kurds demonstrates a new strategy for Moscow. Through this Russian-Kurdish collaboration, in the hypothesis that Erdogan is losing the next elections, Russia hopes that the future leader of Turkey will be able to establish valid political and commercial relations with Moscow. It should not be forgotten that the weakening of Turkey could indirectly weaken NATO, which needs a valid vigilant and observer of the Black Sea in full crisis of the Crimea.

Turkey is a country of minorities: Christians (Armenians, Greeks, Assyrian-Chaldeans); Jews; non-Turkish Muslims (Kurds, Lazi, Arabs). In the event that the state collapses into chaos, these minorities could demand territorial claims and the resulting fragmentation would make it more difficult to secure the entire Middle East area. In this case the Kurdish-Syrian and Kurdish-Iraqi forces, which currently control the vast areas of northern Syria and northern Iraq, could reunite with minorities in Turkey, to create a single Kurdish region and aspire to their own self-determination.

Whatever the outcome of the upcoming November 1 elections, Turkey will need a stable government that has the full confidence of the parliament, able to guarantee an effective program for the country, but above all to create a climate of détente on the national territory. The fate of the Middle East also depends on Ankara's health.

The international situation is evolving rapidly and there is no country that does not have to adapt. In an area of ​​course ...
5139
Read

The vote in the UN Assembly of the motion condemning Russia's aggression against Ukraine has ...
3092
Read