Home geopolitics Analysis The arms of South America: the bi ... 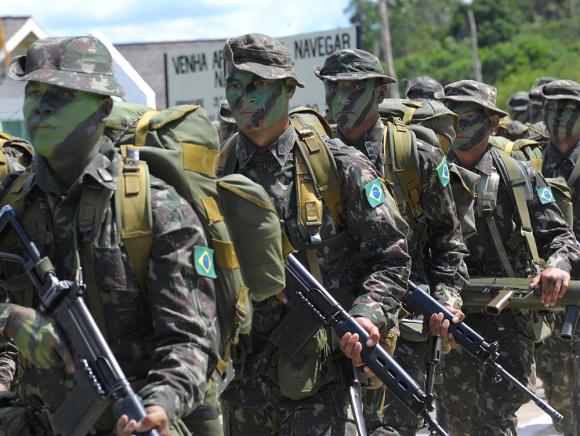 In 2016, the spending of the Latin American continent in favor of defense will undergo a strong increase, despite the fact that the economy is severely tested in the whole area.

Peru has allocated 2.198 million dollars, of which 176 will go to staff, the rest will be used to pay for ongoing programs, such as the C-27J, 308 MAN trucks, Sea Sprite helicopters and eight KT-1P aircraft. Approximately $ 2.500 million will also be allocated to security, in particular to police, fire, weapons and ammunition programs and ultimately to immigration security policies.

Panama will increase its defense budget by about 13%, while it is Honduras that is intriguing, with its spending increase, by about 60% compared to 2015. Colombia's program is peculiar: the expenditure compared to 2015 amounts to 6% more. About 10.500 million dollars are reserved and of this amount, 97% will be reserved for operating costs. The country has already convened 2.600 reservists with the aim of creating 12 "Special Battalions", intended for operations concerning programs on climate change and natural disasters.

Trinidad and Tobago achieve an increase in 35% spending, including the acquisition of vessels, vehicles and equipment. In addition to the purchase of vehicles in the Air Force and the Army.

Brazil is the country with the highest expenditure, a total of 33.000 million dollars will be spent on defense projects, the most expensive on the continent. In addition to the purchase of 36 Saab Gripens, the submarine development program, including the first South American nuclear submarine, ended in 2015.

Chile will allocate around 2.700 million dollars. Of this amount around 65% will go to personnel costs.

Only Paraguay, which significantly reduces the defense budget following a decline in 9%, goes against the trend.

Argentina, finally, if in the last 2015 announced worried the unjustified increase of military expenditure in the Malvinas by the United Kingdom by recalling UNASUR representatives and the United Nations Secretary, in 2016 does not yet make public its programs by way of also of the various political and presidential changes that have recently taken place in the country.

As was widely expected, during the Summit of NATO Heads of State and Government in Madrid, Finland and Sweden ...
4113
Read

The international situation is evolving rapidly and there is no country that does not have to adapt. In an area of ​​course ...
8386
Read

The vote in the UN Assembly of the motion condemning Russia's aggression against Ukraine has ...
3234
Read